It would be dumb to compare Bill Chait’s new 150-seat restaurant Petty Cash Taqueria to Playa, the Sedlar restaurant it’s replacing in that space on Beverly Boulevard. The two are completely and obviously different from food to decor to ambience.  There are now picnic tables, street art and shuffleboard! But when looking at it from the perspective of a vegetarian who lives in the area and is always on the hunt for tasty veggie options paired with well-crafted cocktails, well, it’s hard not to be grateful for the differences. I live in Mid-City and as much as I wanted to make Playa my stomping grounds its pricey, meat-intensive small plates prevented that no matter how much I loved the cocktails there.

But when I joined foodist friends Sunday for dinner and cocktails at Petty Cash, I knew I had my next Foursquare mayorship in the making. Chef Walter Manzke (Church & State) who collaborated with Guillermo Campos Moreno of Baja’s Tacos Kokopelli created so many wonderful vegetarian options of reimagined street food favorites, from the mouth-watering charcoal-roasted portobello mushroom tacos to the “Roof Top” baby green salad that was, yes, harvested from the roof top “Cielo Verde” garden that still remains from Playa. There just are no real misses here. Thank goodness! Usually when I join friends at foodie-favorite hot spots, where chefs tend to show off with meat dishes, there is a dearth of things I can actually eat and I go home dissatisfied. Not complaining, it’s just how it is. But here I gorged myself to the point where I just about had to be wheelbarrowed from the restaurant.  Good stuff.

The food menu is broken up into five categories of “The Munchies” appetizers, “California Home Grown” salads, Ceviche Bar, Quesadillas and Tacos and each one, save the ceviche of course, has a veggie option. So as a vegetarian you’re still able to keep up with your meat-eating friends pretty much course by course. However, there may be moments when you have to fill in the downtime with chips as the meat dishes still out-number your options. Bonus going with meat eaters, though, is that you pretty much get your dishes to yourself. 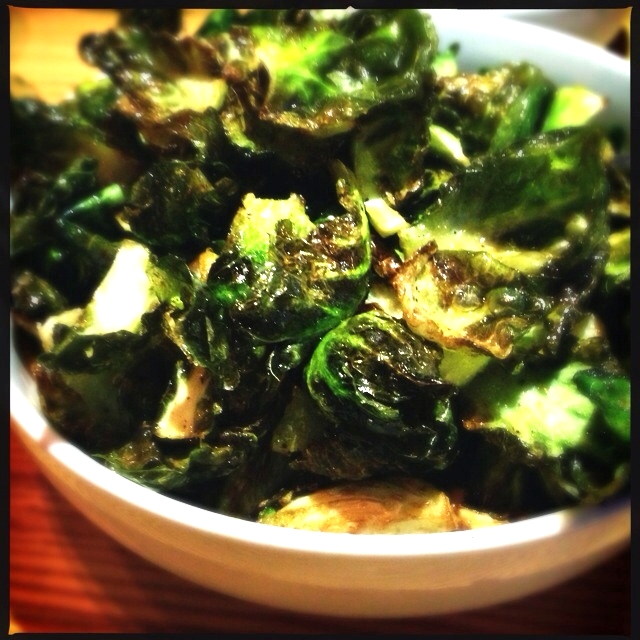 Crispy brussels sprouts with morita-cauliflower crema. MY FAVE! All the brussels sprouts leaves were baked crispy. The only thing is I could have done with less crema. It’s all on the bottom of the dish so next time I’ll just skim the leaves off the top instead of mixing them in. 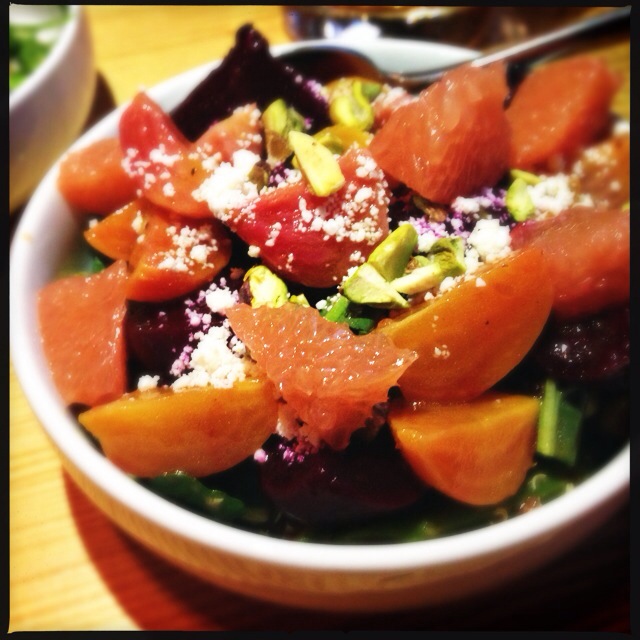 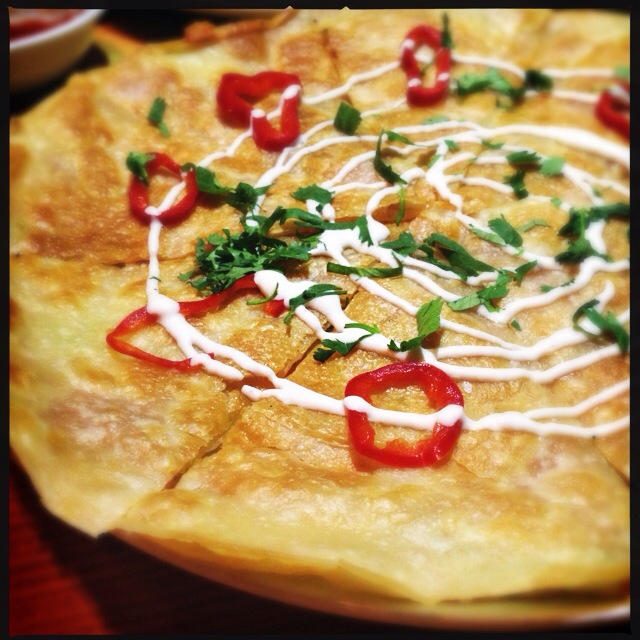 Pocho Style quesadilla with flour tortilla, zucchini flower, jack cheese and crema. A standard quesadilla but fortunately not fat with cheese. Pair this with a salad and you’re set. 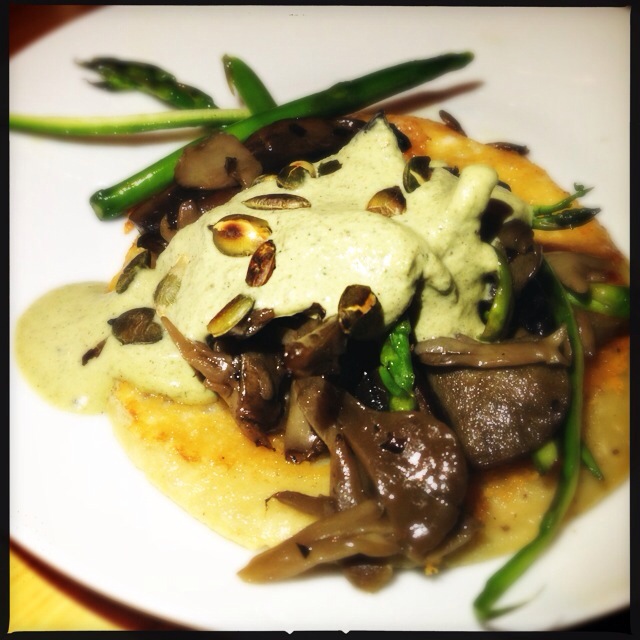 Charcoal-roasted portobello mushroom taco with asparagus, jack cheese and pipian. So savory. One of two veggie taco options, so get two of these. Definitely preferred it to the second taco option, Dorados crispy rolled tacos. 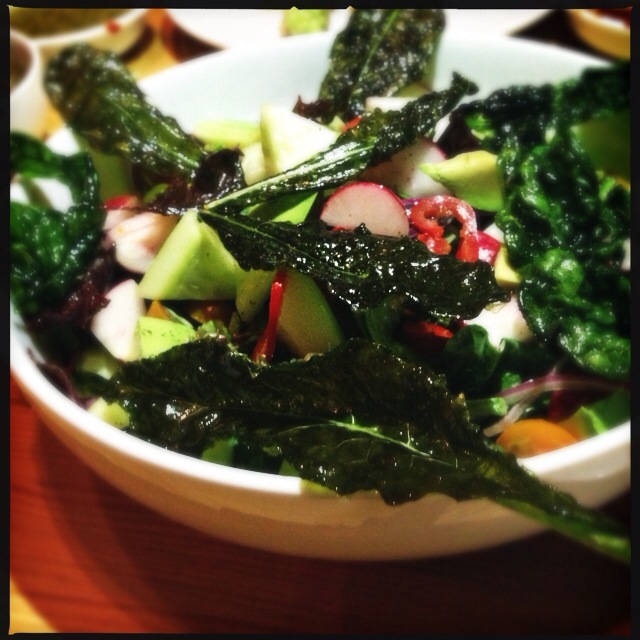 As in Playa, the cocktail program here was created by Executive Beverage Director Julian Cox but the list is shorter with three cocktails on tap and six specialty ones. You’ll recognize the “Fly by Night” from Sotto as well as a nod to San Francisco’s Bon Vivants. For those seeking other imbibing options, there are also daily $3 shot specials, four beers on tap, a “beer cellar,” and a collection of agave spirits hand-picked by the incomparable Bill Esparza,  Street Gourmet LA blogger and LA Mag Digest compadre. That wall behind the bar that was jampacked with bottles and bottles of spirits during the Playa days now has a bit more empty spaces with some decorative bric-a-brac thrown in.

I didn’t get to run through the entire cocktail menu but between my friends and I we were able to cover most of it.

Even though its name conjures up unsavory images of Borat, the Banana Hammock cocktail (pictured at the top) was the favorite of the bunch we tried. This is the cocktail you dream about having on your tropical getaway to some white sand beach. Not just because of its tiny pink umbrella but because of the combination of rum and bananas. 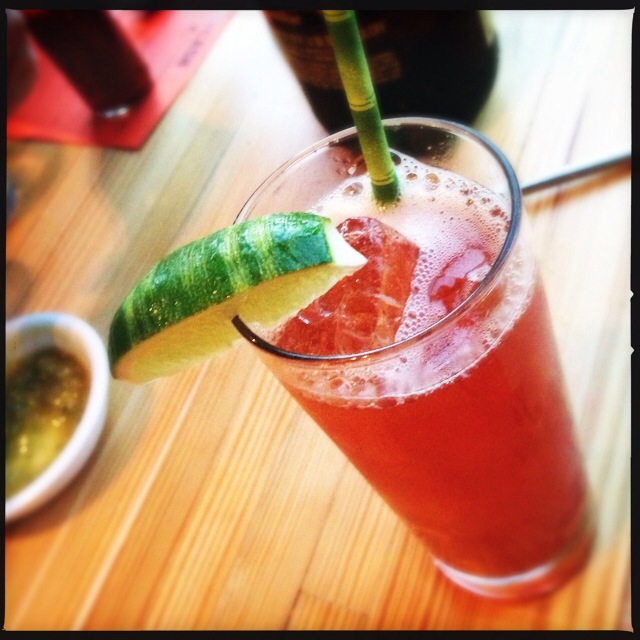 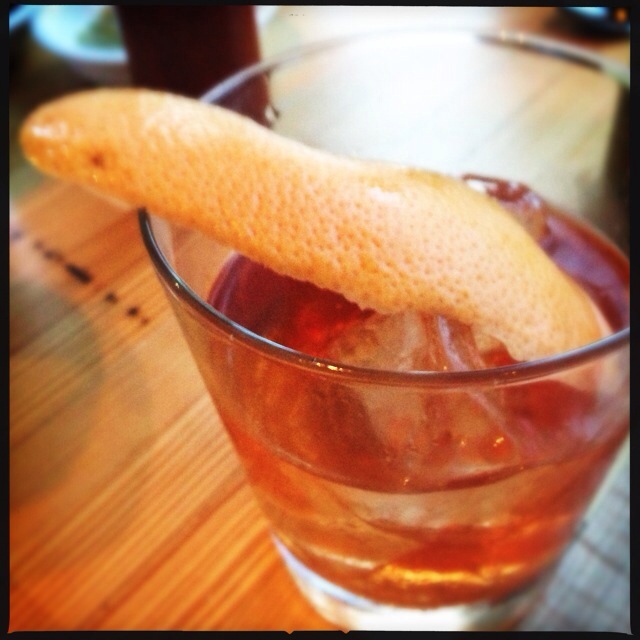 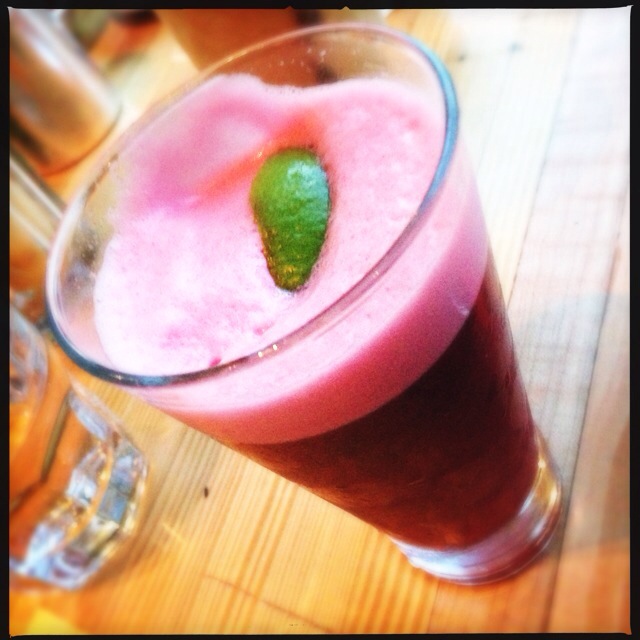 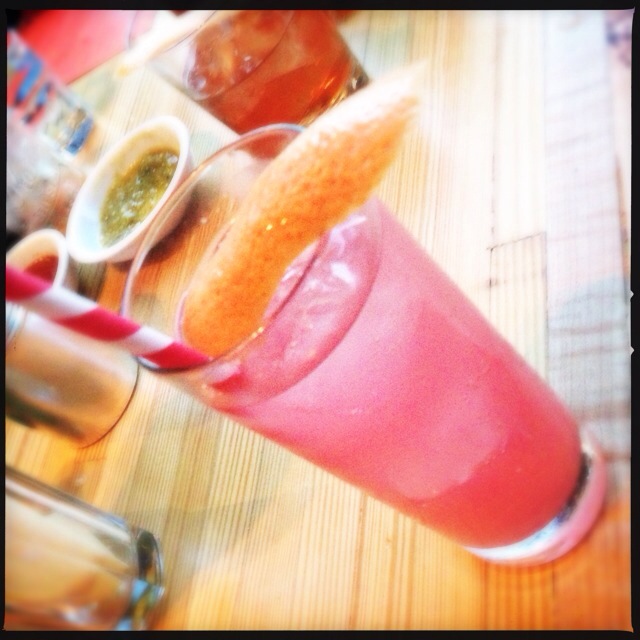