The Sophia cocktail at Crossroads. It’s crafty AND it’s vegan.

When Crossroads Kitchen first opened up on Melrose, I was so excited. Fine dining with vegan food by an Oprah-approved chef plus vegan cocktails? Being a vegetarian myself, I was sold! It’s nice to have that option of dressed-up vegan dining. Usually I’ll hit up M Cafe, Native Foods or Veggie Grill in my sweats. But here was a place where I could actually go on date night!

When the restaurant first opened up in March, mixologist Gaston Martinez did the cocktail menu. Now, he’s a world-respected bar guy and everything but frankly I found his drinks too sweet and frou-y for my taste. Wayy too sweet. So when Jeremy Lake (Playa, Rivera), who was with Crossroads since it opened, took over the bar program needless to say that was the best news ever, and a good move for the restaurant. That dude, who’s trained and worked with Julian Cox for three years, makes solid, well-balanced classic-inspired cocktails. Can’t go wrong with his creations.

But I still had to check them out. So here are the ones I tried during a hosted tasting. (Here’s the complete cocktail menu for your perusal. Yeah, the drinks are cha-ching at $15 a piece.) Again, these are all vegan-friendly so they don’t use egg whites, cream, foam or regular sugar!

Sophia:_ Alipus mezcal, tequila blanco, lime, grapefruit, Kalamata syrup_. It’s like a smokey Paloma. Doesn’t taste as polarizing as the ingredients would lead you to believe. The Kalamata syrup gives it a subtle silkiness initially. 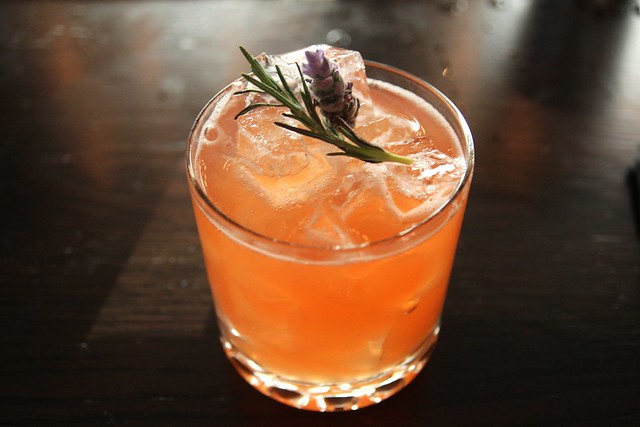 Shotgun Willie: Jeremy roasts rosemary over the top so it’s herbaceous, smokey and aromatic. Even though both rums are infused with dates, it still comes across subtly as a candied flavor. Love the rosemary and lavender on the nose. Very approachable. My favorite of the bunch. 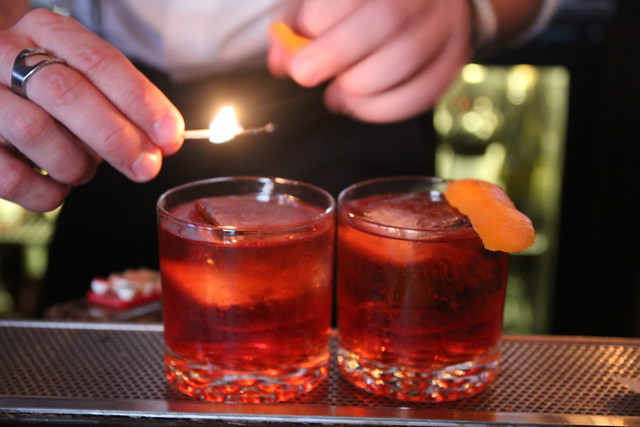 Mt. Tam Negroni: If you’re a fan of Negronis, you’ll love this one. Jeremy uses the St. George Terroir gin, a foresty botanical gin, which he says makes a really good Negroni. 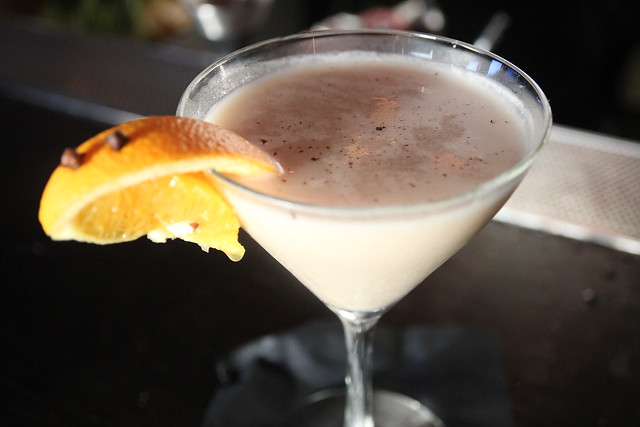 Kings of Leonidas: A vegan White Russian! Surprisingly the coconut flavor isn’t as prominent as you’d think, thanks to the coffee. I love how it’s not as heavy as your typical White Russian but it’s not thin either. Makes it easier to guzzle. Great way to end a meal and a night.