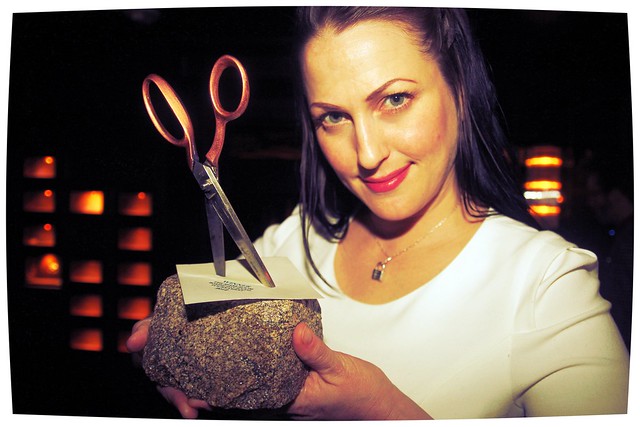 I am now the owner of a brand-new $100 bar tab at Spare Room with an hour of bowling and a round of drinks at the Magic Castle with bartender Joshua Lucas! I scored the winning bid in a hard fought bidding war against Hemingway’s big guy Alex Straus. He don’t scare me! Oh yes, this went down last night at the 2nd Annual Boxing Day Social, a charity event masterminded by beverage director Naomi Schimek to raise money for downtown’s Hospitality Kitchen (aka Hippie Kitchen). In total the night raised $3,447, exceeding last year’s $2,000!

In the last couple hours of the event, the bar tab auction took place. After a night of cocktail punches and a Rock Paper Scissor tournament, the crowd had thinned out a bit til it was mostly people from the L.A. cocktail community crowding around emcee of the auction, Aidan Demarest of Neat bar owner and Elit by Stoli ambassador. But unsurprisingly Aidan did a great job rousing the group, motivating them to bid high and often. This year the highest winning bid for an auction was $600, up from last year’s $200.

Here’s what/who was up for grabs along with who won them: 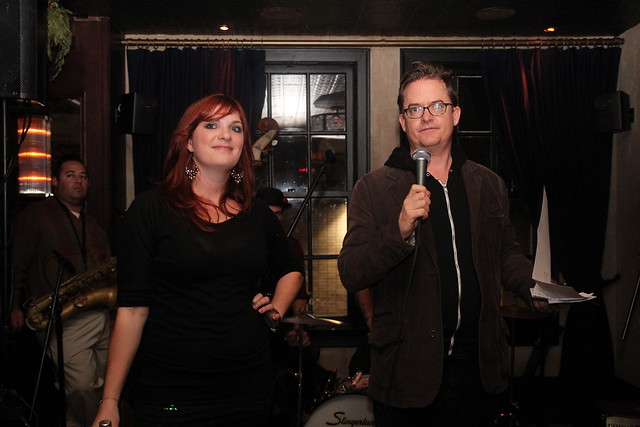 The Eveleigh’s Kiowa Bryan was the first up for auction.

The Eveleigh‘s Kiowa Bryan and a night at Writer’s Room was bought by a handsome man named Jake for $240. 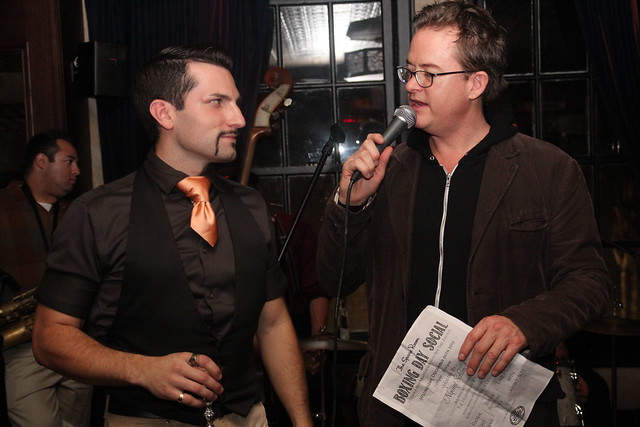 Lookie what I won!

I won Joshua Lucas, woo hoo! Six friends and I get that amazing night of drinking, bowling and magic in Hollywood! 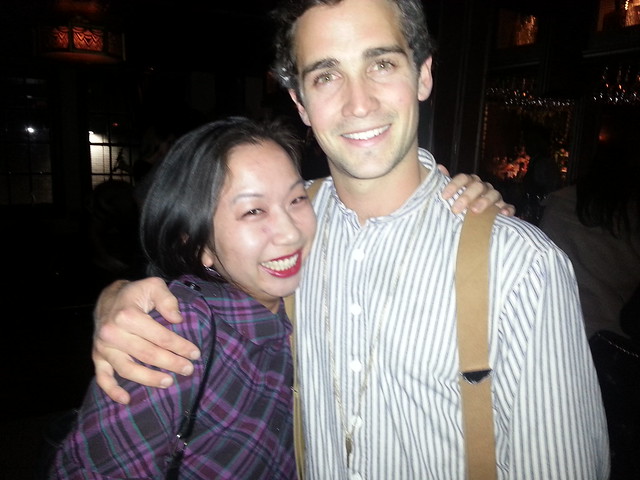 The Spare Room’s young bowling attendant Spencer Falls came with a night at Eveleigh, a free hour of bowling at Spare Room and half a bottle of Maker’s Mark he had in his van. EstarLA‘s Esther Tseng won him for a bargain of $90! 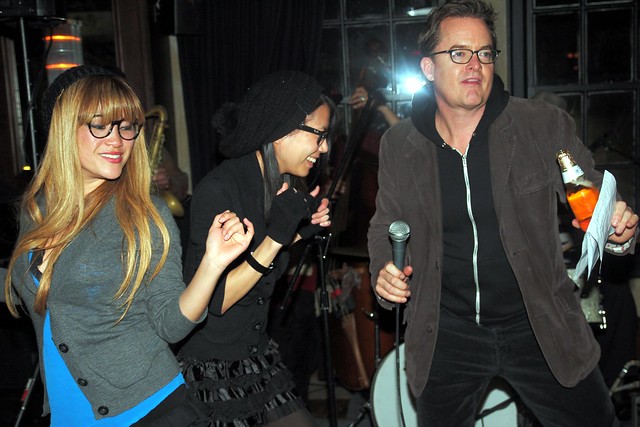 Aidan almost stole this auction — a night at Las Perlas with Jaymee and Cari — from everyone.

Bartenders Cari Hah (Neat and Cole’s) and Jaymee Mandeville (Drago Centro) were snatched up by Savory Hunter‘s Aaron Tell and Nish Narayan. The lucky pair scored a $200 bar tab at Las Perlas plus custom made sangrita for $450. 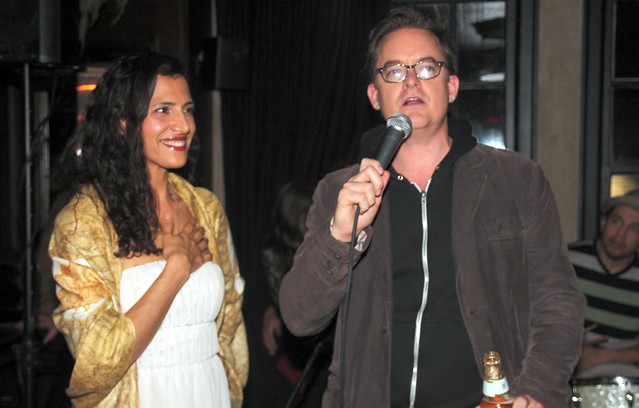 Bartender Zahra Bates (formerly of Providence) came with a bar tab at Providence and then a dinner at Spago! 213 Nightlife’s Cedd Moses had the winning bid at $500. Lucky bastard. 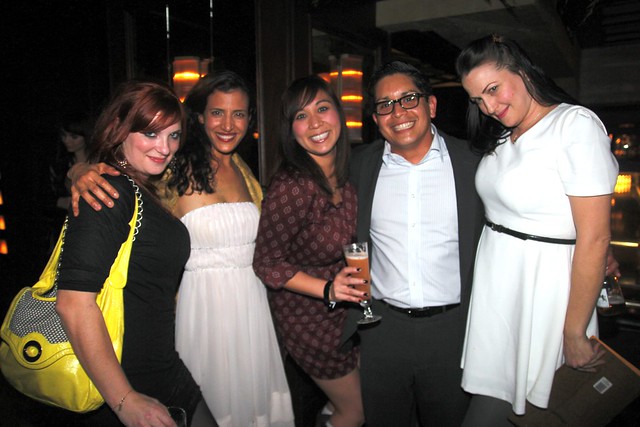 If anyone is lucky, it’s Marcos Tello. 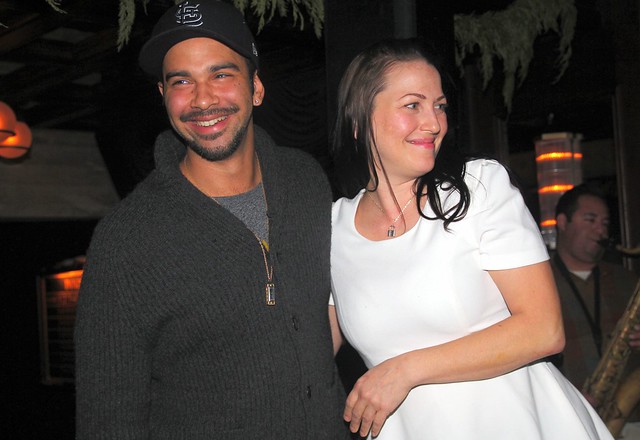 The night these two were promising would bruise the liver of even the most experienced drinker.

And finally was the surprise auction of Naomi and Julian Cox who offered a personal Red Line pub crawl starting at the Spare room and ending at Bestia with a surprise bar visit at every stop on the train! Aidan, Cedd and Alex Straus joined forces and $600 to win the auction. Needless to say, Naomi said that she may need a liver transplant afterward.

It was a damn fun night which was furthered by the fact that we were all doing this for a great cause. After the auction, Naomi expressed how touched she was that the L.A. cocktail community came together to make her event a success. It was pretty cool. Now to schedule my Magic Castle night!