As much as I love sunny days in L.A. I love this chill in the air. Perfect for cuddling and, oh, the delicious cocktails that showcase the best flavors of the season, flavors that comfort as well as evoke special memories from this time of year: pumpkin pie for Thanksgiving dessert, apple cider for nights in front of the fire, milk for sleepless nights and even cigarettes when you just want to get out of your parents’ house on T Day. Here are some tasty fall cocktails from around town. 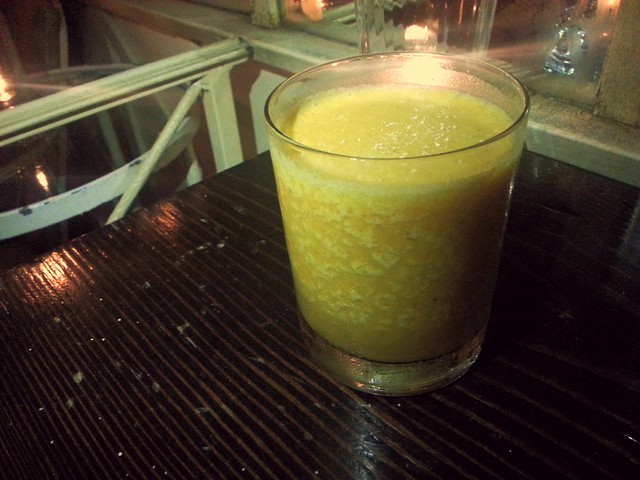 Back when “martinis” were all the rage, I used to LOVE pumpkin martinis. Now that I’ve gotten a bit pickier I went in search of well-crafted pumpkin cocktails that offer more than pumpkin schnapps.

The Detroiter by 320 Main

We may not have a lot of apple orchards down here in L.A. but the scent of apples still signals autumn for a lot of us.

320 Main‘s Detroiter: This beer cocktail by bartender Jason Schiffer was inspired by home. “Being a Michigander, I miss having a real fall with the sweet smell of apples and the smokey burning leaves in the air. Its flavors are inspired from the smells of fall in Michigan,” said Jason.

Add all ingredients to the shaker and shake hard without ice to flatten the beer. Add ice and shake again for about 10 seconds. Strain over fresh ice in an Old Fashioned Glass and top with fresh IPA. Garnish with a grapefruit twist. 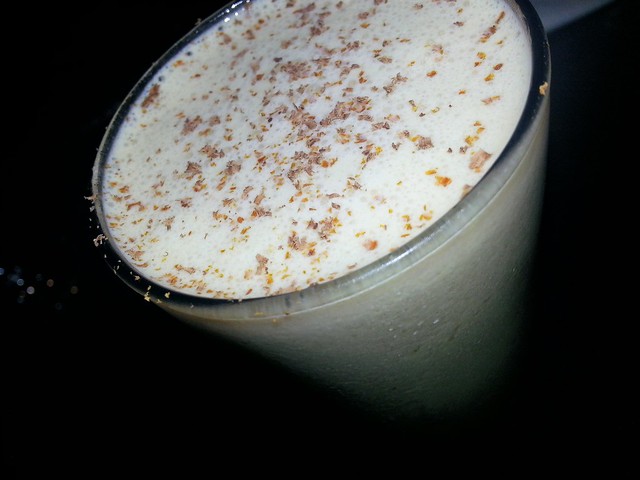 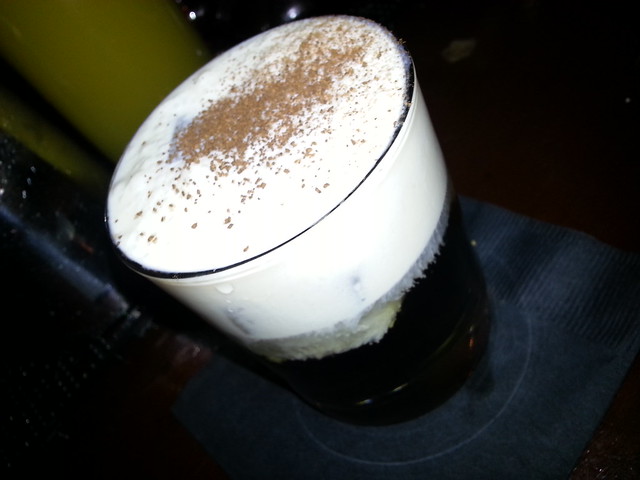 I usually don’t do dairy but when it gets colder out there’s nothing more soothing than a rich, creamy cocktail.

Cole‘s White Russian: Karlsson’s vodka, Cafe Lolita, blended whipped cream. OK, this is one of the best White Russians ever. All the best parts of this old favorite — creamy, rich and potent — without that milky heaviness.

Stark Bar’s Coffee and a Cigarette

OK, so these aren’t really made with cigarettes but they were inspired by that vice. Forget smoking on that cold fall night and suck down one of these.

The Stark Bar‘s Coffee & a Cigarette: El Dorado 12 yr rum, Cynar, Punt e Mes, espresso dust, smoked cinnamon. Even though it sorta looks like someone disposed of their ciggy in your cocktail, it’s still a delicious drink. A nice balance of bitter and sweet with the warm aroma of cinnamon. This is off bartender Paul Sanguinetti’s upcoming winter menu so it’s not available yet; maybe in a couple of weeks. But if you see him before then, ask him to do it up for you.