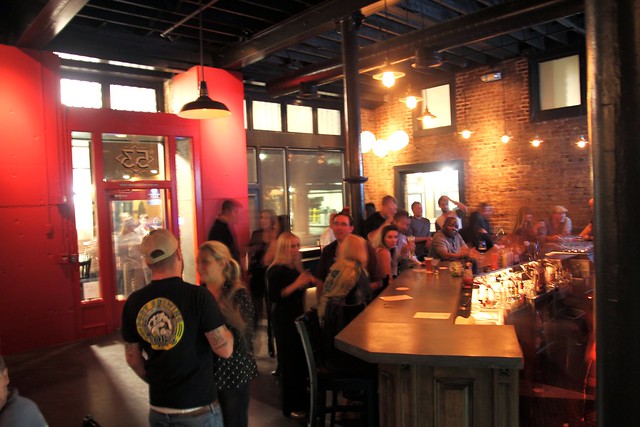 Beer guy Ryan Sweeney’s new bar, The Blind Donkey, opens tonight in Pasadena. But it’s not focused on craft beer. Gasp! Actually it’s all about the whiskey. 68 bottles chosen by partner John Bower who’s a whiskey guy and the one who envisioned this contribution to Old Town’s drinking scene.

John felt that Pas could use an approachable, casual place to grab a drink and at the same time wanted to showcase his favorite booze. So here, those unfamiliar with whiskey can purchase 1- or 2-ounce tastes of whiskey for half price so you won’t be afraid to try something new. And if you wanna take things even further, there are flights available:

Naturally, since Ryan is involved, there is a carefully curated list of 10 beers on tap, beers which he says he picked for how well they complement whiskey. Currently they have stuff like Kern River’s Just Outstanding IPA which Ryan loves, Craftsman’s Edgar’s Ale and Wandering Aengus’ Anthem Cherry cider. Ryan and John said that they’ll post featured boilermaker combos that will change up with the constantly rotating tap list.

There are specialty cocktails ($10 each) but not like cocktail-serious neighbors 1886 or Trattoria Neapolis. Rather to keep in line with the whole “approachable” appeal, these will be made with “ingredients you can pronounce,” said John. Here’s the opening list:

The Blind Donkey opens tonight! For more about what to expect from the new bar, including its seasonal drinks and food menu, check out my piece in LA Magazine’s Digest blog.