Everything I Drank This Week: From Lardo-Washed Bourbon to Barrel-Aged Brooklyn 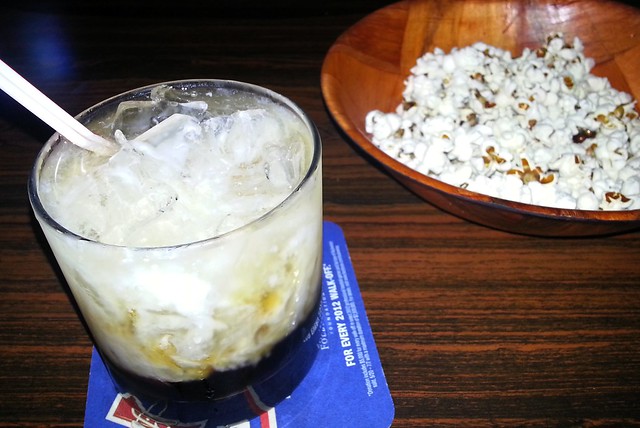 My liver sorta took a little break this week as the drinking was lighter than it usually is considering I didn’t have any events to go to. But I did still manage to get some good hits in, from fall-inspired sweet potato cocktails to barrel-aged classics. And surprisingly it seems that bacon-washed bourbons are making a comeback. 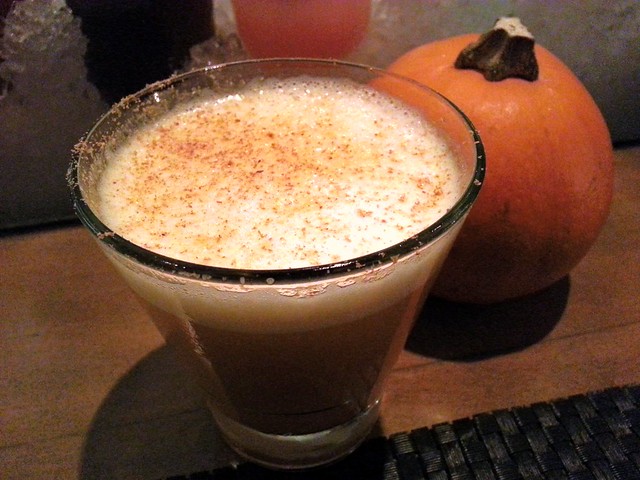 I hadn’t planned to go out but suddenly was hit with the overpowering urge to revisit an old dive bar I frequented back in the day. So I sent up the bat signal to my friend Dave, a dive bar regular, to join me at Lost and Found in West LA. But on my way over I stopped by at Picca to fortify my stomach with that pumpkin quinoa that I love so much. And wanting to make sure that I hit my daily requirement of one well-crafted cocktail a day, I went with the new fall cocktail Sweet Papa Zarate which sounded like the perfect complement to the quinoa. And it was with its aged demerara rum, sweet potato, cinnamon syrup, lemon, clover honey, baking spices, egg white and nutmeg. Talk about comfort food. I felt so cozy and happy afterward.

Followed that up with a couple of $5 gin and tonics and a White Russian at the L&F. Dive bar classics that were supplemented with several bowls of stale popcorn and Motley Crue on the jukebox. Rock on.

Sotto’s cocktail-and-pizza happy hour special is the perfect way to kill time during rush hour. Pick any pizza and any cocktail for $19, regularly $26! It was originally a summer special but has thankfully been extended. For my choices I went with the Guanciale pizza topped with house cured pork cheek and the Elijah Minnelli lardo-washed bourbon cocktail. Unfortunately the cocktail, although beautiful, had a cinnamony-finish that interfered with the pizza’s flavors. Fortunately the somm at Sotto set me up with _Lettere sparkling red wine _that complemented it so much better.

I don’t go out on Halloween. The stress of finding a costume and a party is too much. Plus, I’d rather drink in the safety of my own home. Damn, crazy costumed kids running around outside. So there I stayed and hosted a scary movie screening for some close friends. We ordered up some Chicago style pizzas form Hollywood Pies and broke out the good booze like Botanist gin, Macallan 10, etc. I mixed up some Vespers, trying out Tempus Fugit “Kina L’Avion D’Or” Vin Aperitif au Quinquina which made for a spicier and less sweet cocktail. HC of LA/OC Foodventures busted out some _American Trilogy_s, one made with bourbon and the other with rye. Definitely preferred the latter which was more complex.

I’ve been meaning to return to Trattoria Neapolis in Pasadena ever since I first checked it out during a Sporting Life event. I mean, it’s got a trifecta of booze greats behind its liquor program: the Beer Chicks did the beer, VP of North American Sommelier Association Diego Meraviglia the wine and the godfather of the LA cocktail scene Vincenzo Marianella did the cocktail program. Riiight? Too bad it’s so far away from my house. Fortunately after securing a designated driver, my boyfriend, I felt free to explore the cocktail menu.

Now, normally I’m not crazy about barrel aged cocktails. Don’t like how they mellow out the booze. But at Trattoria they are currently aging three different aromatic cocktails: a Brooklyn, Death & Taxes and Negroni. Head bartender Ken Baranda said that the cocktails’ time spent aging will vary. He’ll regularly check them to see when they’ve reached a peak in flavor but it’ll usually be for several weeks instead of months, which turns out I prefer. The barrel aged Death & Taxes with scotch, gin, Benedictine, orange bitters and the _Brooklyn _with rye, dry vermouth, orange bitters and maraschino both still retained a bit of their bite. I finished off the evening with a couple of cocktails off the new late night menu: the Aperol Slushie (Aperol, simple syrup, gin, lemon, Angostura and liquid nitrogen), which was a delicious end to a meal, and the too-light-for-me Beer, Bourbon & Bacon cocktail with bacon-infused bourbon. Despite its man-magnet fixings, the beer used to top it off watered it down a bit too much for my tastes. Still, I could see sipping on this for brunch rather than late night.