The sun was downright oppressive shining down on the western side of the Pub at Golden Road Brewing in Glendale where Food GPS’s 4th Annual LA Beer Float Showdown took place. So would-be beer float judges took their beer floats into the pub for further examination and to escape that dang blasted sun. Of course they didn’t let the heat deter them from going through all five contestants at this year’s showdown. With foodie-heaven-paired breweries and restaurants creating beer floats, what’s a little 100-plus-degree heat?

For the showdown, contestants offered an array of floats from the crazy unusual to safe mainstays. There definitely was something for everyone here but there could only be one winner. Well, OK, TWO winners. Yup, for the first time in the contest’s (short) history, there was a tie: Strand Brewing Company and Short Cake‘s sour cherry float tied with last year’s winner Eagle Rock Brewery/The Oinkster who brought an ingenious beer-amisu.

Definitely a hard fought win. Here’s a look at the contestants.

Personally the beer-amisu was my pick to win. Not only did it combine two of my favorite desserts but the espresso mascarpone ice cream echoed the Intelligentsia coffee flavors in the Stimulus beautifully. The bitter, the richness. Originally this beer-amisu idea came from the beer guy at the Oinkster for last year’s contest so Chef Andre Guerrero pitched it to the ERB guys this year and they loved it. It was the only float I finished, tapping last drops into my mouth. 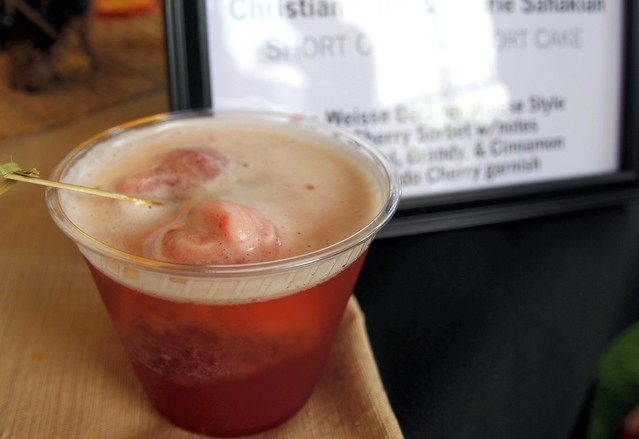 Strand Brewing/Short Cake’s beer float tied with Eagle Rock/Oinkster’s for the win. The team paired the cherry sorbet with this beer to give the float more depth and tartness, thereby making it more refreshing. On a hot day, it was a satisfyingly bright alternative to the richness of the Beer-amisu. This sour cherry float was so simple. Nothing crazy. Just beer, sorbet, garnish. But the flavors of the sorbet and beer married together amazingly well. Finishing sweetly with that Luxardo cherry. It really didn’t need anything else. 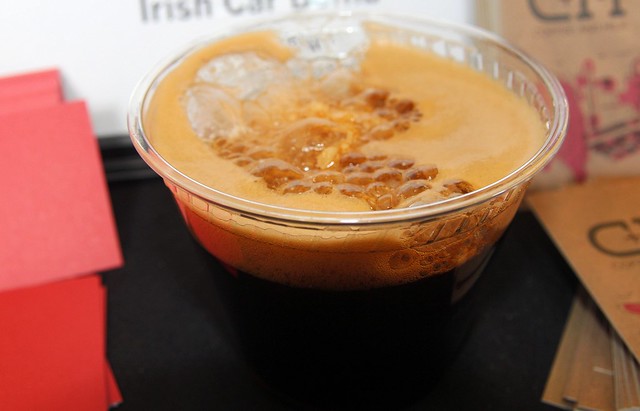 As much as I love porter and this Irish cream ice cream, this float was a safe bet. I mean, who doesn’t love these flavors together? Even though the Pop Rocks gave the float that something extra, a sizzling finish, it wasn’t enough to make it stand head and shoulders above the competition. However, everyone seemed to love the ice cream, going up for seconds and sneaking thirds. Fortunately, the team had brought enough to accommodate such requests. 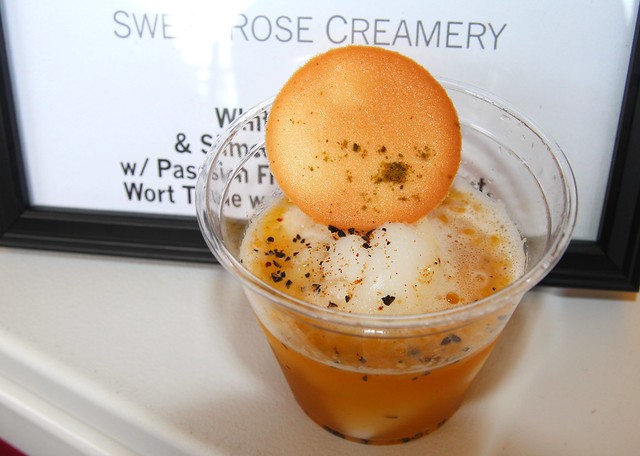 The passion fruit and fruitiness of the sorbet enhanced the hoppiness and the tropical flavors of the IPA and made it perfect for enjoying on a scorching day. The molecular gastronomy of the passion fruit pearls was a fun touch. 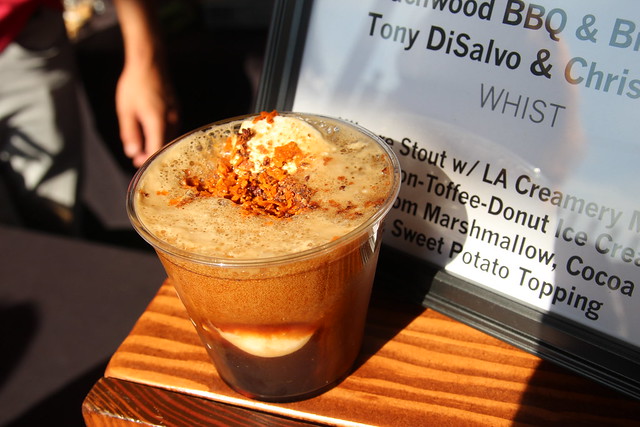 This float had a lot going on and looked great on paper. Unfortunately after you devoured all the sweet stuff, you were left with a really bitter-tasting beer. The elements of the ice cream and marshmallow just seemed to make the moderate bitterness of the stout more pronounced and therefore unpalatable.