Believe it or not the scruffy guy above, Nick Vitulli of the brand-new The Famous bar in Glendale, used to work at the high-falutin £10 at the Montage in Beverly Hills. (Here he is without the beard and hat.) Not only did he tend the bar but he created the cocktails that still exist on the luxurious whiskey bar’s menu. Nick used to have to shave every day, watch his language and serve a very small, premium selection of booze, which included stuff like Macallan 57 Year Old, to people who had to make reservations for a bar stool. But at his new The Famous bar, he’s like a former Catholic school boy on a tear…but in a good and boozy way. 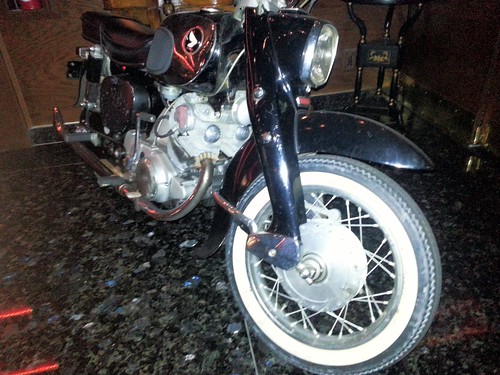 Nick parks his bar in front of the first service well.

Not only has he gone full lumberjack with that beard but he parks his motorcycle IN the bar. And after being limited to a few choice bottles at £10, his new bar’s shelves are packed with a hand-picked selection of quality booze, with a focus on whiskey. Mainstream drinkers may not find their default brands like Maker’s Mark, Patron or Grey Goose but Nick and his well-trained staff — comprised of guys he used to work with at The Association, the Montage and Harvard and Stone (including former H&S head bartender Matt Wallace) — are all about educating.

And even though The Famous is located right across the street from the monstrous Americana on Brand mall with its mix of soccer mom shoppers and tourists, Nick said that the neighborhood has taken to his cocktail-serious bar. “People have been extremely receptive to trying new spirits they never heard of, like whiskeys specifically. We don’t carry Maker’s Mark, we don’t carry Jack Daniels… But we have things we can offer people and we’re kind of offering an educational experience.

“It takes a little more time to explain, but that’s fine. It’s kind of what I’m hoping to do. To bring something to an area of town where people just aren’t used to this.” Even the opening cocktail menu of 10 drinks ($12 each) offers gateway drinks to ease folks into the wonderful world of craft cocktails. The recognizable Moscow Mule here is the Russian Std. Mule with housemade ginger beer. The French 75 is based on the original cocktail menu which uses cognac instead of gin.

But of course there are libations for “serious” drinkers, like Nick’s namesake cocktail, The Vitulli, and The Captain, a sort of rum Old Fashioned. Here are a few of the ones I tried at a hosted tasting.

What I Drank at The Famous Bar 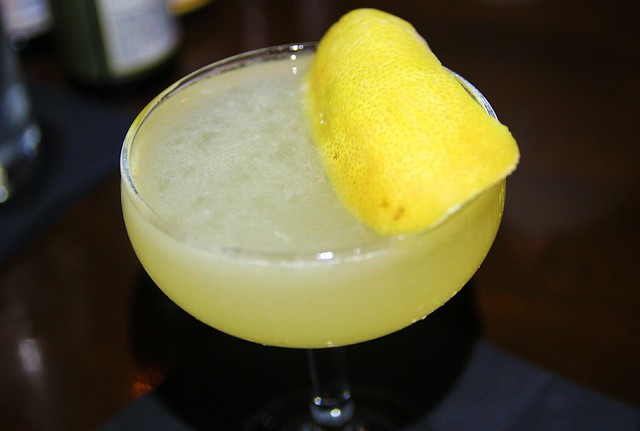 This cocktail, which does NOT contain vodka, is named after an inside joke among bartenders. Apparently there are people who DO order a Grey Goose AND vodka. This one is actually a gin cocktail, and a damn fine one. Light and approachable, it serves as the perfect entry-level cocktail for those afraid of the taste of alcohol, as well as those who legitimately want a Grey Goose and Red Bull. By the way, the bar doesn’t even carry Grey Goose but rather “things with character” like Death’s Door and Tito’s. 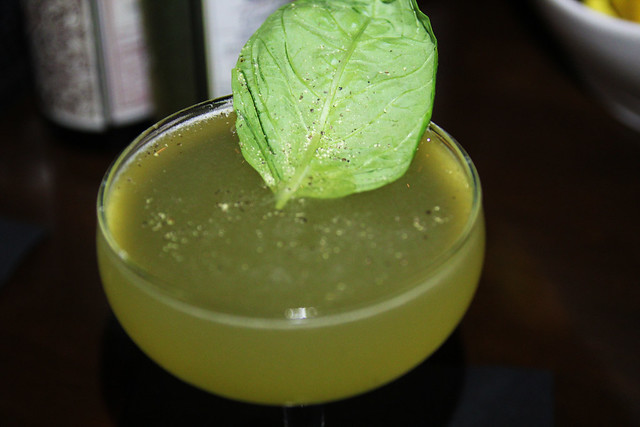 Nick had actually developed this aromatic cocktail for Scarpetta when he was working at £10 in the Montage Beverly Hills. Named after a song from one of his favorite bands, Alkaline Trio, it’s a gorgeous, well-balanced cocktail that Nick describes as a pizza with its pepper and basil. Will go perfectly with the pizza from the pizzeria that is scheduled to open up next door to the bar. Nick says that they’ll open up a hole in the wall to connect the two venues and ease food service. 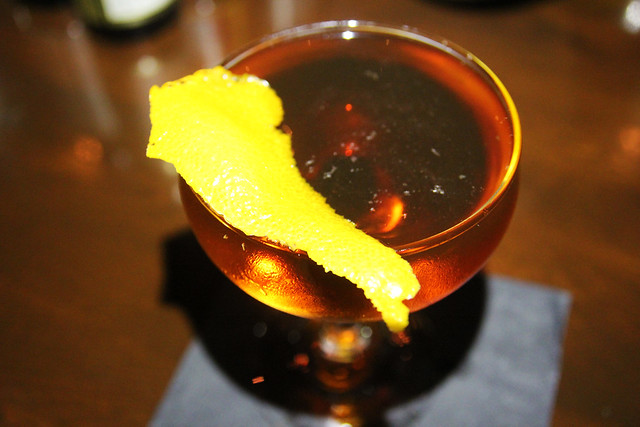 Nick put his name on this one because it’s his favorite, even though he guesses it’ll be the lowest selling one off the list. “I feel like that’s a cocktail drinker’s cocktail,” he said. Basically a Manhattan with Fernet Branca, it may be off-putting to the uninitiated. But for bartenders who live off Fernet, it’ll be their go-to cocktail here. Surprisingly the Fernet doesn’t overpower the drink but rather prolongs its finish and its experience.

This opening menu will run for about a few months before it’s changed up to make way for the winter menu. Oh, and look for an aged Vitulli cocktail to pop up. It’s actually aging right now in that small barrel sitting on the bar.

Leave it to a well-executed cocktail bar like the Famous bar to make a far-flung ‘hood like Glendale seem so much closer. I’ve NEVER been to the Americana til I visited the Famous for the first time a couple of weeks ago. But having gone twice the last couple of weeks, I find myself wanting to return. I like sitting at that bar, the fact that the TVs show old movies (they showed Breakfast at Tiffany’s when I requested it!), that there’s a variety of seating areas — from bar stools to high tops to lounge, and that everything tastes so good. It helps that the staff is extremely skilled and knowledgeable without a trace of pretension.

And with the nearly one-year-old Neat bar on Pacific Avenue so close, Glendale is a must-do drink destination. My Uber bill is gonna be huuuge.