Erik Lund’s Cocktail Program at MessHall Los Feliz: No Club Drinks, No Shortcuts and No Olives

Some things you won’t find at the cocktail bar in Los Feliz’s new and much–buzzed–about MessHall restaurant: standard martini glasses, olives and St. Germain elderflower liqueur. Why? Bar director Erik Lund (formerly of Rivera), who took over the cocktail program from Julian Cox, basically doesn’t want to serve club drinks (martini glasses “look so tacky,” martinis should be served with a twist and using St. Germain in a cocktail is “cheating”). 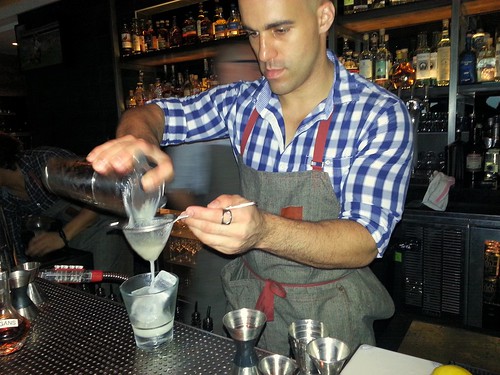 But those looking for Cosmos will be directed to the Jack Rose or get served an alternative bright red drink in a coupe. “It’s like a placebo effect,” explained Erik. “If they see the bright color, they’ll already start to like it…Once you see the color and you’re already thinking, ‘OK, this is sort of what I want.'”

Not that the MessHall bartenders will pooh-pooh those whose hearts are set on a vodka cocktail made popular by Sex and the City (hey, I was a HUGE fan of that show when it aired) or really any vodka drink. But they will gladly direct customers to what could be their new favorite cocktail. “So if you order something that we don’t make, we have a bunch of cocktails that we can do better in that vein.” And they haven’t had anyone send a drink back yet.

Apparently vodka drinkers at MessHall are already big fans of the Amanda cocktail made with Boyd & Blair potato vodka, serrano, cilantro, lime and pineapple. Erik doesn’t like vodka but knew that the restaurant would get a lot of vodka drinkers. “I wanted to get two birds with one stone with that one. Right now people want something spicy…so I thought, ‘OK, I’ll do a vodka and a spicy drink, just get those two things out of the way.'” 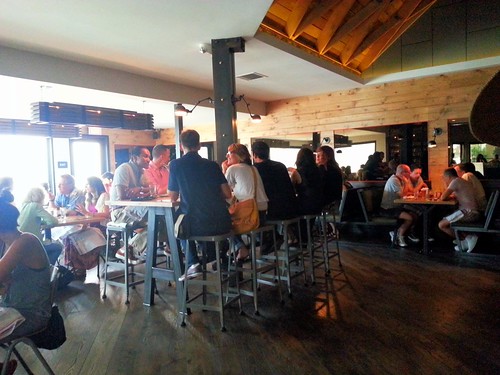 The camp-themed MessHall seats 172 people and has a dining room, bar seating as well as a huge patio with outdoor seating and firepits.

But the opening cocktail menu at MessHall, which officially opens today next door to Chase Bank in the old Brown Derby space on Los Feliz Boulevard, promises something for everyone. Lots of classics like the Jack Rose, Old Fashioned, Daiquiri and a (Real) Martini as well as some original cocktails with strange names. Fancy ladies looking for something frou-ey and light will coo over the Boss’s Wife cocktail of cachaca, Clear Creek berry liqueur, lime and champagne, while old men types (like me) will order up the bitter, smokey Downtime cocktail with Kilchoman Islay whisky, Cynar, Benedictine and Regan’s orange bitters.

For this new menu, Erik wanted to keep things streamlined just for the opening and didn’t want to start things off with 15 original cocktails, thus the mix of classics. However, he does plan to change up the menu every two to three months as well as offer up weekly specialty cocktails that will be displayed on a chalkboard over the bar. These chalkboard cocktails will mostly be concoctions created by the bar staff. “If someone has a great cocktail, I don’t want to wait three months, I want to put it up on the board. Just to give everyone a little more creative license. I don’t want people just making my drinks all the time,” said Erik.

Speaking of creative license, when I came in last night to try some of the cocktails on the list, Erik let me try some of his off-the-menu items, including some, he admits, experiments that have gone bad, like the Beer-mint (a daiquiri poured and mixed into a tall boy of Golden Road Hef, tasted like watered-down iced tea).

But I have to say that I did like his Ghostbusters take on a Negroni: Gozer the Gozerian, where it’s up to the drinker to choose their “destroyer” aka amaro he/she wants in the cocktail (Ciaociaro, Amaro Nonino, Averna). Naturally, this drink is served with a toasted marshmallow garnish. Cuuute!

I didn’t get to try every single drink off the menu during this hosted tasting but here are the ones I did have at.

What I Drank Last Night 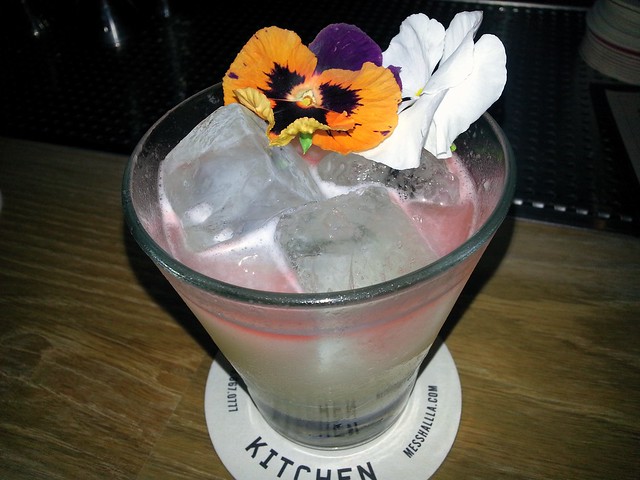 The Hallucinogenic Whimsies of Banana Man: Campo de Encanto Pisco, absinthe, banana, lime, orgeat, Peychaud’s. Even though it’s a really pretty cocktail, I wasn’t a fan. Tasted like it was artificially sweetened with Nutrasweet. And no hint of the banana anywhere. But apparently this is one of the most popular cocktails off the list. Shrugs. 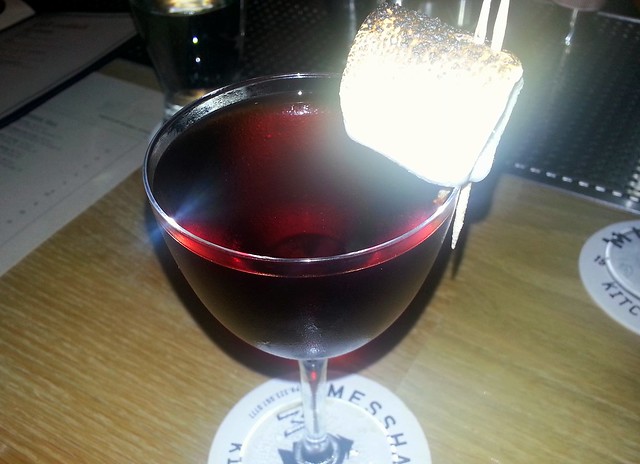 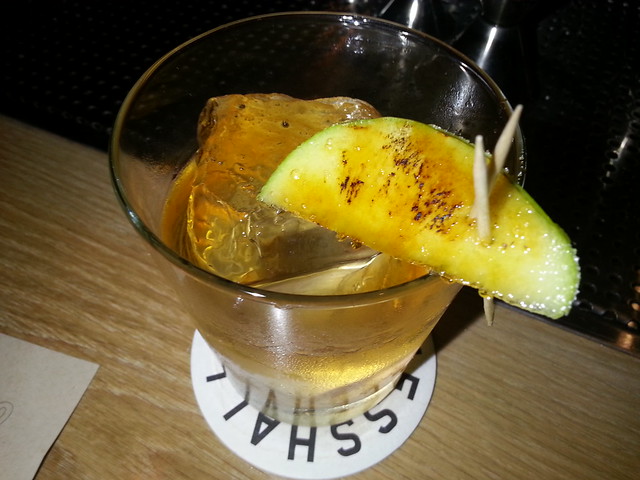 Experimental Fall Cocktail: apple brandy, pear liqueur, brown sugar, bitters. I appreciate the direction this off-the-menu cocktail is heading. Feels like it’s missing smoke or something to give it depth. Erik tried a Laphroiag mist on it but I’d like something in the mix, too. Look for a polished version on a later menu.

MessHall slots in nicely to the restaurant-bar cocktail scene in Los Feliz (check out Little Dom’s and Big Bar, too). A fun and promising opening cocktail list by Erik Lund, a “Bourbon Trail” list of 29 American whiskies — from a $7 Old Fitzgerald bonded to $25 Pappy Van Winkle 15 Year — and a lovely draft list of American craft brew with Great Divide’s Hercules Double IPA, and I’d say MessHall is the perfect place to get your drank on pre- and/or post-Greek Theatre concert.

As for the food by executive chef Keith Silverton (Dominick’s, Water Grill), I was really excited to check out the Maine lobster mac ‘n cheese but horrified that it cost $21 for a small terrine, especially when Blue Palms Brewhouse over in Hollywood has an exceptional lobster mac for only $7 (half size)! Here, not only did I find the price hard to swallow, but it wasn’t nearly as cheesy or creamy as BPB’s. But I did love the smoked corn fritters and the Romanesco salad with grilled artichoke and pine nut gremolata for satisfying bar snacks. Definitely want to come back to check out the rest of the menu (and do more drinking).

FYI, if you’re coming for dinner, the prices are pretty comparable with the area, ranging from a $15 burger to $28 scallops.