How To Make Drunken Gummy Bears, the Cocktail Edition 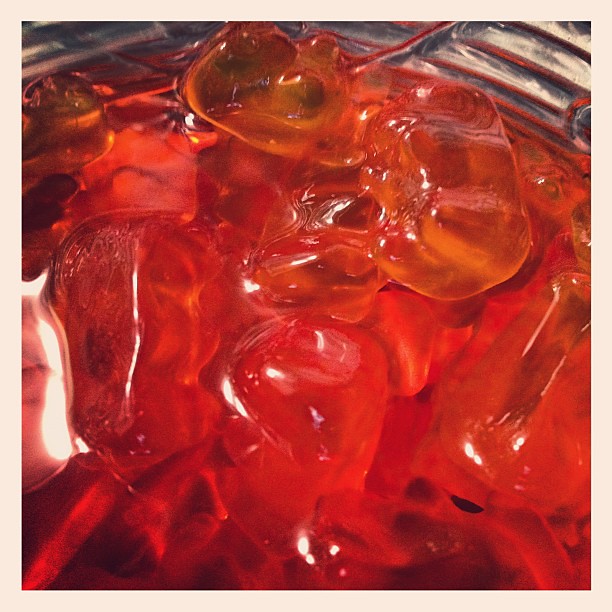 Gummy bears are my favorite candy in the entire world. So naturally when I saw the Serious Eats post about how to make your own Rummy Bears, I just had to give it a go. Unlike most how-to posts on the Internet regarding drunken gummy bears (aka drunken gummi bears) which simply call for cheap vodka, Serious Eats introduced the idea of cocktail-inspired gummies. Genius! That opened up a whole new world. Past drunken gummy bear recipes only had one mission: to get you drunk in a seemingly innocuous, but fun way. But the cocktail gummy makes a point to preserve the gummies’ flavors for use in the “cocktails.”

So I batched up some rum and cola gummies, Negroni gummies, raspberry tequila gummies (my bad, I thought the red gummies were strawberry when in fact it’s the green ones that are) and strawberry absinthe gummies (just used green gummy bears to keep in theme with green fairies). By the way, got the idea for the absinthe gummy bears from an NYC bar that is no longer around.

Here’s my slight variation on the Serious Eats recipe. And this should be obvious but drunken gummy bears are most definitely not for kids! 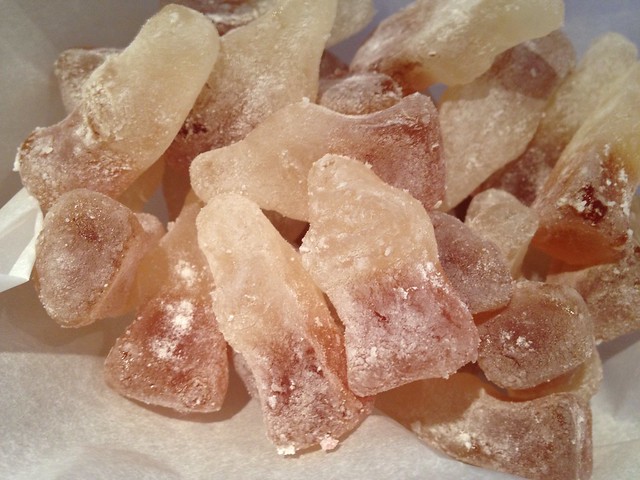 How Wasted Did the Gummy Bears Get?

After five hours, the Negroni and tequila bears just had a hint of booze. Think more buzzed than wasted bears. There was none of that alcohol-y burn that the vodka recipes reported. The rum and Coke gummies had a nice mix of the sweet rum and cola flavors, but again the booziness wasn’t overt. I can see the tequila bears and rum and cola gummies being more popular at parties for their mainstream appeal.

My taste testers really liked the rum and cola ones. The Negroni bears, like the cocktail, may be a required taste with its strong bitter, sweet flavor. They basically taste like orange peel.

I had ended up soaking the green bears in the absinthe for 14 hours total and they absorbed the spirit perfectly, so they were potent but sweet. Turns out absinthe is the missing gummy bear flavor! And despite the longer soak time the bears still retained their shape and, surprisingly, their firmness. Which leads me to believe that the Negroni and tequila bears could stand for soaking a little longer in the booze should you want a more potent flavor. As it is, I liked the nuanced flavors of the spirits. Again, for me it’s about the flavor and not getting wasted.

Can’t wait to experiment with other liquors. Any suggestions for the perfect drunken gummy bears flavors?