Art Beyond the Glass: Top LA Bartenders Show Off for Charity 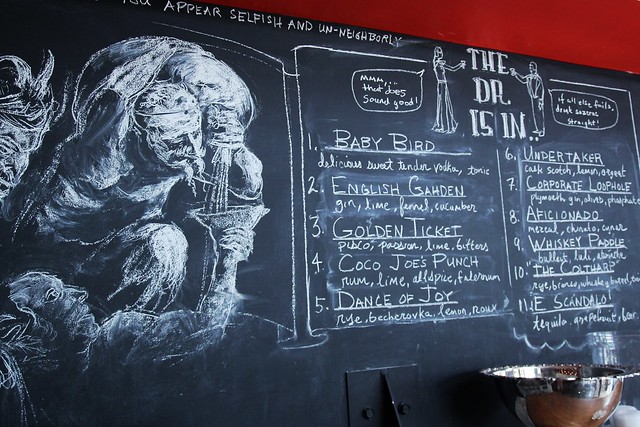 Art Beyond the Glass, a charity event which takes place this Sunday at Hollywood’s Sadie Kitchen & Lounge, promises to be the L.A. cocktail event of the year. Not only is it a rare opportunity to see some of your favorite bartender all-stars showing off their artistic skills for a worthy charity, Inner-City Arts, but it truly celebrates LA’s close-knit cocktail community and, oh yeah, its open bar is stocked with a stellar lineup of booze like Del Maguey Single Village Mezcal, Heaven Hill Distilleries, Fernet Branca, Campari and more!

That’s right, for only $40 (pre-sale, $50 at the door) — in addition to live performances and bar bites by Sadie — you get an open bar which will feature drinks by the best bartenders in the city and all for a good cause.

Here are just some of the cocktails you can expect (includes each cocktail’s creator):

And there’s even more slated for this five-hour party, just refer to Art Beyond the Glass co-founder Daniel Djang’s blog Thirsty in LA for the complete details.

Lots to do, see and drink. What better way to spend a lazy Sunday afternoon?