For those in the back who didn’t hear, yes, the revamped Tom Bergin’s Tavern on Fairfax Avenue in Mid-City is now open. And not to fret, fans of the iconic Irish bar, the only real changes are its Irish whiskey list, its food and the smell of its interior. Suffice it to say, all changes for the better while at the same time being respectful of the bar’s long history. And all the shamrocks have been meticulously dusted and returned (for the most part) to their original positions. 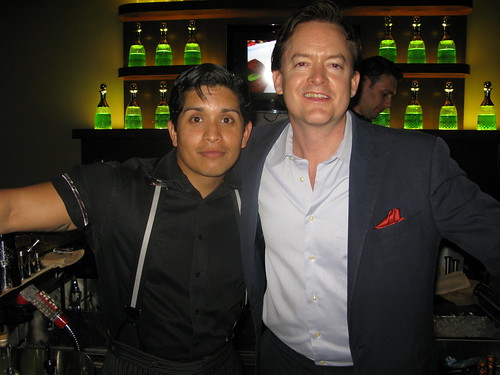 Marcos Tello and Aidan Demarest (photo not taken at Bergin’s)

For booze, Tom Bergin’s has upped its game by enlisting a cicerone, a sommelier (from Little Dom’s and Dominick’s) and cocktail dream team Aidan Demarest and Marcos Tello of Liquid Assets.

Marcos and Aidan were picked to handle the cocktail program because Bergin’s new owners (who also own Little Dom’s, Dominick’s, 101 Coffee Shop) appreciated what the duo did with 1886 at the Raymond in Pasadena, doing a delicate dance of building a new base of clients without losing any regulars. They also liked the boys’ idea of making it all about Irish whiskey. “There are a lot of Irish bars in town where they have a bigger flavored vodka selection than Irish whiskey,” said Marcos.

So they set about building an Irish whiskey selection, bigger than any other spirit category, and creating a specialty cocktail list that focused only on Irish whiskey — think classic cocktails with an Irish whiskey twist.  “I want to be representative of all styles but keeping it Irish whiskey,” said Marcos. “So your Manhattan style with Macushla Manhattan, your Old Fashioned style with the Cooper Union. There’s an Irish Maid on there that’s kinda Daiquiri style. There is an Alexander or dessert style called the Sheridan Special. Your toddy style in the Irish Coffee.” 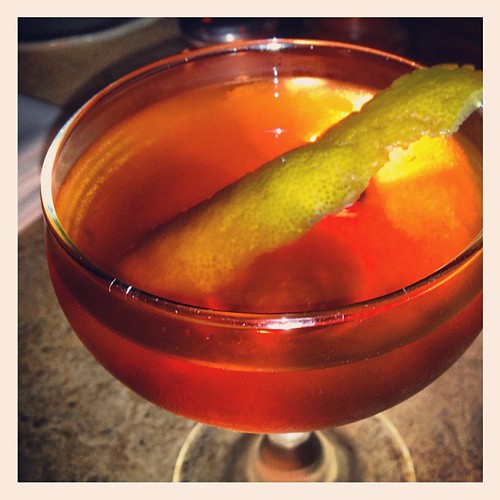 A great idea for sure, but in all honesty after tasting a few, I thought they were on the sweet side for me. I wish they didn’t attribute the Macushla Manhattan to a Manhattan, only because then I was a bummed when it was light and sweet as opposed to that aromatic intensity of my favorite drink. The Macushla is made with Black Bush, Benedictine, Lillet Blanc, Angostura and a lemon peel making it a great introductory drink to the world of Manhattans for those who are normally scared off by the classic cocktail’s straightforwardness.

Drink buddy Savory Hunter had the Cooper Union (Red Breast, St Germain, orange bitters, and Islay Scotch) and couldn’t finish it as it was too sweet for him. But we both really dug the Sheridan Special, a cold press version of the Irish coffee. Made with the housebrew, Bushmill’s, Galliano Ristretto and topped with hand whipped cream in a coupe, it was deelish, refreshing and a great way to end a meal.

But if you’re looking for something other than an Irish whiskey cocktail, the staff can deliver as Marcos has trained them on everything — beer, wine, drinks — and everyone can make classic cocktails. I had a fab Negroni the night I went.

Regulars will be happy to hear that four Bergin bartender vets, one who has been working there for 30 to 40 years (!), jumped on board with the new ways of cocktailing and went through all the training and testing, even going through the initial interview process. They can probably give any up-and-comer bartender a run for their money now. 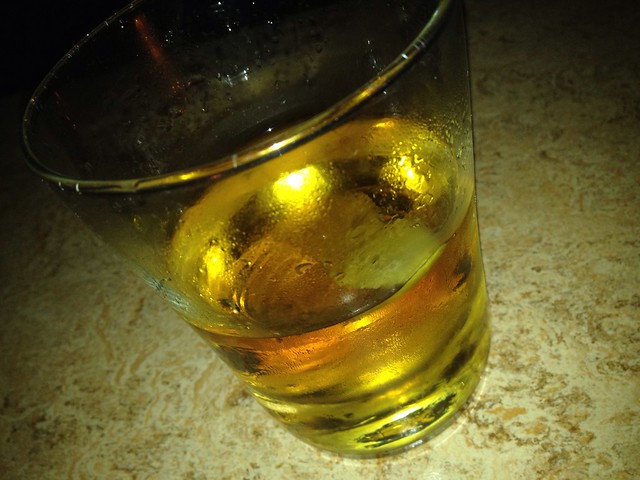 Marcos was careful not to overtrain the bartenders, however. “You want to get it open, you want to honor the spot, but at the same time you don’t want to train your bartenders so much that you ostracize the regulars that were here before. You want the regulars and the crowd to grow with your bartenders. So you train them so they know how to execute these drinks and then we slowly try to develop the culture of the cocktails here,” he said. Nice!

I really love what this whole team did with this L.A. landmark/Irish tavern. Smart move choosing two guys who respect cocktail history as well as bar history. Even though they improved the cocktail situation of this place, it’s still a no-muss, no-fuss bar where you can just schlep over after work to grab a drink after a long day or do some day drinking in your Lazy Sunday attire.

By the way, if you find yourself a wee bit intimidated by the whiskey list, Marcos suggests starting off with something affordable and more readily available everywhere like the Tullamore Dew, which Bergin’s carries a lot of variations of, and the Tryconnell, which is available finished in port, madeira, and sherry casks. “Because if you go right away to the ones like Green Spot or some of these others that are hard allocated and then you go somewhere else in L.A. where you can’t get them, it’s going to throw you off. You want to be familiar with what everyone else is familiar with and start to differentiate.” After that, you can move up a level to Connemara Peated.