LA Beerathon a Bust, but Drink Deals Still in Effect? 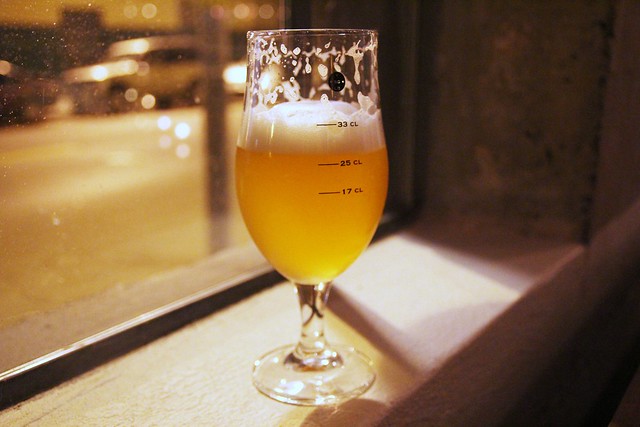 LA Beerathoners, don't be too sad. Beer will make it all better.

The bad news is that the Los Angeles Beerathon has had to disassociate itself with the marathon beer-drinking event it organized for tomorrow because apparently it didn’t let the Department of Alcohol Beverage Control know it was having the event in the first place.  (The ABC only just found out about the beerathon this past Wednesday, according to a letter that was sent out to a beerathoner who then posted it on Facebook.) This means that even though those who paid the $55 so they wouldn’t have to worry about paying for beer at each bar are getting their money refunded that now they have to worry about closing tabs and keeping track of their wallets along their 26-bar bar crawl.

The good news for all others who didn’t buy tickets to the beerathon in time? Now you can join in the unofficial beerathon. If you want to be around 4,000 beer drinkers and don’t mind standing in lines, that is.

The organizers for the event have been eerily silent on their Facebook page since their announcement 10 hours ago about refunding ticket sales with no mention of whether there will be drink deals and discounts at participating bars. Considering that having a beer at each of the 26 bars will no doubt end up costing more than the initial $55 entry fee, this silence (among many things) is truly bad form.

Thankfully some intrepid beerathoners on the LA Beerathon FB page have looked into which bars will be doing specials. Here’s what they have so far:

According to this RIP Beerathon spreadsheet, there won’t be specials for Oreno Yakiniku, King Eddys, Pattern Bar or Shin-Sen-Gumi. Bew.

If anyone has heard anything else with regard to specials, send it my way and I’ll post them here. If you’d like to contact the LA Beerathon organizer directly, looks like the name given by the ABC is Sam Gelin (gelinsam [at] gmail.com).

Good luck, beerathoners! Hope you’re able to salvage the day. For those who still want a bit of an organization, check in to the Unofficial Los Angeles Beerathon event page.