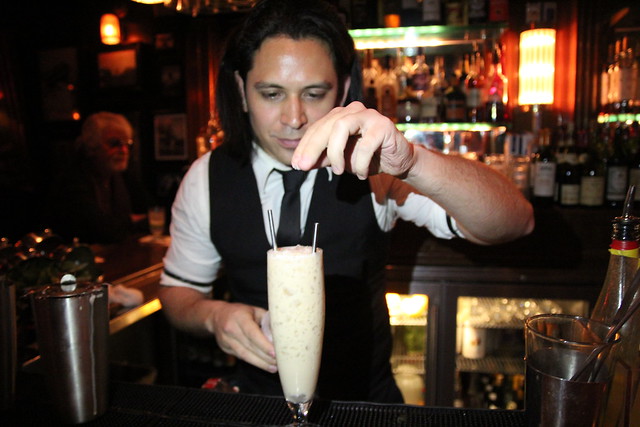 Spring is in the air. Huzzah! Sure, we Angelenos have been lucky enough to not have to suffer through any drawn-out winter storms but rather some minor wet inconveniences and that annoying time change. Still, it’s nice to be able to sit at rooftop and poolside bars again, no? To celebrate, bartenders across our city have updated their cocktail menus to reflect the new produce that is now in season. Here’s a roundup of some of the most mouth-watering spring cocktails. 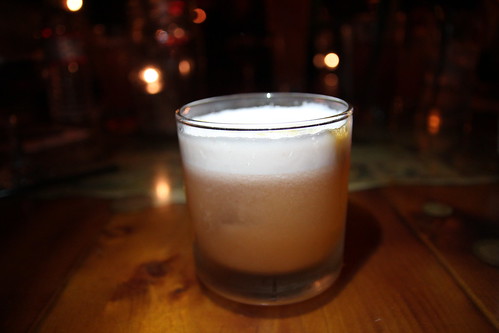 Big Bar‘s Mrs. Roper — Beefeater Gin, Carpano Antica, Campari and grapefruit. Big Bar’s Eugene Lee describes it as a “patio turn on the Negroni that drinks like an Americano…eastside version of an Italian classic.” My fave! [Menu]

Del Monte Speakeasy / Townhouse‘s PSA — Pisco, Aperol, citrus, housemade demerara syrup, egg white, Peruvian bitters. This was the table favorite at a recent media cocktail tasting I went to. We had tried nine cocktails and it was a standout. Nice froth, well-balanced and well-made. [Menu]

The Foundry on Melrose‘s Burning Andes — Pisco, lemon, honey, mist of Laphroaig scotch. Sounds intense for a spring cocktail but perfect for a day of April showers. [Menu] 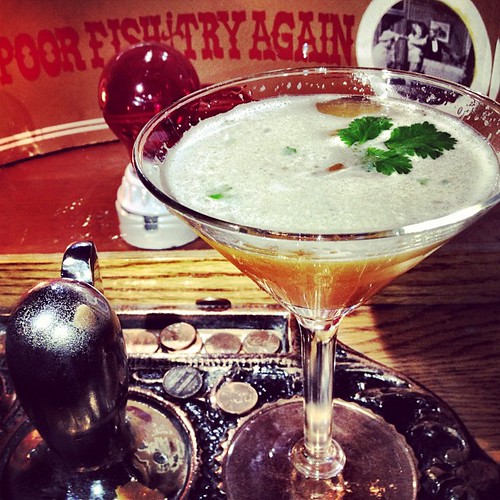 Melisse‘s Pas de Deux — Germain Roban apple brandy, kumquats, white creme de cacao, lemon juice and orgeat. Mixologist Pablo Moix (Harvard & Stone, Black Market Liquor Bar) seems to have his hand in everything these days and two Michelin-star Melisse in Santa Monica is no exception. He created three spring cocktails which are “all based on a block ice program so no ice is coming out of a machine. All the ice is perfectly cut to fit each individual glass, including the ice used for the shaking,” he says. Only thing is that since there isn’t a bar, you can only order the cocktails at your table. [Menu]

Playa‘s Vicious Rumor — Buttered Mescal, fresh lemon, peach brandy, celery shrub, cinnamon bark tincture. (This drink was formerly known as Count of Monte Crisco.) Julian Cox of Playa said, “[Bartender] Julian Wayser created the drink to be a light spring forward cocktail including celery shrub and creme de peche against a back bone of buttered mescal. The immersion circulates the butter in the mescal then freezes it and then takes the fat out and all that is left is the slight hint and texture.” [Menu]

Roger Room‘s Sugar Daddy — Tres Reyes Blanco, crushed strawberries, lemon juice, agave nectar, egg white, rocks. My favorite off the new menu. Reminds me of the Strawberry Julius from my childhood and would be an excellent warm weather drink. The new menu by all-stars Damian Windsor and Jason Bran officially debuts Monday but you might be able to get it tonight. [Menu]

Spare Room‘s California Wildfire — Vodka, Campari, basil, lime, simple, jalapeno tincture. The cocktail’s creator Mark Conlon says it will set your taste buds on fyah! The new menu is still in R&D mode but Mistress of Mixing Naomi Schimek says it will involve “more exotic teas and scents…some lovely old fashioneds with our housemade liqueurs and some interesting bitters and gins that pair well with them. Expect to see some lighter, season-appropriate beer cocktails and some drinks inspired by the Mediterranean.”

Villains Tavern‘s Venus Flytrap — Milagro Reposado, Apricot Orange Muscat Shrub, Fresh Lime, Sea Salt and Orange Oils. Villains’ ode to a colonial method is The Shrubbery where fruits and berries are boiled down with vinegar and sugar for a tart yet sweet syrup. These Shrub cocktails will change with the season.