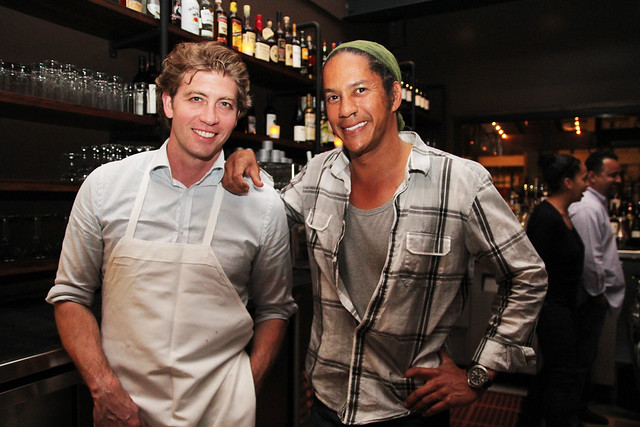 Chef Govind Armstrong‘s Post and Beam restaurant opened up in the, let’s face it, unlikely location of the Baldwin Hills Crenshaw Plaza just this past January. Foodists wouldn’t think to find such a charming mid-century style restaurant with its well-made comfort food of farm-fresh ingredients this far off the beaten path of trendy areas. But there it is, adjacent to the only Walmart within a 15-mile radius. 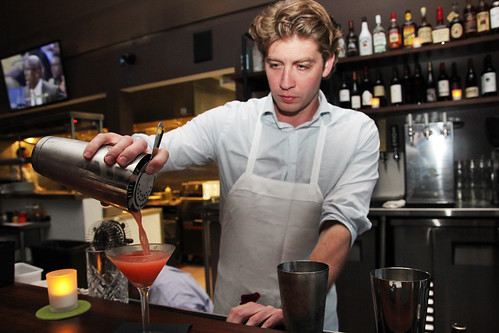 But the neighborhood seems happy with this addition to their community as it was bustling on a Tuesday night. And while I was waiting at the bar for a media dinner to begin, I chatted up this nice fellow, Vernon, who happened to live down the street from the restaurant. He said that even though it had been open since the beginning of the year, it was his first time in. His reason for finally coming in? The newly acquired liquor license. What did he end up ordering? A Long Island Iced Tea.

Anyhoo, yes, Post & Beam has just acquired its booze license and now has a full bar. And just yesterday it launched its new cocktail menu created by Dan Warrilow, mixologist and general manager of Son of a Gun. Luckily for Vernon, there’s nothing too crazy on the menu where drinks are priced $9-$12; just “Post & Beam” twists on classics like a Strawberry Daiquiri with strawberry-infused Batavia Arrack, honey and lime and an Amaretto Sour with rum, amaretto and lime.

The cocktails are meant to be approachable for the uninitiated, so a customer will be able to look at the menu and recognize all the ingredients listed. Plus, no schmancy garnishes here as they seem to make good use of the lime wheel. 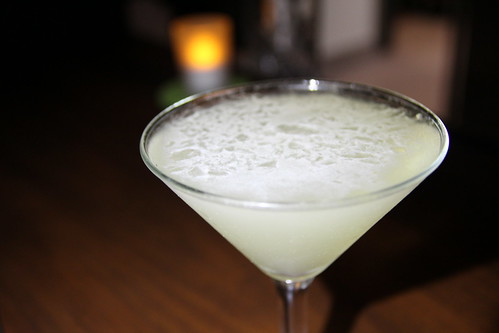 The menu is separated into two categories: House Cocktails (the specialty drinks) and the Classics (divided into sub-categories of Shaken and Stirred). The former are Dan’s creations with which he’s “trying to bring in that whole market feel” and utilize the restaurant’s garden off the back patio.

Out of the drinks I tried, the Amaretto Sour was my favorite. Creamy and not too sweet. The Champagne Cocktail made with Reposado, Lillet Blanc and champagne was described by Dan as “intense” and he wondered if it would be well received, but it was a favorite at our dinner table. Then again, we’re hard-core drinkers.

I had also ordered a Sazerac and Old-Fashioned off the Classics menu but frankly wasn’t too impressed. I mean, they were fine but I’ve tasted better, ya know? Especially at $12 and $10 each. Thankfully both were well-balanced and didn’t anger me. There was none of this 1-ounce of absinthe business in the Sazerac (I’ve had that happen to me before!) nor was this the Old-Fashioned recipe involving muddling of maraschino cherries and orange slices. Not anything mind-blowing, just fine. 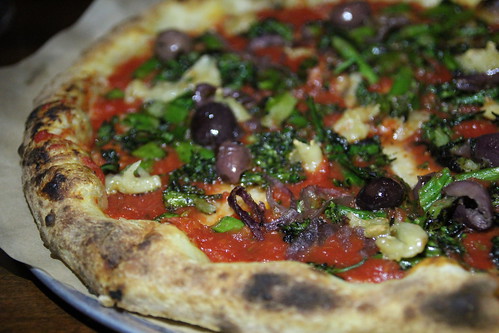 But I still appreciate the fact that cocktails can now be enjoyed alongside Govind’s menu. By the way, the stand-out vegetarian dishes for me at the media dinner were the charred broccolini pie (cheeseless!), the wild arugula salad with roasted beets, ricotta and hazelnut sherry vinaigrette and, oh my, that vanilla bean panna cotta with candied citrus. Everything was priced right, to where you feel like you’re getting your money’s worth. Always a happy feeling.

Post & Beam may not be a cocktail destination per se, but it definitely is worth the trek for the fresh and wonderful food. And should you want a decent cocktail with your meal, they’ve got that, too.

Currently the restaurant is open for dinner only but will also open for lunch next week. No word yet on when brunch will start to make good use of that sunny patio.