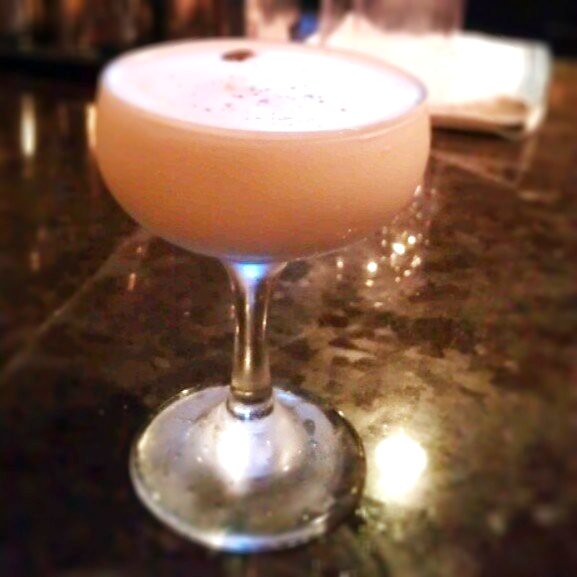 When I first started drinking booze, my first favorite cocktail was the White Russian. Creamy, sweet and coffee-flavored, it was the perfect entry-level drink for someone with a sweettooth who was big into coffee. It was the first cocktail that made me feel like a grownup, like I knew what I was doing ordering a drink by its name instead of just something like a rum and Coke.

But as I “matured” and moved on to whiskies, I left that desserty drink behind. That is until last year when I finally saw The Big Lebowski at a Lebowski party screening. Watching the Dude go from house to house making White Russians made me really thirsty. (By the way, isn’t it amazing that everyone in that movie seemed to always have the White Russian fixings at the ready?) 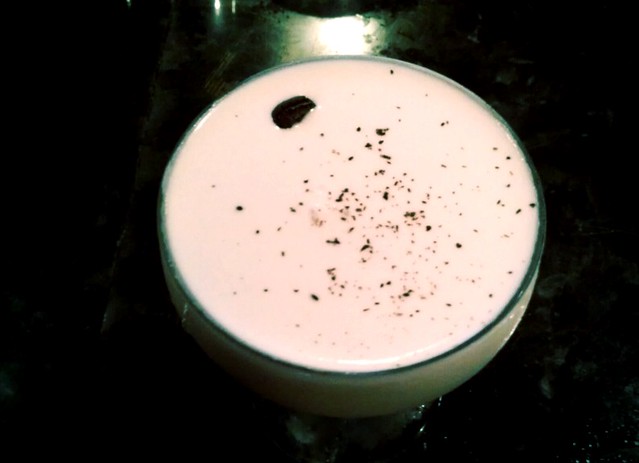 And yet whenever I ordered that drink anywhere it just wasn’t the creamy milkshake of sin I had remembered. The version I got at bars was just like a coffee with too much milk. I’m drinking my coffee black these days so this cocktail just wasn’t doing it for me. Oh well, I told myself, I was fine sticking to my Negronis and Manhattans.

However, Sunday during a long eight-hour brunch in Seal Beach at 320 Main, where I got to talking with its owner Jason Schiffer, he mentioned he had developed his own White Russian. But one with gin! Skeptical of how the juniper of the gin would work in such a concoction, I begged to try it. And…

Best White Russian I’ve ever had. It didn’t possess that uber sticky sweetness where you’d feel it in your hangover the next morning nor was the cream so heavy you’d feel it in your gut. Twas the perfect balance of coffee, sweet, creamy. I didn’t feel robbed of flavor, booze or an experience. And oh my gawd, that cream. Jason dry shook the shit out of it in the cocktail shaker til it was nice and frothy.

This is the White Russian realized and all grown up. David Wondrich, Esquire‘s cocktail historian, had called the White Russian “something that real alcoholics drank, or beginners.” 320 Main’s version is the one for those who have developed their taste for cocktails and drink to not get drunk but for the enjoyment of a well-made libation.

It’s not currently on the menu but I’m hoping it’ll pop up in the spring/summer version that Jason is currently working on. If it does make it on the list, I begged that he call it Male Order Bride (LA/OC Foodventures‘ HC, my drinking buddy that night, changed it from “Mail” to “Male” since I said it was MY White Russian.) It’s the White Russian but even better so it really should have its own name.

And here’s the recipe for you to make at home if you can’t get down to Seal Beach.

Shake with ice and strain into a coupe. Grate coffee bean to top.