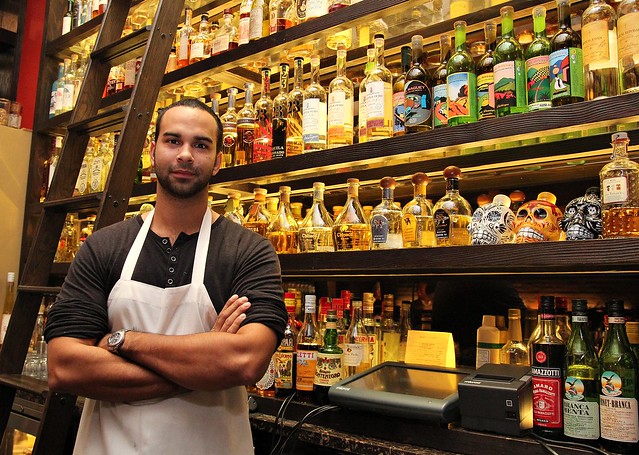 dineLA’s January 2012 Restaurant Week starts next week January 22. Have you made your reservations yet? In its 5th year, the annual food event has over 300 restaurants participating so lots of great places to choose from. And because of that it can be a bit overwhelming. But I figured I’d try and help by narrowing down your list of options to ones that are known for their cocktail programs. (Drinks aren’t included in the special dineLA menus.)

Bar | Kitchen (Downtown): David Kaplan and Alex Day (of Demi Monde and Death & Co.) redid this bar via their hospitality company Proprietors LLC and now it boasts one of the best cocktail programs downtown. Plus the food here is nomlicious comfort cuisine. Crack tots! Cocktail menu.

Comme Ca (West Hollywood): This is where a lot of LA’s top mixologists got their start — Marcos Tello, Julian Cox, Joel Black. ‘Nuff said. Check out its cocktail menu.

Rosa Mexicano (Downtown): Don’t dismiss this cantina’s cocktail menu even if it does still have the frozen pomegranate margarita . The list was redone by cocktail masters David Kaplan and Alex Day. Cocktail menu.

You can’t swing a cocktail straw without hitting this master mixologist’s creation. He’s the man behind the cocktail programs for Rivera and Playa as well as Picca and Sotto in West LA and more recently Short Order at the Farmers Market. For Playa he’s created a special dineLA cocktail and at Short Order you can add his Charlie Brown spiked custard shake to your prix-fixe lunch.