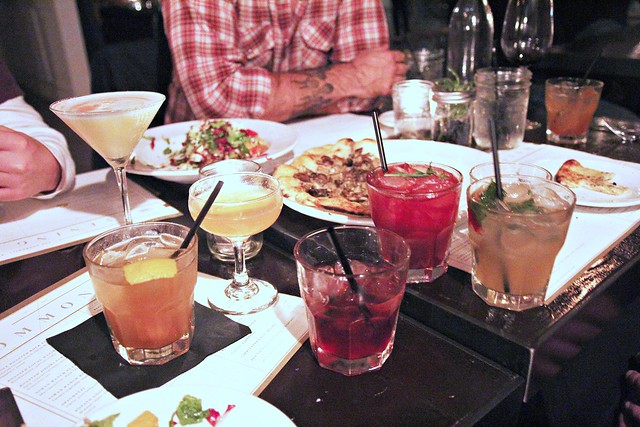 Liquid dinner at the Churchill.

I may not be single but I know where I like to go to chat up fun boys. That would be beer events and drinking holes with awesome whiskey collections. But I’d also like to add to that list the bar at The Churchill on Third Street in Mid-City. The new gastropub, which took over the Minestraio restaurant space at the Orlando hotel and was created by the same folks behind the Hudson in West Hollywood, happens to boast an American cuisine menu put together by owner Brett Cranston and chef Spencer Johnston (former exec chef of Wine Cask in Santa Barbara) using fresh, seasonal and organic ingredients. 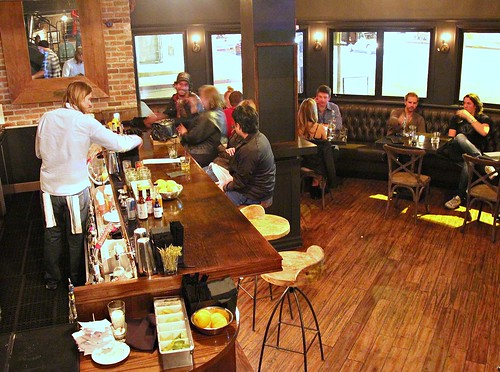 Where the dudes hang.

But it seems to be the restaurant’s rustic, Old English decor with its brick walls, dark leather seats and wood floors as well as the decent beer selection of 20 on draft like Allagash White, North Coast Brewery Pranqster and Arrogant Bastard Ale that seems to attract the dudes. And there are a lot of dudes.

There’s also a cocktail menu but the drinks ($12 each) tend to skew sweet and most with too many ingredients over-complicating the flavors. Maybe not so much a list for cocktail geeks or straight drinkers but for girls looking to wet their whistle during a day of shopping on Third Street and at the Beverly Center. Apparently the Churchill’s the only spot on Third where you can get booze before noon.

On a warm day, sit out on the sidewalk patio for people watching. But for the colder ones, retreat inside, upstairs where it’s warmer if you’re going to eat or tucked in the bar if you’re there to drink. There’s also weekend brunch with bottomless mimosas, micheladas and shandies and a 3-7pm happy hour as well as a late night one on Sundays and Mondays that starts at 10pm.

During a hosted dinner, fave dishes were the mac and cheese with broccolini, the chopped salad with heirloom tomatoes and pancetta and the wild mushroom and truffle oil pizza. Everything is culled from local farms or made in house like the cured meats, pasta and bread. And the prices are about what you’d expect for the area what with a $13 Meyer beef burger and $12 Margherita pizza. The priciest item is the $38 Niman Ranch rib eye. But no real casual nosh prices as starters range $8 to $15. 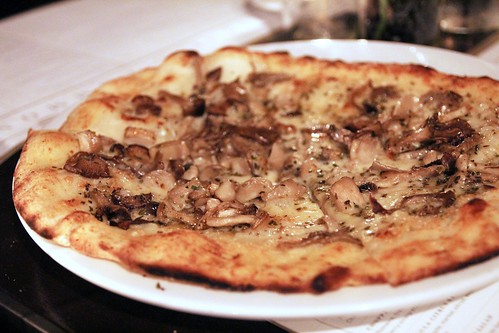 The cocktail list is heavy with whiskey drinks, apparently not only because Beverage Director John Rankin loves the brown spirit but the restaurant’s owners felt such cocktails would sell better than, say, gin ones.

However the list differs from the one at the Hudson in that it’s aimed at more of a “mature” clientele than those who frequent the WeHo eatery.

The Churchill may not be my cocktail destination for the area (there’s El Carmen for tequila drinks down the street or Roger Room up on La Cienega) but I’m looking forward to cooling my jets with a tasty brew and pizza after a day of shopping in the area. Is it noon yet?