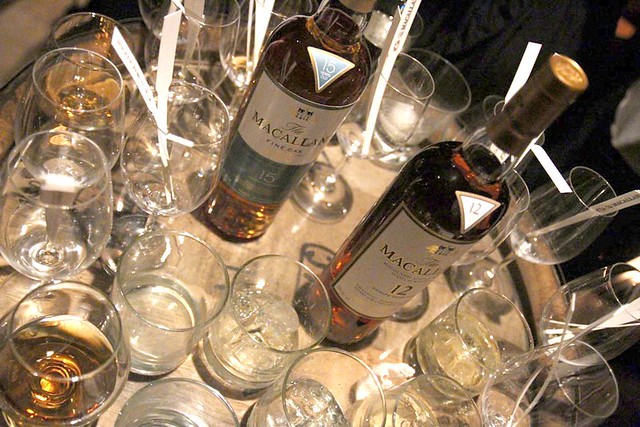 Have you smelled anything finer? Photo by David Kleeman (@kleemo)

Ever since 10 Pound (£10), the Macallan exclusive bar, opened up at the Montage Beverly Hills earlier this year, I’ve been dying to get my grubby, unmanicured hands on its Scotch glasses. But since I’m on a broke girl budget, I could only fantasize about hitting up this reservations-only bar with its $50 minimum.

So when an invite to a special Macallan event came my way I impetuously said, “Yes! Yes! Oh yes!” Unfortunately I had completely forgotten that I was going out of town that same night. Argh! Not wanting this coveted invitation to go to waste I asked my friend, David (@kleemo) if he minded drinking fine Scotch in a private Beverly Hills bar for me. Unsurprisingly he acquiesced. Turns out he had a date scheduled that night but the two didn’t mind the fancy detour. 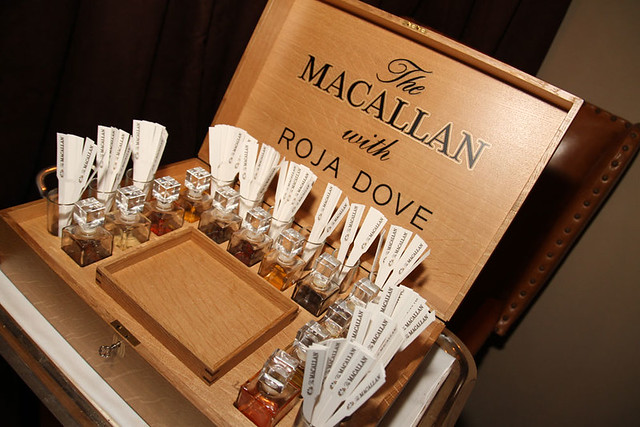 This box was 2 years in the making and is composed of scents of vanilla, tropical fruit and a floral note blend with a bit of spice behind it. Photo by David Kleeman (@kleemo)

Bonus for me is that David is a photographer so I knew he’d do a great job capturing the atmosphere of the event and lounge. And I liked the fact that David’s not a blogger or a scene-y kind of guy. In fact he prefers dive bars so his POV would be refreshing. He had worried that the Macallan and 10 Pound folks would be able to smell the dive bar on him but turned out fine. “(I initially got the ‘we’re better than you because we’re wearing ties’ vibe), not really (I got over it)…,” he texted me the night of the event. 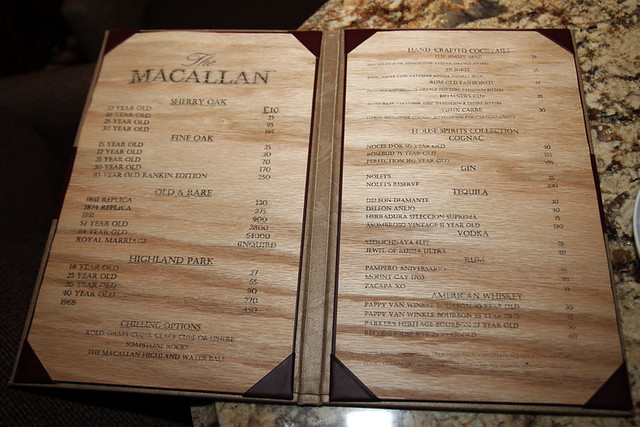 The Macallan party was to introduce an aroma oil kit created by parfumer Roja Dove to “describe the essence of The Macallan in Spanish oak and in American oak.” Guests would get to sniff and taste all things Macallan as well as snack on bites meant to complement the premium Scotch. Yes, tres fancy indeed. My assignment for David: just take pictures to give me a sense of the event, especially the bar. But he gave me his notes, too. Here are the highlights, including his texts. (Yes, never text me anything you don’t want posted on my blog, heh.)

So does David see himself coming back to the ol’ 10 Pound? “It felt refined and special…I could def see spending a quiet evening with great Scotch and scintillating conversation there, dressed up and enjoying the good life!”

But what did he do after the party? Hit up the Burgundy Room in Hollywood of course. Way to keep it real, David!