Oldfield’s Liquor Room: Time To Move Into the Era of Sophistication in Palms 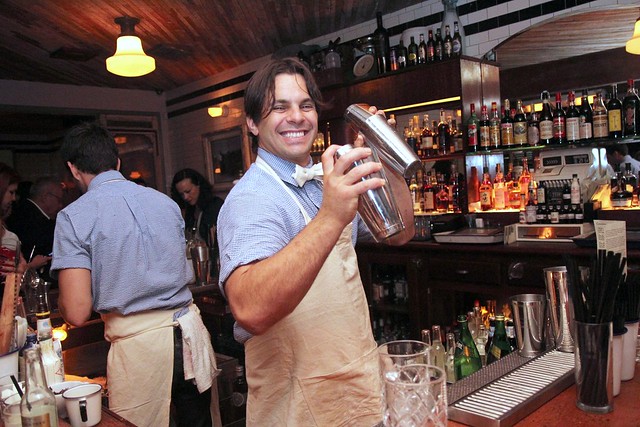 Can you hear the shakers, Armando?

Oldfield’s Liquor Room in Palms/Culver City opens this Friday in the old Saints & Sinners spot. Those who remember the 1933 Group‘s den of iniquity wouldn’t recognize it now, though. Gone is that white rock fire pit, the naughty wallpaper in the back room and, most importantly that cocktail menu with drinks involving energy drink and flaming shots of cinnamon schnapps. “[S&S] was too much of a crazy party and it just kind of burned itself out,” said owner Bobby Green. 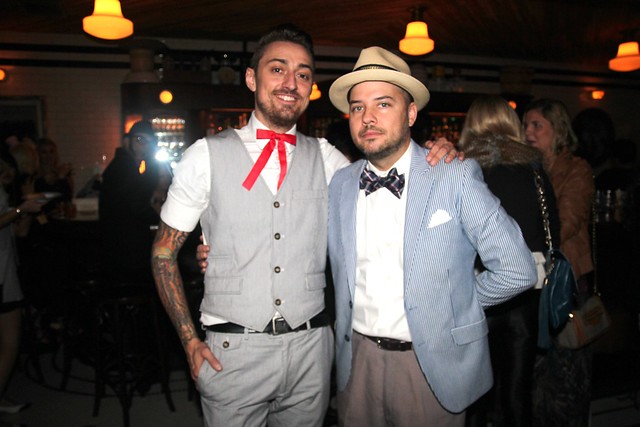 “And besides, I’m getting older, the same people who were drinking here for 10 years are getting older. It was time to move into the era of sophistication. The madness and the debauchery are over, now we can all be adults,” he continued.

The new streamlined diner-esque bar, a tribute to Barry Oldfield — a world-famous speed racer from the 1900s who raced and was buried in Culver City — now boasts a well-crafted menu created by bartenders from the Sporting Life, a Los Angeles-based bartenders and cocktail enthusiasts club. Here, you’ll find Armando Conway from La Descarga, Aaron Stepka from A-Frame and Rivera and Robin Jackson from Club Mallard in the Bay Area.

The spirits used here are only the best. Gone are the soda guns which are now replaced with, gasp, actual bottled soda like Fever Tree Ginger Beer. And like any good cocktail bar the menu will change with the seasons offering fresh ingredients and the bartenders make all the syrups themselves. Bobby credits the staff for the great menu. “They make their own ginger beer, root beer, all their own shrubs, own bitters, own reductions.”

The drinks are classic-based with some takes on old favorites like the Manhattan and Pink Lady. Hit the jump for the amazing-looking menu. The Dauntless with Bols Genever, Poire Williams, lime, housemade falernum, Fever Tree Ginger Beer is delicieuse! 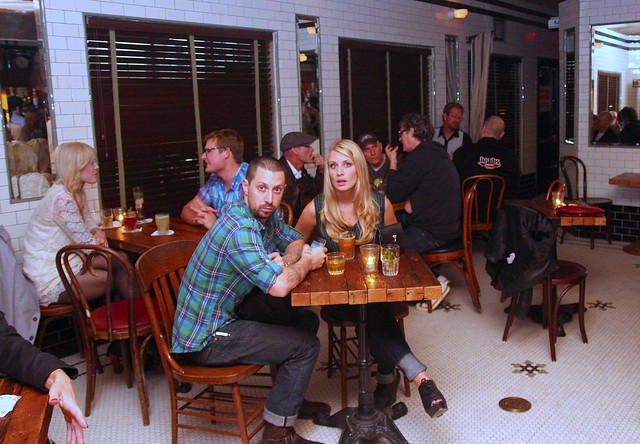 A nice place to grab a classy drink. Just make sure you're dressed nice.

There will also be some nosh available as well in the form of little “European-type” sandwiches by Chester Hastings, author of The Cheesemonger’s Kitchen and formerly the cheese guy at Joan’s on Third. This month’s selection includes Challerhocker cheese with rosemary and apricot mostarda as well as Valhrona Bittersweet chocolate with extra virgin olive oil and sea salt. About 50 will be prepped before the bar opens each night and when they run out, they run out. Pricing is still tentative though. “We haven’t picked a price, maybe they will be free. We open on Friday so we have a whole week to figure it out,” Bobby said. If you’re not into bready sandwiches, you might be able to order/bring in food from nearby restaurants like you can at the other 1933 bars. But this is still under consideration.

Other things that are still pending are whether Oldfield’s will have a dress code and a reservations-only system. “We’re at a point in our career where we don’t have to pack people in and try and make as much money anymore,” Bobby explains.

“I want everyone to get served. I don’t want anyone to wait an hour for a drink, and those drinks take awhile to make. We might just let a certain amount of people in. We don’t know the number yet because this is only our third night of practice. But we’ll probably do reservations and some walk-ins and figure out the perfect number so everyone’s happy.”

So on Friday when the bar opens, Bobby suggests that people just show up, “but dress nice…no shirts, no flipflops, no sports gear.” Showing up early is a good way to go, too. And if you can’t get in this time, there’s always 1933’s whiskey-serious bar, Bigfoot West, within stumbling distance down Venice Boulevard.

The bar opens this Friday, October 21 at 5pm. 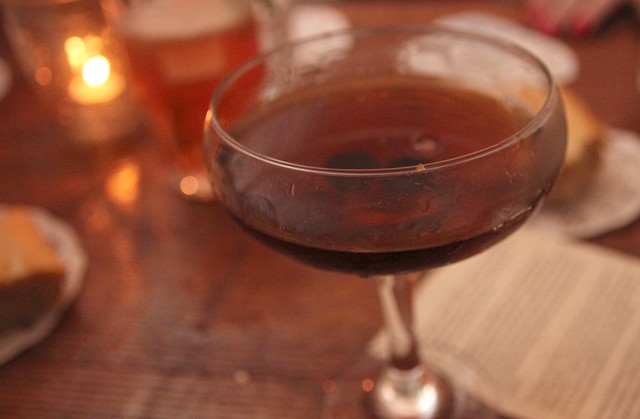 The Oakshade, a rich Manhattan-type cocktail.