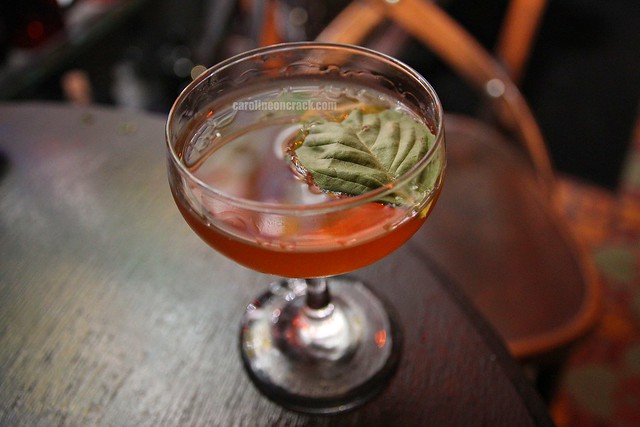 Ah, autumn. I'll drink to that!

Last night Villains Tavern mixmaster Dave Whitton invited me to the downtown bar for a private unveiling of his new fall cocktail menu. “The majority of the list is herbal and smoky. I went with stuff that was gonna be more off the grains and less of the normal kinds of creams,” he said. So less creamy liqueurs, less heaviness. I can dig that. Think butternut squash at the Thanksgiving table and the smell of wood fires, NOT a bag of Halloween candy, especially not that Mellocreme pumpkin candies.

We started off the tasting with the lightest in the lineup: the Lady of the Lake, which is made with a spirit Dave found at Barkeeper in Silver Lake. “We were running through bottles we hadn’t tried so me and Joe [Keeper, BK’s owner] were just going back and forth,” he says. And he seemed really excited about his find which hasn’t been used in any cocktails, at least that we know of. 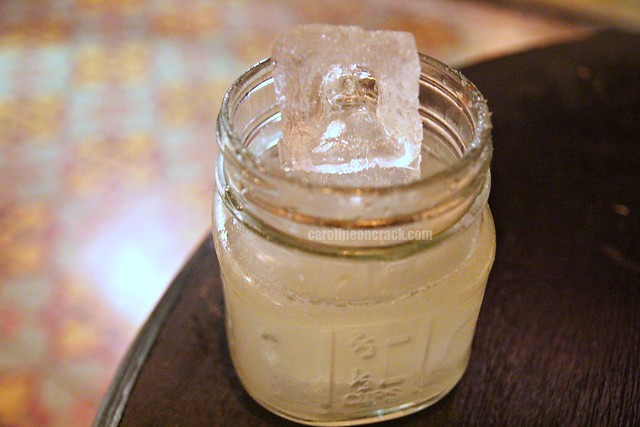 Pur-Geist, Dave says, is actually a beer, which I couldn’t believe after sipping the spirit. Having just had some very strong beers at Firestone Walker’s Deconstructed event the night before, this one possessed more of the kick of hard liquor and none of the thickness of the most potent bocks out there. “They make it the same way they make beer with the malted barley,” said Dave.

The Lady of the Lake cocktail was very straightforward and simple. Its strong flavor was smoothed out by the lime and bitters. The finely grinded smoked sea salt over the rim (not rimmed like a margarita, mind you) accented the oceanic flavor of the spirit. If you’re looking for something different and spirit focused, this is a good one to sip on. Although, it’s so light, **I could easily drink a pint glass of the stuff. But then would need some help off my bar stool.
** 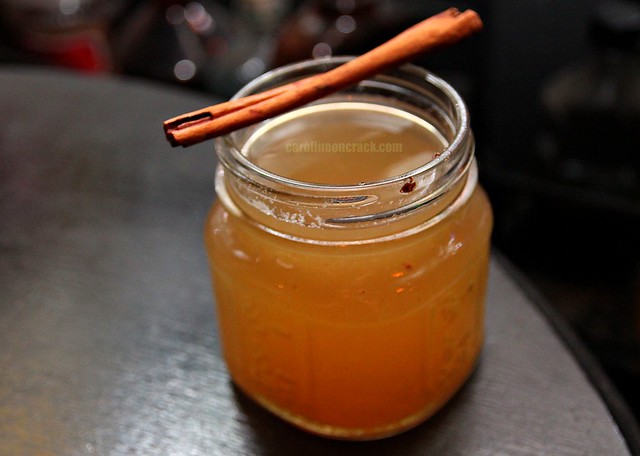 Lady Percy, a hot cocktail of pear cider goodness, was my absolute favorite off the list. Turns out it’s Dave’s favorite, too. Apparently, he went through six different pears to find the right flavor for this drink. Finally he settled on a combination of six Barlett pears with one Korean pear to get all that sweetness. And for spice, it relies on just a lone cinnamon stick. “I wasn’t going for spices,” says Dave. “Most ciders you’re going to find lots of big body spices in there. This one doesn’t really have a lot of spice. I really just wanted to bring out the pear itself.” And the result is a nicely balanced hot cider cocktail, not too much booze or too much sweet apple/pear-ness. It was the one cocktail that I really had a hard time putting down during the tasting. Would be perfect to warm your hands (and your soul) during a rainy day. 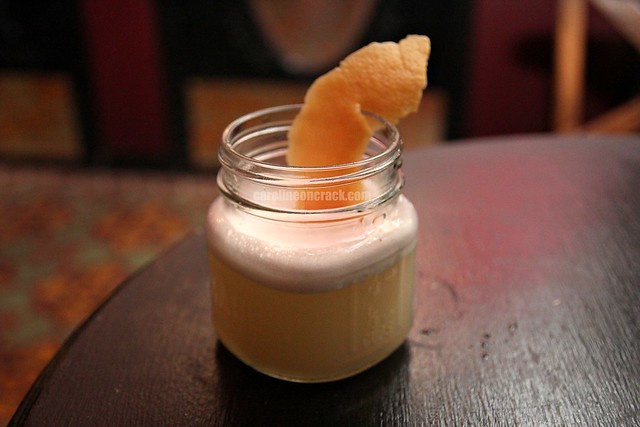 Although its dangerous-sounding name may cause you to shy away from the Dastardly Whiplash, it’s actually a very drinkable, frothy mezcal cocktail. And that’s due to the Metl mezcal, according to Dave. “It’s so light but still had so much flavor in the middle without being super smoky like so many mezcals,” he said. Marry that to his chamomile syrup, Yellow Chartreuse and citrus and it’s an entry-level mezcal drink for those who shied away from the smokey spirit in the past. “This is acceptable for those people who really like tequila but want a little bit more body and a little bit more to bite on. But it was subtle enough for me to mix with it and accent it and blend it well without you going, ‘I KNOW mezcal’s in here.'”

What I really enjoyed about Dave’s cocktails is that they’re all simple but with great, unique flavors. The Cacophony cocktail (top picture)  is like no spicy Manhattan you’ve tasted what with its Russell’s Rye, Cardamaro, honey, Swedish herb bitters and basil leaf. That Cardamaro’s liqueurness lingers, leaving a mintyness at the tip of your tongue. Weird and neat! 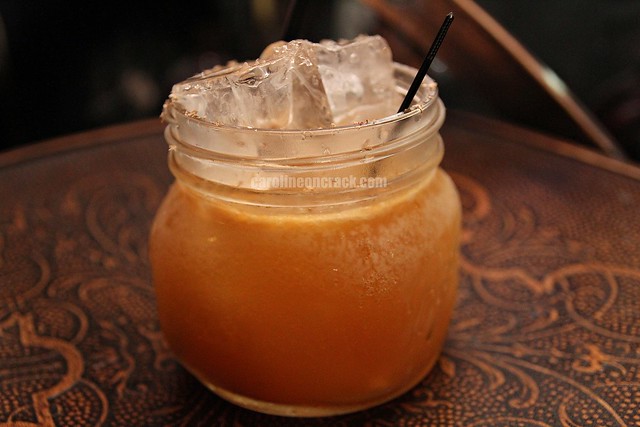 While the Zodiac is a spin on a Mule and tastes like pie without that ubersweetness. “I didn’t have to throw in bitters because the Zaya already has those herbal elements running through it. The butternut squash combined with the ginger and a little hint of nutmeg gave it that herbal flavor that we were looking for that runs through the entire menu,” Dave said.

I liked the cocktail for the most part save for the lime which I found too astringent. But then again I’m always superaware of when lime is used in a cocktail. Otherwise it’s a great drink that I can see enjoyed apres Thanksgiving.

The only cocktails I wasn’t too crazy about, and I told Dave this, were the Sweeney Todd — a hot vodka cocktail that tasted more of tea than anything — and the Headless Horseman — a dessert cocktail that’s heavy on the cream. But if you’re seeking a drink that doesn’t taste of booze go for the Todd; or if you want to follow up your dinner with something sweet, you have the Horseman.

It’s still warm out but Dave said that Villains is better prepared for the cold weather than it was last year, what with its new roof on the patio. Plus it has heaters out there so if it’s a cold and rainy day, you shouldn’t let that stop you from enjoying a cocktail. Especially when we’re talking about the Lady Percy. Mmm!

Halloween Happening: For Halloween weekend, Villains’ party is spreading out into its parking lot, showcasing 14 bands! Keep an eye on the bar’s site for more details.