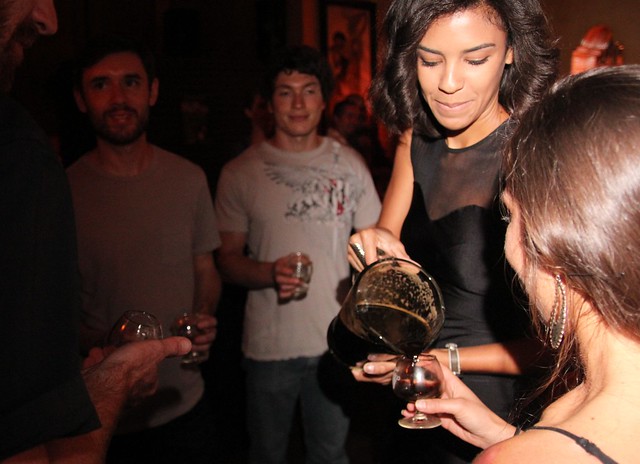 The ale of the hour: Firestone Walker XV Anniversary Ale.

Firestone Walker Deconstructed LA had one of the most brilliant themes for a beer paired food event ev-uh! Take the eight beers that comprised its XV 15th Anniversary Ale and pair them with food by Homebrew Chef, Sean Z. Paxton, a culinarian well-known for cooking and pairing with craft beer. Genius!

This had to be one of the most anticipated events during the 3rd Annual L.A. Beer Week, up there with the Beer Float Showdown and Union Station Beer Fest. But even though the party was in a chichi Hollywood nightclub, Bardot in the Avalon, the crowd dressed comfortable casual, complete with beer-saying T-shirts. You gotta love the chillness of the beer crowd. 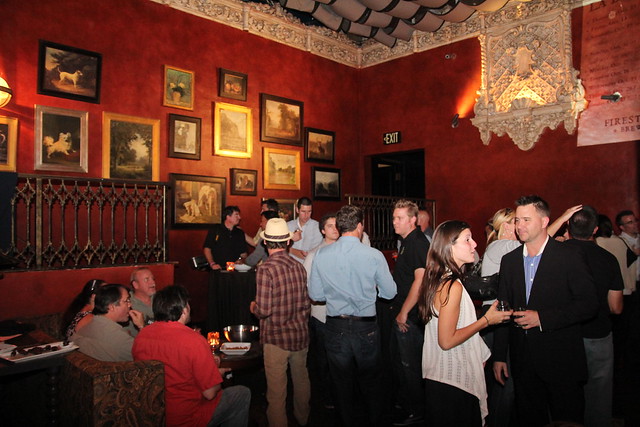 The downstairs portion of the venue contained the main bar which served the event beers but I took refuge from the non-air-conditioned room in the cooler (temperature and ambiance-wise) upstairs lounge. There I perched on a bench all night while the servers fed and beered me. There was never a lack of bites or brew so guests didn’t have to resort to pouncing on the servers.

However they were not for the teetotalers what with ABVs ranging from 10 to 14%. Yum! So even though the servers came around multiple times offering more pours, I had to resist with all my might or else spend a night on a Bardot couch. 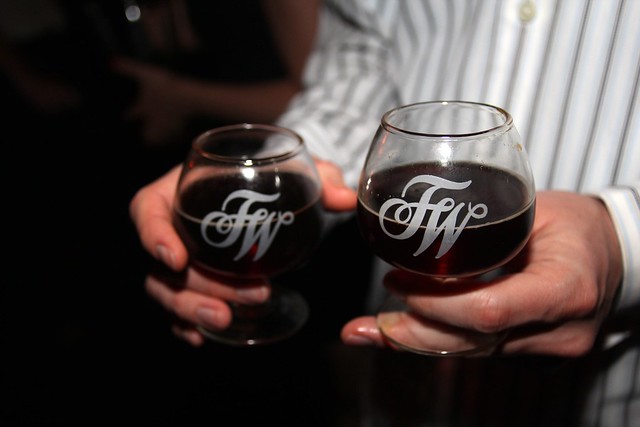 By the time we got to the XV I honestly couldn’t have another sip.  So disappointed in myself. Here was the beer I was waiting all night for and I could only do one round. Sad considering the work of art it is. The XV was created by skilled winemakers in Paso Robles who took the eight brews and carefully blended them together.

From the Firestone blog:

I really like what the winemakers bring to the process, they usually go for blends and flavor profiles that brewers never think of,” [Matt] Brynildson [Firestone Walker brewmaster] said. “That’s why I like bringing them in, it pushes the boundaries of our taste and that’s exciting.”

It’s a beer not to be missed. Fortunately, Firestone Walker is doing tap takeovers/XV components during LA Beer Week at the following bars. And look for the beer at the finest beer stores starting November 17. In time for the holidays. Woo hoo!