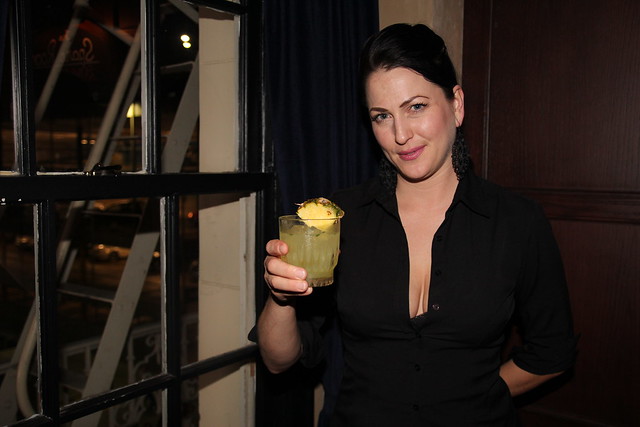 The Spare Room's Naomi Schimek was trained by the best: Audrey Saunders.

Audrey Saunders, famed mixmaster from New York’s Pegu Club who kickstarted the modern mixology movement, has returned to L.A. at least for tonight. She left La Brea’s Tar Pit last year but is going to be in Hollywood to celebrate Naomi Schimek’s new role as director of beverages at the Spare Room! Audrey, who won Best Bar Mentor at the Tales of the Cocktail’s Spirited Awards this year, had trained Naomi back in their days at Tar Pit together.

So she’s helping Naomi debut the new fall cocktail menu by providing her own guest cocktail menu for the night. Fans of her fine work will want to stop by the Spare Room to see this lady of libations in action. **Check out what she’ll be serving up via my post on Squid Ink, **which also includes a cocktail recipe by Naomi.

And here’s just some of Naomi’s own fall cocktail list. Lots of tasty stuff to be had.