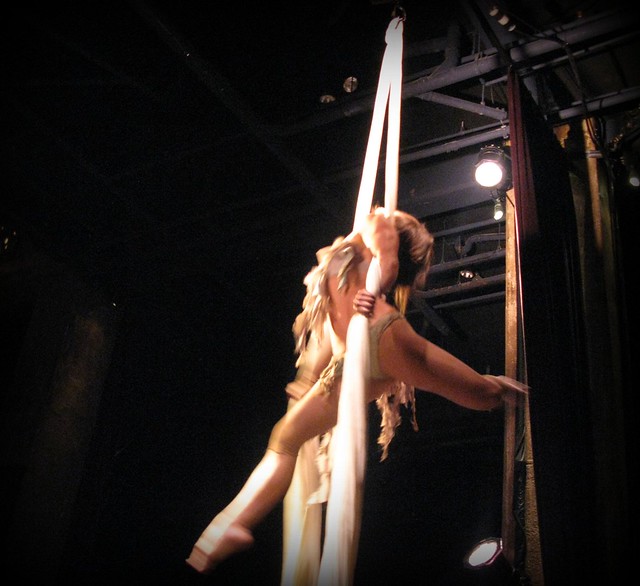 While you're enjoying the drinks, don't forget to look up.

Back in the day, before Harvard & Stone‘s R&D room and B-Side’s now defunct Mixtape Wednesdays, the Edison’s Radio Room, a speakeasy night that was the brainchild of Aidan Demarest (Spare Room), was the only game in town where renowned bartenders — like Portland’s Jeffrey Morgenthaler and Brian Miller from New York’s PDT — flocked from all over to share their cocktail stylings with the LA crowd. Cocktail enthusiasts enjoyed the opportunity to partake of the concoctions created from some of the best bartenders in the world even for just this one night.

Tonight the  Radio Room returns to the downtown basement bar and this time the special guests are renowned cocktail consultation team, the Bon Vivants — Josh Harris and Scott Baird — who are based out of San Francisco and have been joined by Hollywood’s own Alex Straus (Hemingway’s Lounge). Alex himself has said that tonight’s booze event is going to be a night not to be missed. And judging by the drink list (which the guys collectively created), that seems about right. That sound you hear is the squeal of cocktail geeks everywhere.

Yup, $15 a pop is a pretty penny but since this RR hasn’t been around…for awhile now and features these talented fellas, chalk it up to a very special occasion and treat yourself. You can catch the boys at Bar 1, the main bar right off the staircase. Vodka Red Bulls and the like should be ordered at the bar along the back wall. Also, heads-up  Yamazaki brand ambassador Neyah White will also be there.**
**

There’s also a guest chef taking over the kitchen: Chef Chris L’Hommedieu (Michael Mina‘s chef de cuisine and formerly of Thomas Keller’s Per Se in New York). Check out his bites menu along with the cocktail menu below.

While you’re imbibing and noshing, don’t forget to look up. Aerial show, Alchemy & Absinthe, will be performing. “Flying people, amazing food, and the Bon Vivants triumverate making magic behind the bar…  It will be a very busy night and will, most importantly, be a lot of fun!” Alex assures me. I’m so there!