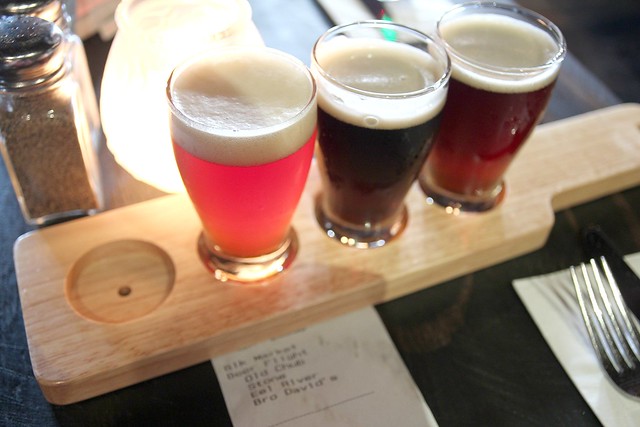 But lately there seems to be a handful of restaurants that despite all of the above have that one saving grace, the one thing that is a sure way to keep me coming back for more: a well-crafted craft beer tap list. Here are three such restaurants with beer lists that should not be dismissed. 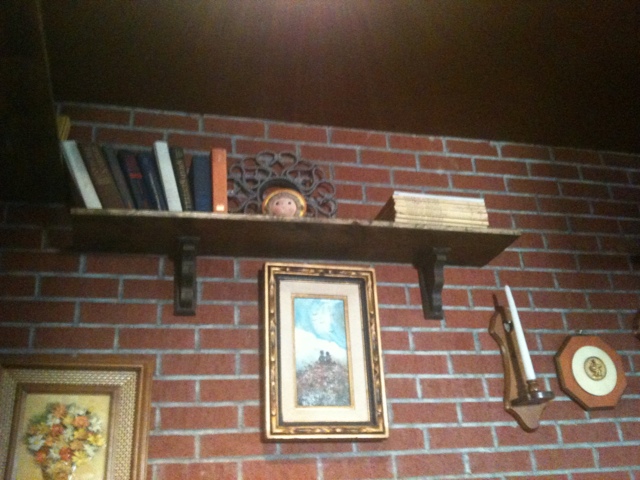 OK, creepy decor wouldn't usually be enough of a turnoff but it doesn't help either.

Boho Hollywood: The new location of this gastropub, “Hollywood’s first gastropub,” may be a turnoff to any Angeleno who fears the hordes of tourists in Hollywood and Highland. Or maybe it’s the creepy old-lady decor (check out that scary doll over its doorway), tourist-trap priced dishes or lackluster service but one thing that should not be dismissed is its beer selection. With 24 taps curated by none other than Ryan Sweeney of craft beer bars The Surly Goat and Verdugo, it’s all hits. If the Allagash Curieux or The Bruery’s Autumn Maple is over the head for most visitors to L.A., there’s always Boho’s beer flight option where four tasters are $11 and you can sample before you commit to a pint or goblet. Also, happy hour Monday-Friday 4-7pm and Saturday 2-5pm scores you draft beer for $5, as well as $4-$7 bar bites. 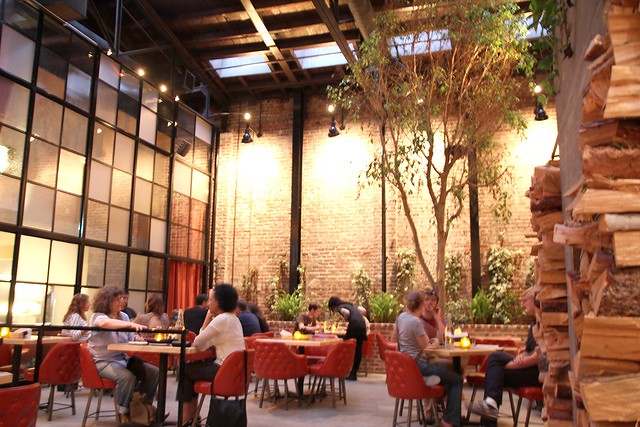 Mohawk Bend has a gorgeous back room in which to enjoy its equally gorgeous beer list.

Mohawk Bend: This gorgeous Echo Park movie-theater-turned-barestaurant’s tag line is “Commitment to Craft” and with 72 craft beer taps that change daily, it ain’t kidding. With a focus on California, you’ll find 65 craft beers from the Golden state with the rest of the taps filled out by a monthly featured out-of-state brewer. Sure, there is also a specialty cocktail list created with California-based spirits, but unless you like sweet drinks, stick to the beer. If you’re intimidated by the huge selection, just ask the bartender for a suggestion and a taste. By the way, the food here is hit or miss but you can’t go wrong with the “Keenwah” salad, fire-roasted artichoke and the olive tapenade and flatbread. 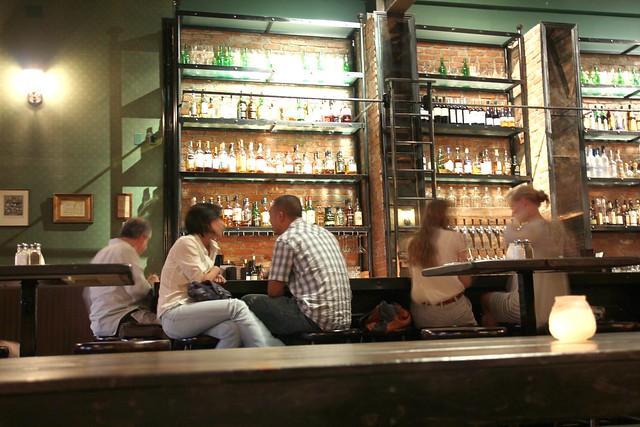 Enjoy a tasty brew at the bar or the communal table at Rosewood Tavern.

Rosewood Tavern: Just down the street from other beer-serious eatery, Golden State Cafe, this tavern on Fairfax Avenue boasts not only an intensive whiskey selection but a beautiful 28-tap list. The food may be overpriced and unimpressive but at least they’ve got the likes of Eel River Triple Exultation, Stone Smoked Porter and Eagle Rock Solidarity. So if Golden State is packed, just grab a seat at the bar or communal table and order up a tasty brew or a flight ($13 for four tasters). And word of caution, the service here usually starts out great but toward the end you’ll wonder where your server disappeared to, seriously, so make sure to double up on your beer before that happens. Regarding the lead photo, one taster was missing from my flight because the bartender didn’t realize I wanted a taster of Black Market Brown Ale so poured me a regular pint of it. Not that I’m complaining! Score!

Beer BTW: If you love beer flights as much as I do (instant beer fest!), here’s my list of the top five craft beer bars for beer flights as published on LA Weekly‘s Squid Ink.