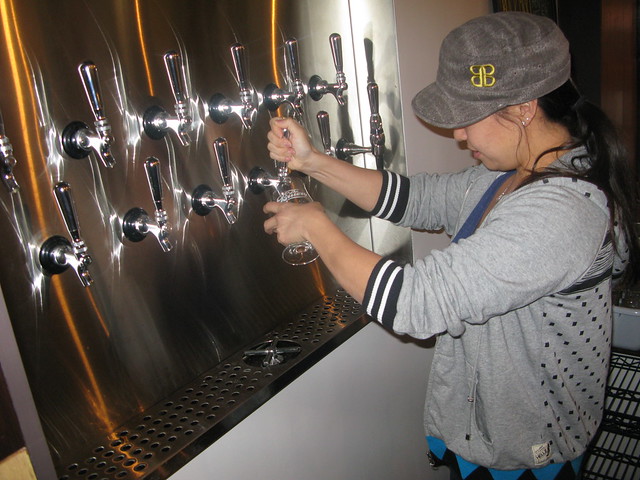 Trade a can of MGD 64 for something that comes out of a tap for a change.

So when I moved in to my new home, I found a huge stash of Coronas and Bud Lights (with lime flavoring nonetheless) tucked away in one of the kitchen cupboards. (Does that mean the house was blessed or cursed?) What was I going to do with all this crappy beer that not even the previous tenant wanted? I definitely wouldn’t serve it at a party, nor would I foist it on any of my friends (not that they’d take it anyway).

Fortunately, Beer Belly in Koreatown is willing to take it off my ever craft-beer-loving hands for its Inaugural Craft for Crap celebration on August 28 at 3pm. At this unique beer event, Jimmy and Yume Han, the owners of the bar, are offering to take your tired, your poor, your huddled masses of Bud Lights in exchange for a serving of some Cistmontane brew (and a penny*).

You can bring a forty, a 12-pack, one can, or, in my case, 24 bottles of shite and get a glass of Cismontane Citizen Steam Lager, Black’s Dawn Imperial Stout or Coulter IPA. Beer Belly says, “The economically minded should bring a can. The bold and determined should bring a case of 24.” Basically, it doesn’t matter how much beer you bring in, you’ll still get one glass.

The real question is what will BB do with all the bad beer it gets? It doesn’t know yet but is open to suggestions. Anyone got any ideas?

The bar is promoting this event as a way to convert your buddy who swears that MDG is the best and introduce folks to the wonderful world of craft beer. I’m saying it’s a good way to get your friend on the road to good taste and, let’s face it, what can be an expensive-ish habit. But who cares? Yay good beer!

Just in case you don’t know what would be considered bad beer, here are some ideas.

_* The event was initially trading your crap beer for good beer but the California Department of Alcoholic Beverages (aka party-poopers) said that doing so would violate Beer Belly’s alcohol license so the bar is now charging 1 cent to trade your crap beer for the good beer._