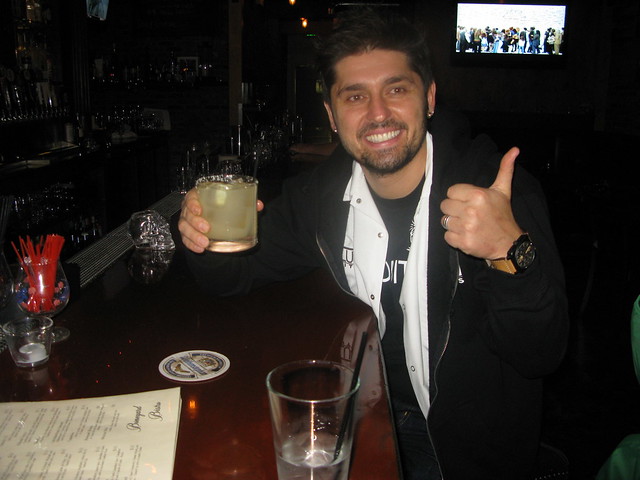 Tomorrow, August 23 on the Sundance Channel’s “Ludo Bites America,” L.A.’s pop-up king, Chef Ludo Lefebvre, is taking his cross-country Ludo Bites back to SoCal when he sets up shop in, Casa Pulido, a family-run Mexican restaurant in Redondo Beach. I got a sneak peek of the episode thanks to Sundance and it was the first time I’ve ever seen the show since I don’t have cable.*

And even though I normally shy away from reality shows I couldn’t help but love this one. Not only is it extra cool because I feel like I know Chef Ludo and his wife Krissy from their pop-ups in LA, but they are so charismatic and fun to watch. Sure the show has the usual reality show drama injected in there — this episode, it’s in the form of foie gras protesters and a stubborn restaurant owner — but fortunately they don’t dwell on that too much and the show just flows. Also loved how there are food porn shots of Ludo’s dishes interspersed in the ep during the seating. That sweet guacamole and brownie at the end looked divine!

In any case, if you don’t have cable either, find someone who does and get them to throw a screening party. Since this episode takes place in a Mexican restaurant, you could do a Ludo Bites drinking game with shots of tequila. To help you along, I’ve come up with the following drinking rules just for tomorrow’s episode.

Airs tomorrow on the Sundance Channel at 9pm PT/ET. On Sunday the 28th starting at 3pm ET/PT, Sundance will air a marathon of the season followed by “Ludo Bites America: One More Bite,” the look back on Ludo’s culinary tour of the U.S. over the course of this season.

_* You can also buy the “Ludo Bites America” episodes on iTunes._