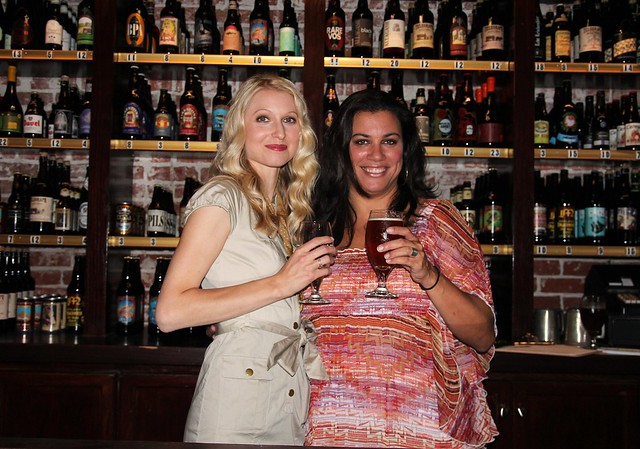 Yes, I still wanted to hold a grudge against 213 Downtown for banning me from Schmeven Schmand all those years ago. But there comes a time when a girl has just gotta tell herself, “Oh get over it already.” And when you throw in craft beer, the Beer Chicks, a 7-bar LA craft beer crawl and a brand-new downtown craft beer store, well that makes it all the more difficult (and silly) to hold a grudge.

I was invited to the 2nd Annual LA Craft Beer Crawl which meandered around Downtown LA through bars that are primarily known for their cocktails. The Beer Chicks had curated the taps which before had been stuff like Stella Artois and they invited renowned craft breweries like Taps, Stone Brewing, Craftsman and Firestone to spread the gospel of good beer to the event’s attendees. 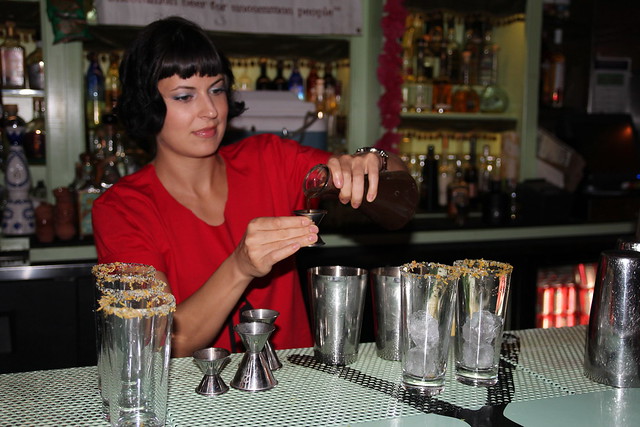 Unfortunately I couldn’t stick around to enjoy the whole crawl, which went on til 8pm, since my ‘rents were in town, but I made a good show of it. With my beer buddy Lindsay of LAist we ran from bar to bar, trying to enjoy as much of the exclusive pours during the VIP hours as we could. Starting off at Golden Gopher, we checked out the Beer Chicks’ new beer store, 8th Street Bottle Shop (which is now open) and then enjoyed Drakes Aroma Coma and Cismontane‘s coffee-infused Citizen. Afterward it was off to 7G for Ommegang Aphrodite, then Las Perlas for the Raul Yrastorza’s Dusty Road Chelada which featured Uncommon Brewers Siamese Twin Ale. Since the food trucks weren’t coming out til 3pm and we were starving, we braved the wait (and drunk Lotharios) at Cole’s across the street where we shared some garlic fries with Stan of Drink Eat Travel and those wacky Noble Ale Works guys. 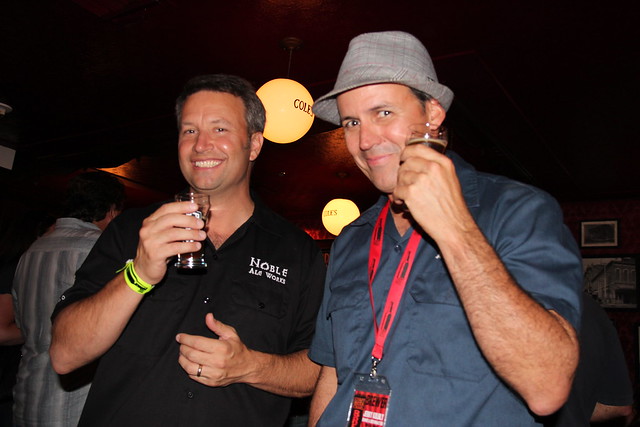 Wrapping up the crawl Linds and I adjourned to Cana for the Maui Brewing beer float with banana ice cream and Maui Coconut Porter and ran into LA Weekly‘s Pulitzer-Prize-winning food writer Jonathan Gold “holding up a wall” and answering culinary questions for $1. (Apparently Cana’s Allan Katz put up the sign over JGold’s head as a joke.) Needless to say, I asked a bunch and found out that no, LA Weekly won’t have a JGold cocktail event this year and that the Varnish is his fave spot for grabbing a cocktail.

Now you’d think it would be almost impossible to learn and drink a whole lotta beer at the same time, but it’s not! Here are 10 other things I managed to pick up during the LA craft beer crawl: