AirBnB in France and Spain: From a Traveler’s Point of View 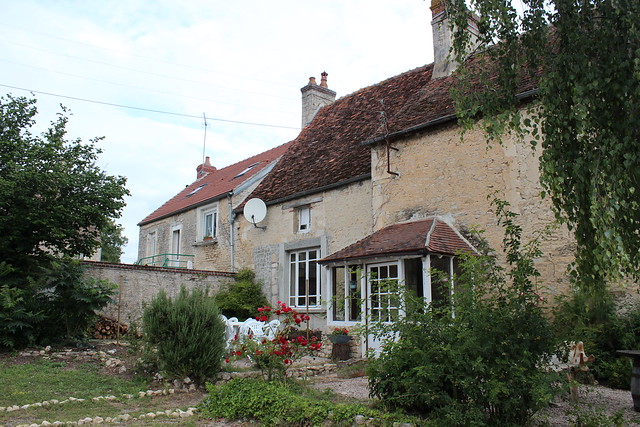 When I travel, I stick to five basic tenets: 1) Buy local food stuff for souvenirs, not tourist-trap trinkets; 2) no schedules; 3) walk everywhere; 4) never look at a map in a public place (unless it’s on my iPhone); and 5) do as the locals do. It’s this last one that I find makes me really appreciate a destination in a way that guidebooks can’t show me how. And during my recent trip to Europe, thanks to AirBnB, a Web site that offers a “global network of accommodations,” I was able to immerse myself in my homes away from home and be a faux local. I stayed in a posh Parisian flat, a charming farmhouse in Normandy and an apartment in bustling Barcelona, never feeling like a displaced tourist. (For the record, the site gave me a discount to try out the service which I used on two of the places.)

The hosts of each location went out of their way to make me feel welcome. Some left instructions on how to best enjoy my temporary home, others gave me a list of nearby restaurants and bars and one even cooked an amazing gourmet dinner for me and my friends. And every night it was nice to come back to a cozy place, untouched by maids armed with sanitized sheets and towels. I don’t know, I found it quaint and very comforting, like how it would be at home.

It was fairly easy to book through the site. It’s even easier if you’re looking for a place to stay in a big city since the folks in smaller towns, at least in France, weren’t very responsive to their email. But the site shows you what the response rate of each host is so you can use that to decide if you want to bother contacting them. Keep in mind you need to contact the host before booking a place, to inquire if the dates you are looking for are available. It’s only after you make a payment with the host that you get their actual contact information and address of the place. Easy-peasy.

Homes Away From Home 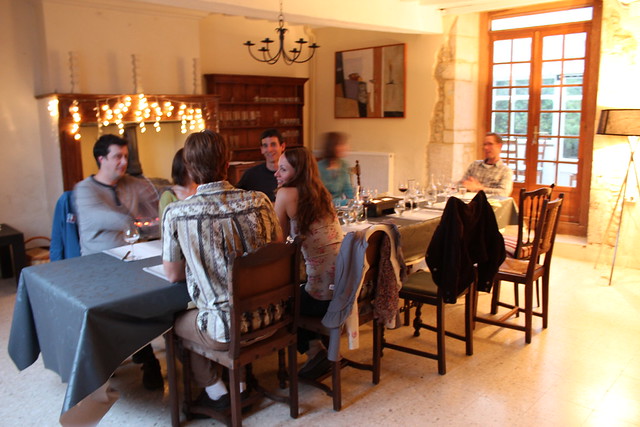 This farmhouse in the middle of the French countryside became home to me and eight of my traveling companions. The purpose of this entire European trip was to go to the 24 Hours of Le Mans and unfortunately we had waited too long to book accommodations so could only find this place which was about two hours and many toll booths away from Le Mans. But thankfully our hosts and the home itself more than made up for that inconvenience. Peter, our host, was a gourmet chef and he and his wife both had experience in hospitality and even though both were English ex-pats they made sure to give us a French experience. For instance every morning we were welcomed by a basic French breakfast of pastries, coffee, homemade yogurt, orange juice and jams. And we were able to book a five-course dinner prepared by Peter and his wife and made from fresh ingredients right from the farmers market in nearby town, Falaise. For the day after the Le Mans race, our group recovered from staying up all night by lounging around in the common area drinking Grimbergen beer and enjoying the free Wifi. I also explored the grounds, visiting the farm animals like the many roosters and chickens as well as the angry goose by the pond and the guinea pigs outside and daydreamed of moving here. 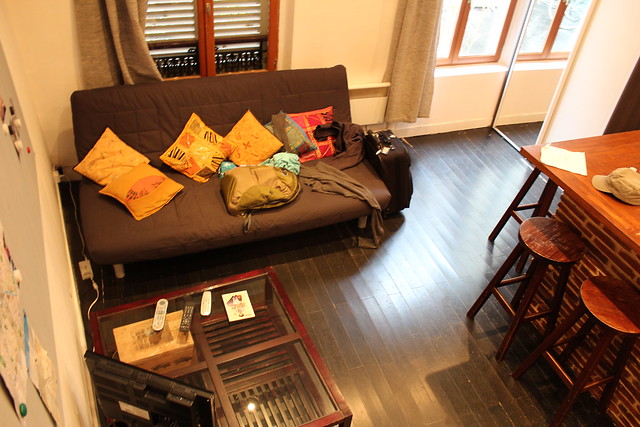 Where we watched Borat in the Parisian flat.

We only stayed here for a night before we took off for Barcelona but I loved how the host Jul was so attentive. He let me call him with any questions while he was at his job! He eased my mind by giving me instructions on how to get to the Charles Du Gaulle airport in plenty of time to catch our morning flight. I really liked this location for its proximity to the metro station which also got us to must-visit bar, the legendary Harry’s New York Bar. The apartment was located in a courtyard off the street and came with a queen-size bunkbed! When we just wanted to chill we popped in the Borat DVD and cuddled up on the couch. (Pano shot of the apartment.)

This small apartment was basically right off popular thoroughfare Las Ramblas (think Santa Monica’s 3rd Street Promenade on steroids), next door to the famous Boqueria Market and very central to everything we wanted to see. We walked everywhere, to the beach, around nearby neighborhoods Barri Gotic and El Raval and to two of Hemingway’s drinking spots; and the metro station around the corner took us to “far-flung” locations like Sagrada Familia and the fortress at Montjuic. And since the apartment was in the middle of it all we could always just come back and take cat naps after such exhausting days of exploring. We’d also buy fruit from the market and sit on the bed eating cherries while perusing local weeklies and listening to ’80s music on the stereo in the room while outside we could hear the sounds of the city. It was lovely. But I really liked emerging from the apartment which was located between two tourist shops but away from hotels and feeling like I belonged there.

It should be noted that during this vacation I had also stayed in a budget hotel in Paris, and these AirBnB places were wayyy better in terms of service, accommodations and location.

Now, if you’ve been following the news you’ve probably heard about the recent scandal the Web site has been hit with where one of its hosts in San Francisco blogged about how their place they rented out to an AirBnB customer was not only robbed but vandalized and violated. We’re talking that not only did the “renters” use the host’s credit card they took from a locked closet to do some online shopping at Bed, Bath and Beyond but they even used her BBB coupons as an extra “fuck you.” Yeah, it was really messed up.

The site has since tried to repair its image by offering up a $50,000 guarantee, starting August 15, to hosts who might find themselves in the same nightmarish situation. But what you can do as a renter to gain the trust of your potential hosts is to also make sure to build up a cache of recommendations on your profile from friends and family, those who can vouch for how responsible and non-asshole-ish you are.

I really hope that AirBnB can survive this recent blow to its reputation because I really enjoyed using the service and found it more wallet-friendly than hotels and definitely a step up from budget motels.