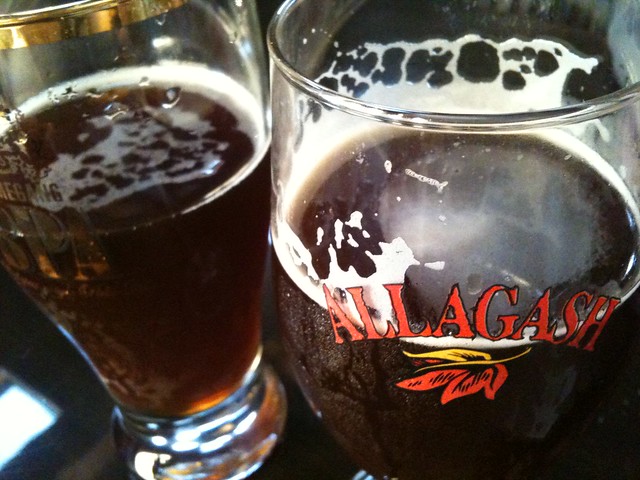 On a section of Brentwood street familiar to most UCLA students who like to party, new gastropub Bru Haus sits on Wilshire Boulevard between Q’s Billiard Club and Cabo Cantina, two bars populated with 20-somethings whose seeming sole intent is to tie one on and meet that special random someone. Not that I’m judging. We all started somewhere. Gosh bless ’em. 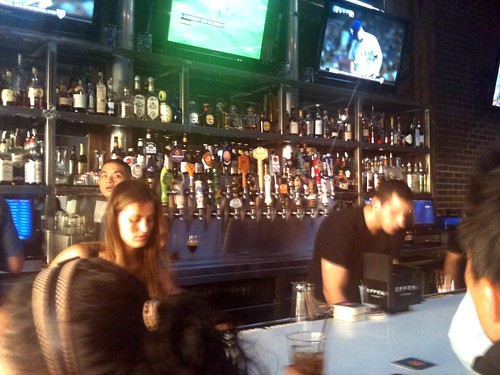 Who's manning the taps?

But Bru Haus touted “a variety of exotic brews from Germany, the Americas and Belgium,” (as stated in its press release) a welcome change for sure from the sports bar staples of Coors Lite and Budweiser (which they carry as well, no doubt to appeal to the Q’s/CC crowds).

Finally something for the discerning beer drinking Westsider. In addition to the good beer, Bru Haus offers sausages like duck and foie gras and alligator/pork andouille. Are they going to be the Wurstkuche for the West?

Where It Falls Short

Well, on a recent visit to the crowded sports bar, I was impressed by the beer selection they had on tap and in bottles. The list itself looked promising. Ooh, there’s my fave Paulaner Salvator as well as Allagash Curieux. But then it all fell apart when the very pretty bartender, who could have passed for Amanda Peet’s younger, more attractive sister, grabbed a pint glass for the Malheur 12 we ordered. Not that we’re complaining because a pint of beer that’s 12% ABV would be awesome, but a chalice would be the best way to enjoy such a beer. Fortunately, she thought to check with another bartender first. He directed her to a chalice and she proceeded to splash the beer into the glassware. 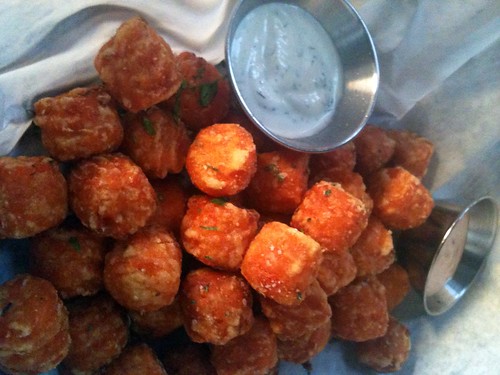 Now, I usually don’t have a problem with bars with new bartenders. Like I said, and as it’s true for new drinkers, we all had to start somewhere. But when the bar promises such quality beers you’d think the bar also had knowledgeable staff to help you appreciate such goodness, properly school you as well as make sure it’s served in the best glass to complement it.

Be Able To Sell It

For instance, when you pull up a bar stool at craft beer bars like the Surly Goat and Father’s Office and ask the beertender what’s the story behind that seasonal beer from Oregon that they just got on tap, you’d expect to and would get an informative answer as well as tasting notes.

Even the owners of new Koreatown gastropub Beer Belly made sure to only hire beertenders with previous backgrounds in the beer industry. Pasadena brewery Craftsman will only sell their beers at bars staffed with beer-smart bartenders.

So yes, I couldn’t help but be disappointed that this wasn’t the case with Bru Haus. It was just another sports bar, trying to slot in perfectly with the others. Which is fine if that’s what you want.

As for their food, since I’m still doing a veggie diet, I just tried their vegan sausages. The chipotle one, though really spicy, was the better of the two for its flavor. The apple sage one was just OK, but perfect for the vegan who doesn’t want too much flavor or spice in their dog. The sweet potato tater tots were surprisingly overpriced, costing $1 more than the vegan sausage. Not really worth that premium price either.

But the same could be said of Bru Haus altogether. Great beer selection and decent food, but not really worth the premium price you pay in fighting the tightly packed meat market crowd to get to your drink, compete for seats and talk over the loud club music on top of it all. As for myself, I’m really not compelled to go back. Bummer since I was really looking forward to having a new favorite beer bar on the Westside. As it is, I’ll have to console myself with City Tavern, Library Alehouse and Father’s Office.