Once More but With Tequila: Mas Malo's Classic Cocktails 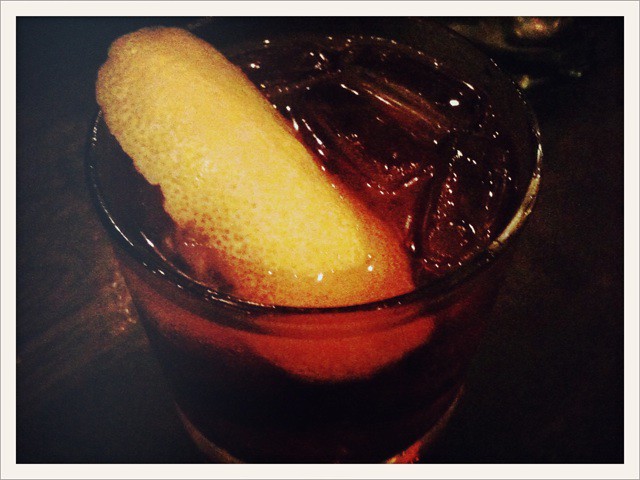 Mas Malo downtown — home of over 200 tequilas, a tequila vault and a basement cantina — has one more reason for cocktail fans to flock its way: a new list of drinks featuring classic cocktails, but all made with tequila in place of their respective traditional spirit. And sure, this isn’t a new thing as similar cocktails like these have popped up all over the city, but it is the first time I’ve heard of a whole dedicated menu like this.

“Downtown there’s quite a renaissance of Prohibition-era style cocktails and that’s where my knowledge is as well, apart from tequila. And I just thought it would be a great way to marry the two: do classic cocktails with a tequila twist,” said Mas Malo’s beverage director Fred Warner.

Why mess with a good thing by adding tequila? “It’s made it into something original,” said Fred. “I love Old Fashioneds, Sazeracs, but I never thought about making one with a different spirit. Sazeracs and Manhattans are traditionally made with rye whiskey but with tequila, especially an aged tequila like anejo it has a lot of the same qualities as a bourbon or a rye.

“Although, when making an Eastside which is traditionally made with gin, cucumber, mint, sugar and club soda, I’ll make it with a silver tequila. Same with the Old Cuban which is normally made with rum but I’m going to make it with silver or reposado.”

Fred ultimately plans to have a list of about 25 tequila-fied classic cocktails (priced $10-$14), but is still trying to figure out which ones he wants to put on the list. So, at the moment, a new classic cocktail is simply unveiled every three or four nights on the chalkboard behind the main bar as well as Tweeted.

“Right now I’m still experimenting with which cocktails I want to do. I know I want to do a variation on an Aviation, an Old Cuban, a Manhattan, Sazerac, Sour. We’ll do a couple of traditional tequila cocktails, too. Tequila Sunrise, Green Iguana with the Chartreuse and maraschino.”

Even though tequila is taking the place of each cocktail’s usual spirit, the amounts are the same. Fred uses 19th-century American bartender Jerry Thomas’ (the father of mixology) recipes for the new-old cocktails. “My Anejo Fashioned isn’t the bastardized 1950s Old Fashioned with an orange wheel and a maraschino cherry. The original one made at the turn of the century was made with just bourbon or rye, bitters, sugar and ice with a lemon twist.” Mas Malo’s Anejo Fashioned is made with 2 ounces of Anejo, 3/4 ounce of simple and Peychauds bitters.

The list debuts at the restaurant in a month, after Cinco de Mayo, and to give it a special speakeasy feel, it will only be made available to those who specifically ask for it from their server or bartender. “You’ll get it if you know about it,” said Fred.