Ray’s and Stark Bar: He Said, She Said Cocktail Review 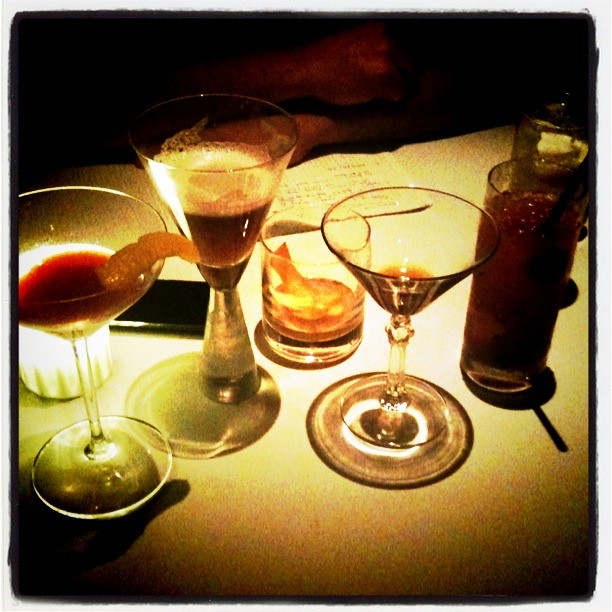 Michel Dozois of Neve Ice, who used to work behind the stick at Comme Ca and Church & State, had previously said that he wasn’t about stepping on another mixologist’s toes when visiting L.A. bars to try and sell his gourmet ice. He didn’t want to make cocktails but rather, he wanted to focus on just his ice. However, when executive chef Kris Morningstar and GM Ron Carey made him an offer, which was to put together the bar program at Ray’s and Stark Bar located in the LACMA courtyard steps away from the luminescent Urban Light installation, Michel couldn’t refuse. “This is an amazing project and has been fun…you want to work with this crew,” he said.

Originally Michel was charged with creating a 100-cocktail menu for the barestaurant but fortunately convinced the powers-that-be to narrow it down to 25 — five in each category of Champagne, Stirred Up, Shaken Up, Collins and On the Rocks — so that patrons wouldn’t get overwhelmed but there would still be something for everyone. His menu of drinks which range in price from $10-$14 is a compilation of classics, favorites he did for past venues he’s worked and those inspired by the new bar.

He said he’s basically staying on in a consultant basis “for a little while,” saying, “It’s a lot of fun. I mean, we’re at a museum, I can do whatever I want.” A contradiction for sure considering you’re usually not allowed to do anything in museums (“No photography” and “Don’t Touch This”) but Michel said he loves the team at Ray’s and Stark Bar — which includes bartender Cherish Mumm (Sona), sommelier Paul Sanguinetti (Fraiche) and pastry chef Josh Graves (Mercantile) who makes the syrups for the cocktails — plus they have a garden in the back for pulling fresh ingredients.

In any case, my drinking buddy John Colletti (Social Domain) and I were eager to check out some of Michel’s cocktails.* We aimed for trying one from each category…and then some for good measure. **Our tasting notes after the jump:** 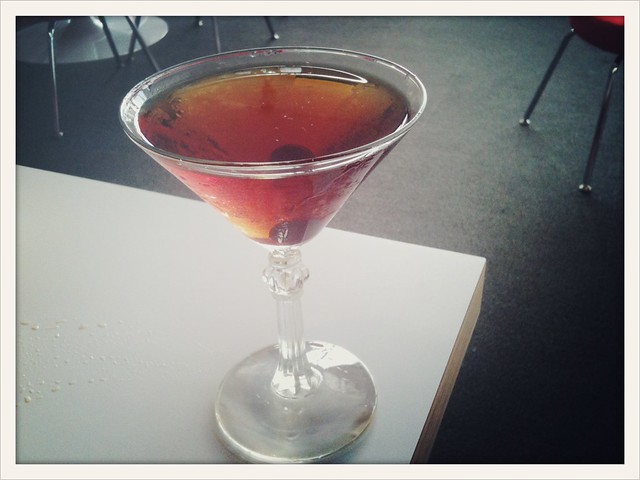 Smokey and the Bandit: Laphroaig, honey, orange and lemon peel. 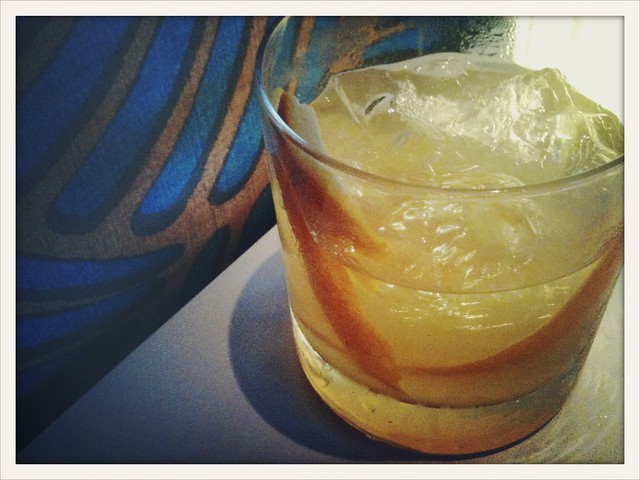 Smokey and the Bandit. 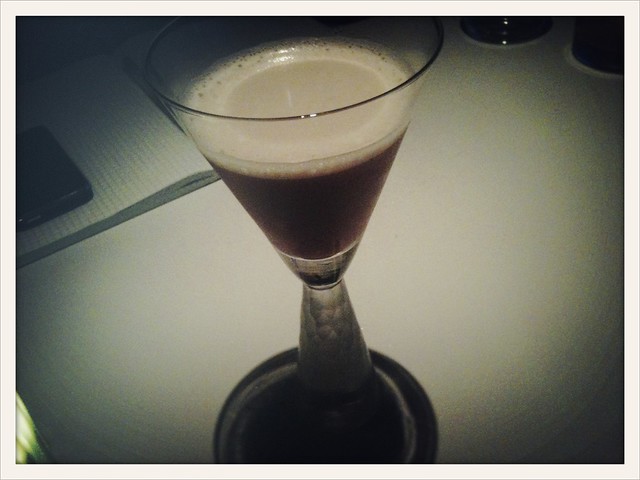 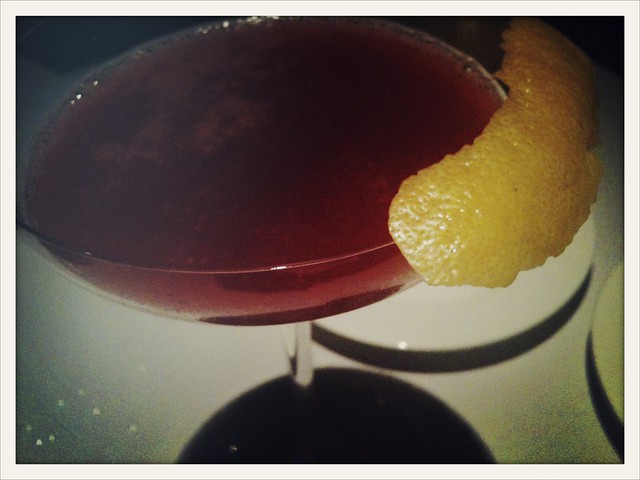 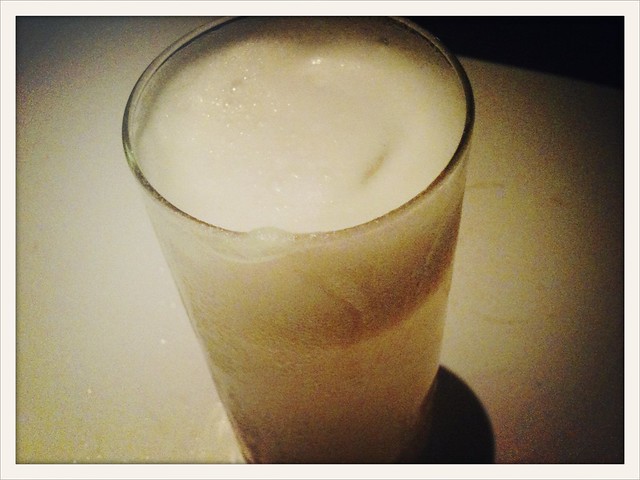 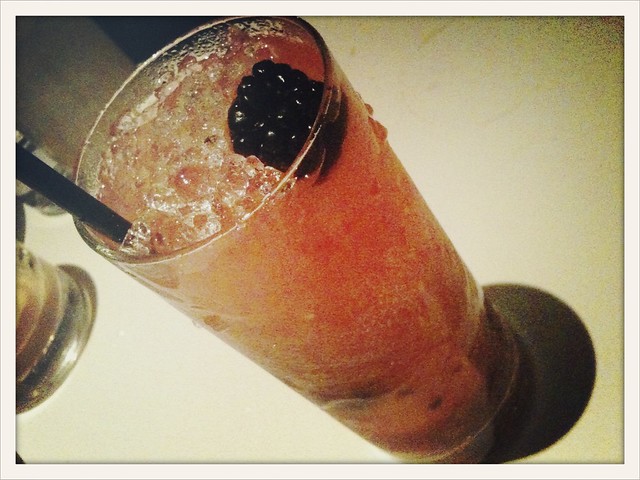 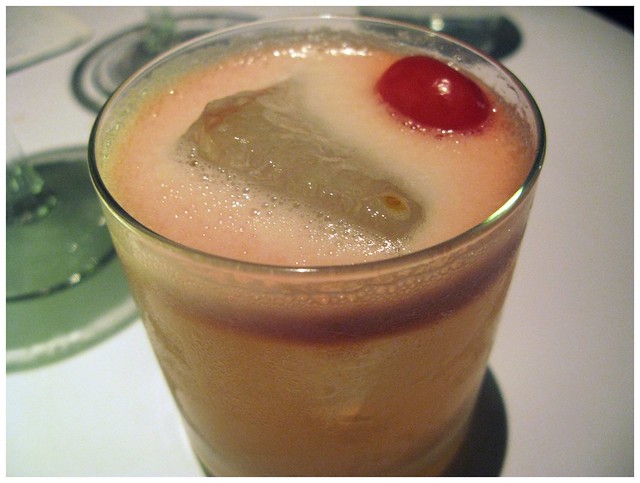 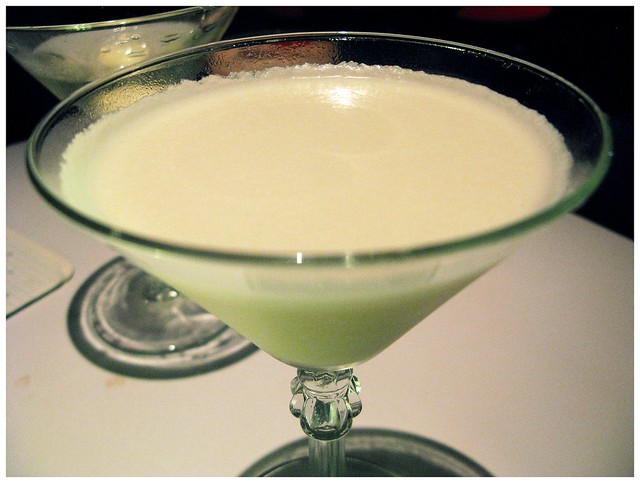 For extra credit, John and I asked for our go-to cocktails, a Manhattan for me and, since I took his stand-by, a Gibson for John. The Manhattan here was a bit more bitter on the finish than I prefer but John attributed that to its use of the John Barr whiskey, which is the well whiskey. Whatever the case, it wasn’t my favorite Manhattan but it wasn’t horrible either.

As for the Gibson, it’s an “R&D” project because of the onion juice. Here, the savoriness of the onion overpowers the gin. Michel and John went back and forth about the possibility of Michel making his own onion garnish.

But yay for my favorite cocktails: Lait Michel, Smokey and the Bandit and the Morning Glory Fizz. And can’t forget the Hanky Panky — gin, Sweet Vermouth, Fernet Branca, orange peel garnish — which I tried during a previous visit and subsequently fell in love with. Flavorful and complex, only serious drinkers need apply.

With a gorgeous setting on the patio — which, by the way, can expand to seat over 500 people during especially hopping nights, this would be a perfect way to pass a warm summer evening. Sure, Stark Bar is more of a destination bar since there really isn’t any other bars near by for a bar hop (unless you count Molly Malone’s and Tom Bergin’s on Fairfax) but with a nice variety of affordable-ish cocktails and people-watching opportunities it wouldn’t be too terrible if you settled in here for the night.

Ray’s, the restaurant, is lovely as well. The dinner menu is a bit pricier than a non-fancy cheapskate like myself prefers — read: $9 grapes and $22 pork belly — but should you be interested in splurging, might I suggest the chile appetizer (wood roasted chile, chorizo, dates, goat cheese, almond sauce) and the Arctic Char which kicked my pork belly’s ass, tasting fresh and savory.