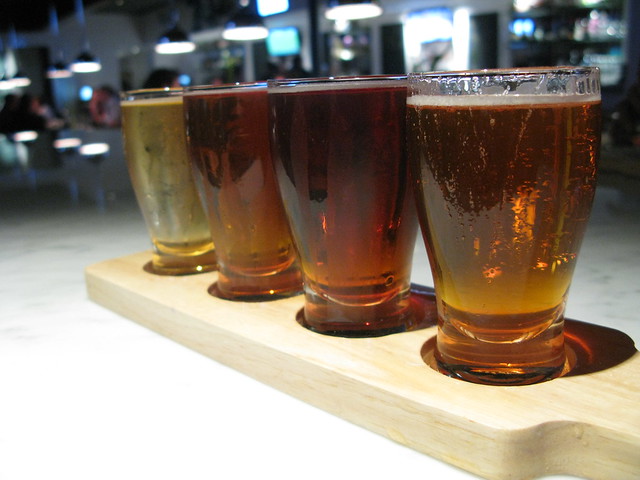 Since we’re all in the drinking-beer mode today — Happy St. Patrick’s Day! — I figured a beer-related giveaway was in order. I have just two passes for this Saturday’s City Sip LA home brewing class, part of the Craft Beer Home Brew Series, which starts at 1pm. Your professor will be none other than beer expert Alex Macy, whom you might remember from BottleRock DTLA.

No DUIs, crazy bar tabs or having to drag your ass to the local pub when you will know how to brew your own beer at home! The class will take you through each step of creating an IPA (just up to the point of actual fermentation of the brew) and you’ll be given a take-home guide because, you know, practice makes perfect brew.

For good measure students get to taste seven beer varieties to learn about the different styles and available brands. A full lunch is included with the class but make sure you have a designated driver lined up anyway. It’s a lot of beer.

The cost of the class is $50 but one lucky crackhead will get two passes so you can learn with your drinking buddy. Just do the following:

You have til tomorrow morning at 11am to get in your submissions. You can comment as much as you want on my wall but I will check to make sure both Steps 1 and 2 have been followed. I’ll pick the winners at random and contact them via Twitter (just easier that way). Should I contact you, you’ll have til 2pm to respond. If you don’t then I’ll have to pick another winner.