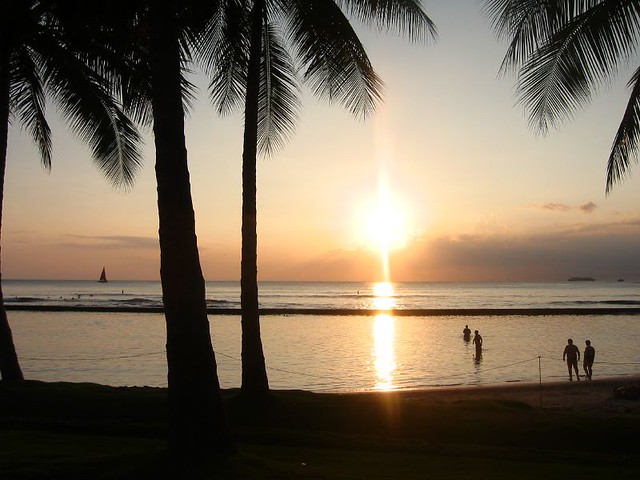 Wish you were here?

We’ve still got a long way to go for some consistently warm weather, but that doesn’t mean you can’t start your Mai Tai drinking early. Lucky for you, there’s an opportunity to not only vote for your favorite LA bartender’s Mai Tai recipe but also win a trip to Hawaii, Land of Infinite Mai Tais!

Nine of LA’s best mixologists compete for bragging rights and the title of Master Mixer in Los Angeles Magazine‘s The Hawaii Mai Tai Mixoff, a contest which kicks off today. Where and how do you get involved, you ask? Well, each week for three weeks three mixologists will be featured with their versions of the tropical drink on the LA Mag site and all you have to do is vote for your favorite.

Bonus is that your vote also doubles as an entry into a contest to win a trip for two to Hawaii — airfare, luxury hotel accommodations, rental car, complimentary Mai Tai and tapas at the Mai Tai Bar — as well as an invite to attend the finale mix-off event on February 23 at supperclub. Only one vote per week counts.

So why am I telling you about this instead of keeping it all to myself to improve my chances of winning? Because I’m pretty sure I’m disqualified since I’m actually judging the final mixoff with La Descarga‘s Steve Livigni and Melkon Khosrovian, co-founder and spiritsmaker for GreenBar Collective. Woo hoo! And turns out one of my fave globe-trotting boozers, Zane Lamprey of HDNet show, Drinking Made Easy will be hosting the event. By then the field will be narrowed down to the top three and we have the very difficult task of picking just one winner. Can’t wait.

In any case, who are you going to vote for? Here’s the schedule for which bartenders are competing each week: