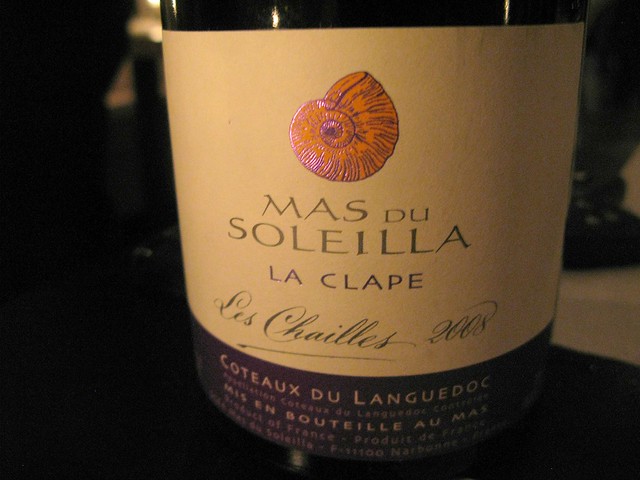 Try this with Whoppers and honey Dijon potato chips. But not at the same time.

When you think Super Bowl party, you naturally think beer, beer and more beer. Hey, I’m the same way. But when I had a chat with “wine pimp” David Haskell (Magnum pop-up, Bin 8945) he made the case for why vino is a better complement to game time junk food.

“The Super Bowl or any game or anything in life, the worse feeling in the world is sitting down and feeling like you?re so stuffed,” Haskell said. “And I think the French paradox is right. Two glasses of red wine helps your metabolism and makes you thin. Speeds everything up, helps you digest. The Super Bowl is a three-hour game. What happens in a three-hour game? There?s food and food and then we have jelly beans and then food.”

And despite the traditional sports bar combo of burger and a beer, he disagrees. “A burger and wine is one of the best pairings in the world. A burger and beer is not a good pairing. The two carbohydrates of bread and bread, why would you ever pair that? Like this [$24 Mas du Soleilla Coteaux du Languedo] with a Hatch burger at Umami? That would blow your mind. All that pepper and then the meat is salty.”

Sold! Haskell was good enough to take this further and offered wine pairings with usual game time fair like sausage pizza, Doritos, guacamole and chips and even Whoppers for my LA Weekly Squid Ink post. But he doesn’t just match wine according to which food would taste nice with it but actually alters your palate’s sensation.

During dinner at Comme Ca, he demonstrated the unlikely pairing of the Coteaux du Languedoc with malt balls and honey Dijon chips (fetched from Mel & Rose down the street). It was like magic. The chocolate-covered malt ball actually seemed creamier and the chips cheesier. Kinda reminded me of combining Jelly Belly beans to come up with a new flavor.

Anyway, whether you’re a Packers or Steelers fan, or just like to watch the commercials (me!), enjoy your Super Bowl Sunday and check out these pairings.

BTW, you can experience Haskell’s pairings for yourself at his upcoming pop-up with chef Joseph Mahon: Pal Cabron vs. Magnum: An Eastside Story, on February 15th and 16th. Click here for a peek at the food menu. Four courses for $48, $27 to include pairings.