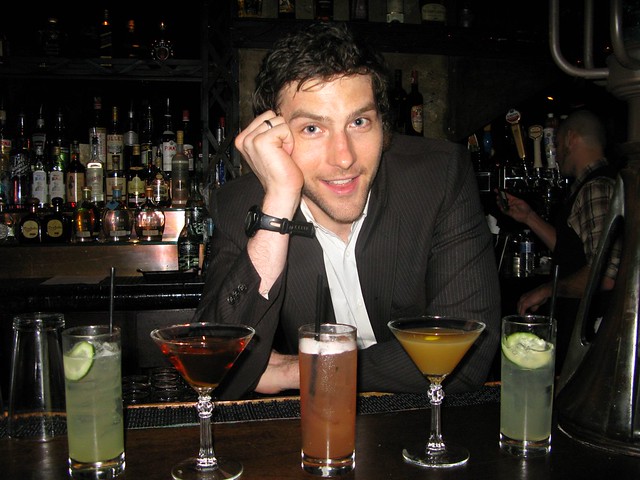 So pretty...the cocktails, I mean.

Don’t count Joseph Brooke, The Edison‘s director of spirits, out just yet, L.A. drinkers. After about a year, he’s come up with a new list of cocktails for the swanky downtown bar. What took so long? The current renovation of Clifton’s Cafeteria delayed any go-ahead for a new cocktail menu from the Edison’s powers that be. But tonight, Brooke debuts his brand-new menu which is “classically driven” and at the same time offers an entry-level option into the world of mixology for the usual Red Bull-vodka Edison clientele. 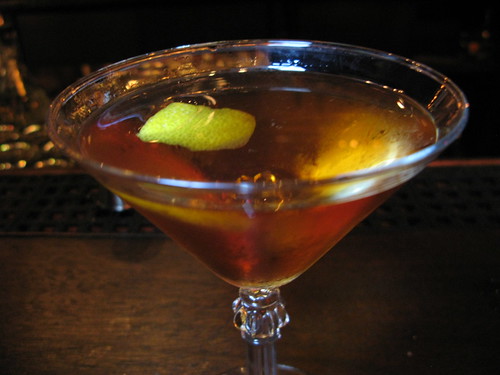 The easy-on-the-eyes bartender, winner of the first season of On the Rocks: The Search for America’s Next Top Bartender and formerly of Santa Monica’s market-fresh Copa d’Oro bar, admits that the Edison will never be at the same level as mixology-serious bars like The Varnish and Spare Room because of its inherent size and party crowds which call for quick cocktail turnaround.

“It’s about speed,” Brooke explains. “I may not be able to muddle a jalapeno pepper but I can do two squirts of really good hot sauce and it achieves the same thing. Some purists would consider that cutting corners but I had to structure this list as what’s going to be as good as it is fast.”

And what he’s created are five new cocktails; each touted as an introduction to “fill in the blank.” Brooke says he’s “all for expanding people’s minds which is why we have drinks like…the Highland Breeze, sort of like an introduction to absinthe for people who are still sort of on the fence about it.” Made with Herradura Blanco, cucumber water, agave nectar, lime and Pernod absinthe, it’s a delicious, light and refreshing cocktail. Its anise flavor comes through midpalate, a trait sure to please those usually frightened by the strong flavor and history of the infamous spirit.

But Brooke is especially excited about the Edison’s expanded non-alcoholic list which will cater to the bar’s huge influx of designated drivers, a common occurrence thanks to the LAPD headquarters located across the street. The mocktails also serve double duty of easing those who’ve had too much back into sobriety in a way that doesn’t scream “party pooper.” Teetotal on the Spiced Apple with apple juice, cinnamon syrup, lemon and ginger ale and served in a martini glass.

Cocktail fans who want to enjoy the drinks without too much of a crowd should swing by the Edison on Wednesday nights. Since the bar doesn’t currently have a regular show night, like the circus nights of the past, the hump day is perfect for serious drinkers who want to be able to chat up the bartenders and learn more about the cocktails.