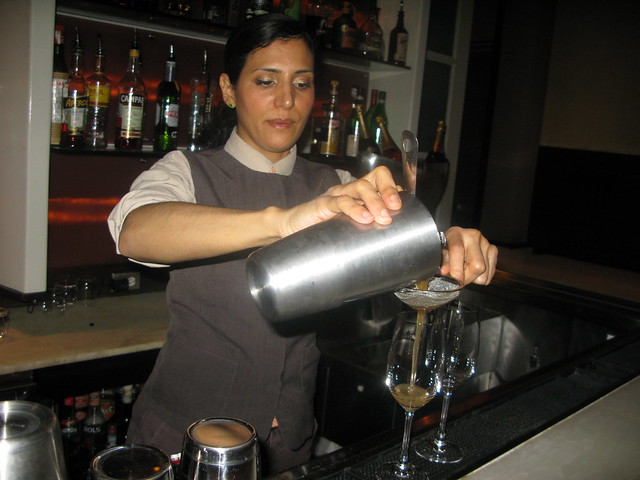 My, what a huge shaker you

My list of the top 10 holiday cocktails in L.A. is up on Squid Ink today and features tasty boozy seasons greetings by some of our town’s best bartenders. And no, there aren’t any peppermint mochaccino martinis here. Rather, these are cocktails that personify the flavors of this time of year: nog, cranberry, butter rum and of course fruit cake. But it was Providence’s esteemed bartender Zahra Bates who impressed me with her unusual concoction that involved bruleeing persimmons. 1) I looove persimmons and 2) I’ve never had persimmons in a cocktail before! 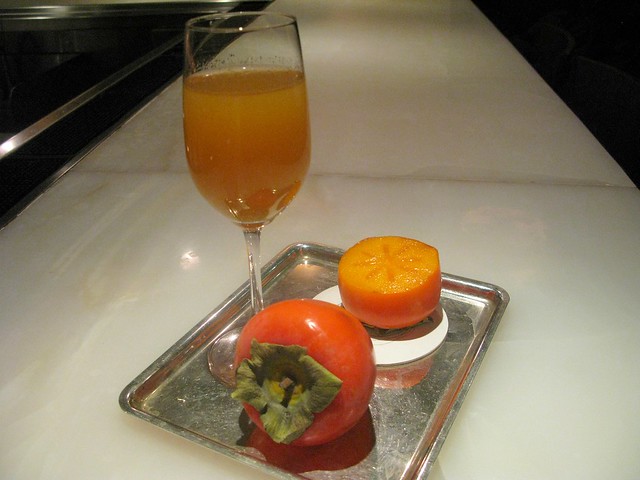 So I trekked on over to Providence where she told me to swing by after 8 as that’s when the dinner crowd is already seated and her bar is quiet.

Zahra talked about how she came up with the idea of bruleeing persimmons for a cocktail. Apparently it was sparked by her wanting to brulee grapefruit for a champagne cocktail. And then once she decided to go with persimmons, she felt that bourbon might complement the flavor better. But turned out that they tasted too similar so she went with cachaca instead because “there’s a fruit content and?it uses sugar” and it’s a good combination. I took some videos of her making the cocktail but unfortunately they’re so dark. But you can kinda tell what she’s doing AND she has such a great shake.

Anyway, the night I went the cocktail was still in development, meaning that she wanted to try using gingerbread bitters instead of anise bitters to give it “another note of Christmas.” But as you can see from the recipe on the Squid Ink post, she went with a bar spoon of Averna instead.

This cocktail isn’t on the Providence drink menu but if you go on a night when she’s behind the bar she’ll gladly make it for you. She’s such a sweetheart! By the way, she calls it “The Drink That Shall Not Be Named,” but you can still ask for it as “that bruleed persimmons cocktail.” If you love persimmons, you’ll love this drink. At least I loved the original incarnation I had, which was comped by the way. Not too sweet, fairly light and no, it doesn’t mess up my no-dessert December streak.

I’m definitely going to have to go back and check out version 2.0.