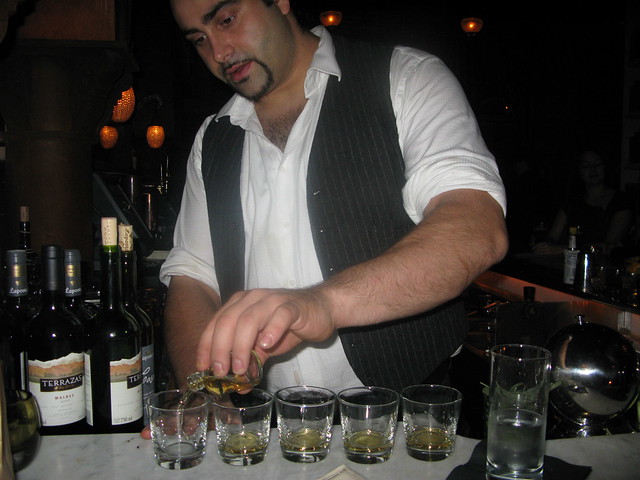 Looking around Hemingway’s Lounge, a new Hollywood bar marked by high ceilings, floor-to-ceiling bookshelves, wall of old typewriters, and artwork, I half expect the big guy himself to be sitting at one end of the bar mumbling and nursing a daiquiri (recipe for the Papa Dobles, a daiquiri created for and named after Papa Hemingway). But, no, on a Thursday night the bar, which took over the old Ivar space, is filled with fashionistas, artists and Industry types. A red velvet rope and a couple of burly security guards guarding the entrance on Hollywood Boulevard don’t enforce a dress code but there is an “attitude code,” aka no drunk guys. Young Hemingway would have been able to breeze in here with F. Scott and Zelda for sure. Old Hemingway? Not so much.

This gorgeous ode of a cocktail bar to writer Ernest Hemingway was created by clubby bar impresario Johnny Zander (The Green Door, Teddy’s and Tropicana Bar), himself a huge fan of the man. And, if you never really appreciated Ernie’s works before, you will now that the menu offers not only his Death in the Afternoon champagne cocktail (made with blackberries and sour) and Hemingway’s Daiquiri but cocktails named after his masterpieces like “The Sun Also Rises” and “For Whom the Bell Tolls.”  Bartender Alex Straus, you may remember him from the Table 20 contest back in September, created the drink menu making sure the cocktail names suit the cocktails themselves. Not to say he’s going for that marlin taste with the Old Man and the Sea but that the location of the story will inspire the ingredients of the cocktail.

However, this naming convention doesn’t really apply to his new winter cocktail menu but, honestly, who cares? Certainly not me or my drinking companions that night, Thirsty in LA, EstarLA and Social Domain LA. We were invited by Alex to come check out the three new winter drinks when we also managed to enjoy one of the best Manhattans I’ve ever had, along with various shots of unusual spirits and spontaneous cocktails. All drinks were comped.

But back to the winter menu. My drinking partner, and the “he said” to my “she said,” John of Social Domain LA, once again agreed to offer his thoughts to accompany mine on some shared drinks, the winter cocktails here. Here are our tasting notes: 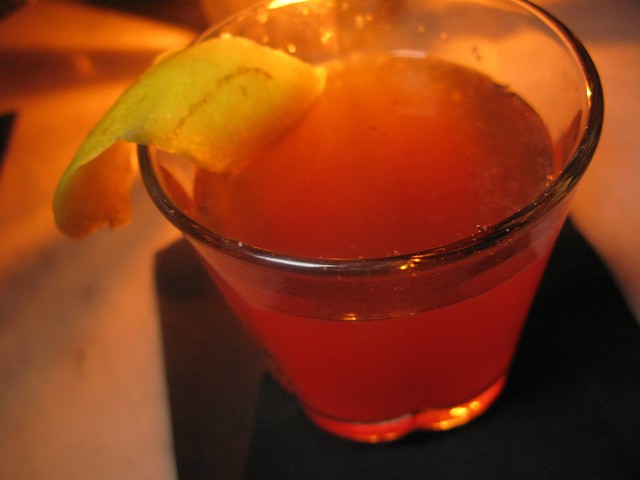 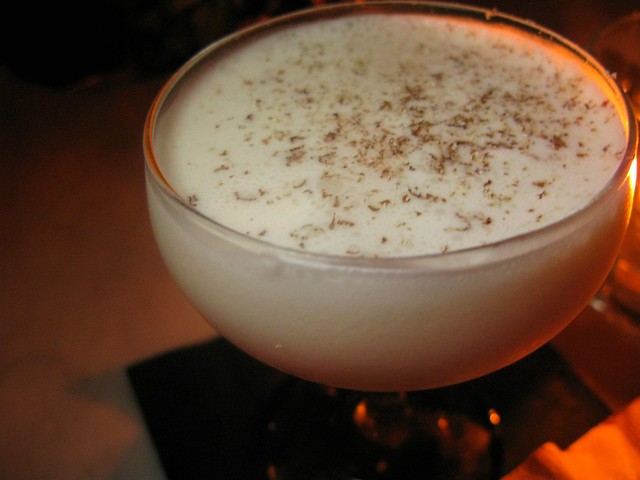 Hemingway's Nog: Tastiest nog there ever was. 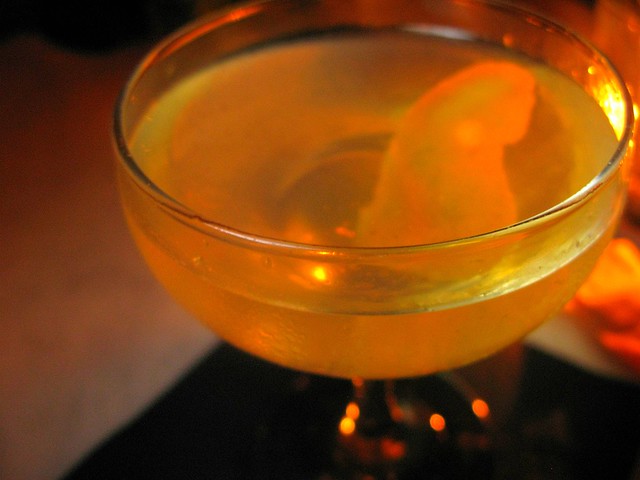 We also tried one of the standard cocktails, the Movable Feast, which is the only rye cocktail on the menu. Also made with sage, honey, lemon and Bon Vivant’s gold rush bitters, John thought it was “fun in a glass” and “luckily not sweet” while I appreciated its subtle taste of sage in the beginning but lamented that when the sprig wasn’t removed right away, the cocktail tasted Christmas tree-ish. 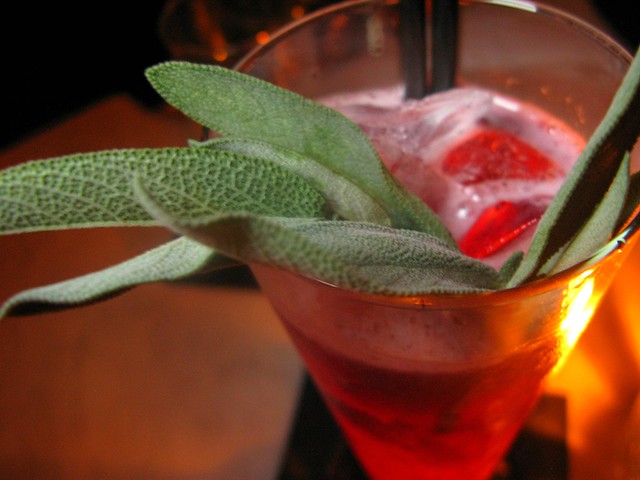 Movable Feast: Not on the winter menu but still festive.

However, it was Alex’s Manhattan, made with Whistlepig Rye, Carpano Antica Formula and bitters, that stayed our yearnings for more cocktails. Perfect as it was, we had no problem ending our night at Hemingway’s Lounge with this bit of heaven in a cocktail glass.

Whistlepig, a new 100-proof rye created by former Maker’s Mark master distiller Dave Pickerell, is the talk of the whiskey world and when incorporated into a Manhattan it succeeded in adding even more depth and character to this, my favorite cocktail. John, a big-time Manhattan drinker himself boldly claimed, “This is easily in the top 5 Manhattans in Los Angeles.” And I would have to concur. It has set the bar pretty high and ruined me for all other Manhattans.

I really can’t wait to come back, preferably on an off night like Tuesday or Wednesday or even before 9 on Thursdays when the crowd is a bit sparse and mellow, the lights aren’t so dim and I can grab a seat at the bar to chat with Alex. Thirsty, Estar, Social and I are thinking of claiming that corner of the bar and making Hemingway’s our own modern-day salon, except with bloggers. The plaque is at the engraver, as we speak.