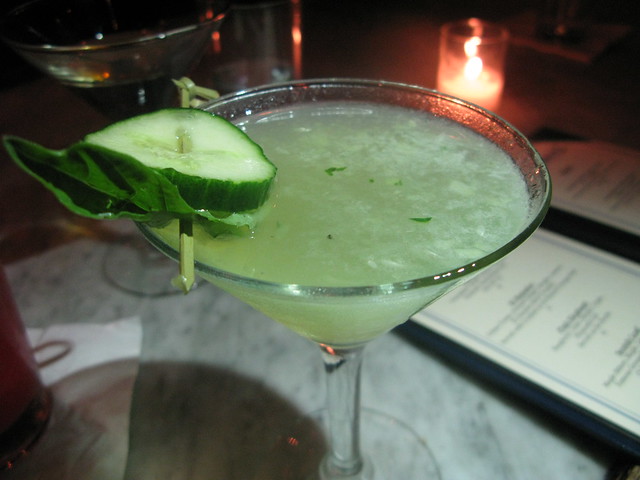 You’re hanging out with your pallies and they’re looking to you to call the next drink destination. But it’s gotta be something low key, none of this frou-frou stuff. Just because you’re a lady doesn’t mean you dig on the sugar water.

I’m thinking Dominick’s in West Hollywood. They just kicked off their new fall cocktail menu (prices range from $10-$13) last Thursday and even though it was a Rat Pack destination back in the day (what wasn’t?) it presents some respectable girl drinks. Case in point, that fall drink list.

I had the chance to partake last night, walking over to Dominick’s after a swinging shindig at Petrossian West Hollywood. Once I texted fellow Petrossian party-goer Thirsty in LA (aka Daniel) a photo of the Dom’s Manhattan and Pink Elephant, both new cocktails, I was sipping on he said he’d be right over. Soon bloggers Savory Hunter and EstarLA followed, joining us at the back bar on the patio.

Chris Newcomer, Dom’s manager, played our gracious host, trotting over cocktail after cocktail — which were comped — to sate the thirsty group.  Here are some of my fave drinks on the new menu. 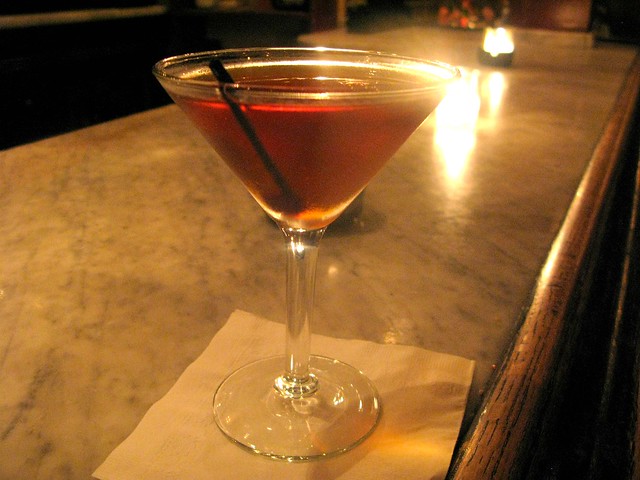 Unfortunately since there seems to be a worldwide shortage of Rittenhouse 100, the bar made do with Old Overholt, which was OK, but didn’t have the kick of the 100. Now, I love a good Manhattan as much as the next girl and this one was decent with a nice balance of vermouth and rye. Yet for some reason it was watery. Manager Newcomer said that the only way that could happen, since the bartender hadn’t shaken it, was if she stirred it too much, which he said she didn’t. So hm. In any case, I wouldn’t kick this Manhattan out of bed. 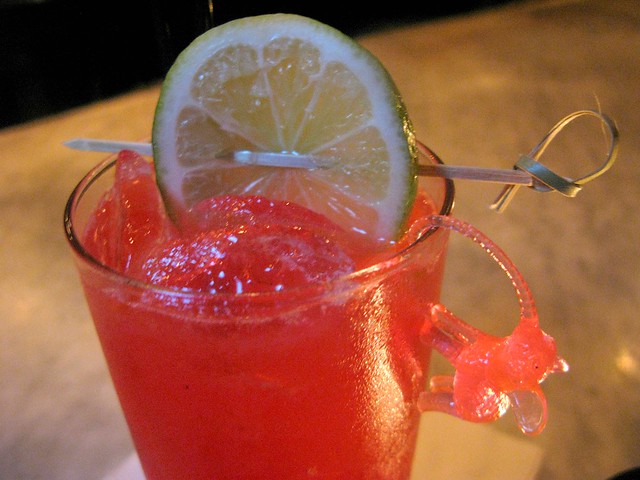 Sure, this looks like a girl drink, especially with its dark pink hue and that adorable pink elephant garnish, but surprisingly it wasn’t as sweet as you’d think. Maybe on that first sip but after the second and third, it mellowed out to something downright delightful. If you were looking for Dom’s popular raspberry lemonade cocktail, this baby replaced it. Just don’t ask to replace the gin with vodka, you joker, as apparently many customers have. The gin works well with the raspberry and to use vodka instead would just make for a too-sweet drink. 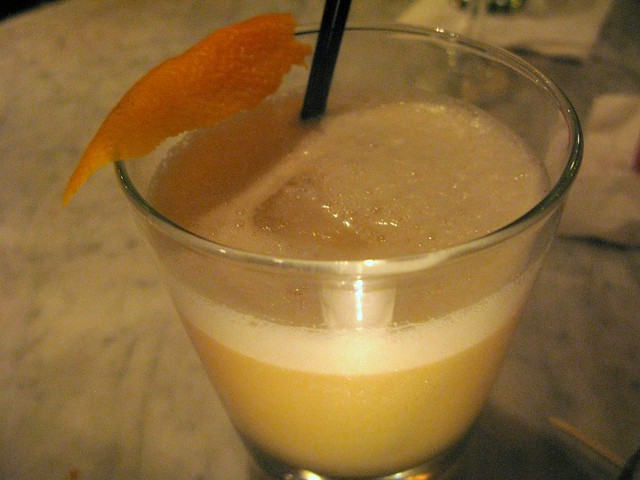 My favorite of the bunch (it was actually the only drink I finished), followed by tequila cocktail, El Matador. Not smokey, despite the use of scotch, and done up like a sour. This one was not for sharing. 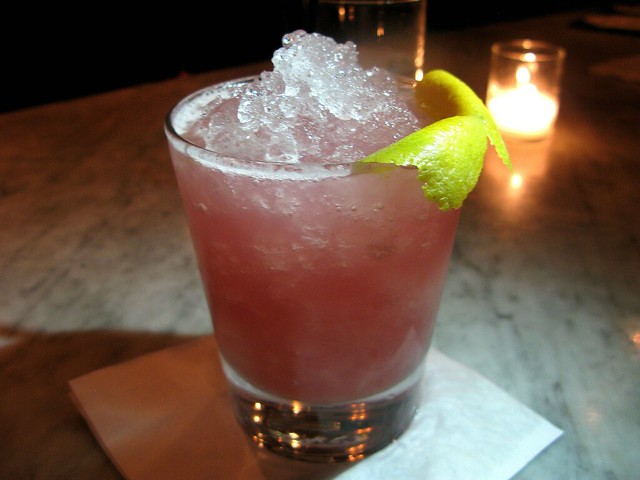 It’s pink and made with tequila, why would you take this original cocktail seriously? Because our motley crew of drinkers proclaimed it a favorite. You only taste the tequila on the finish, while the violet comes to the forefront, perfuming your palate. A pretty-pretty girl drink. Light but leaves an impression.

The other cocktails in the new repertoire are the Southside ($12, pictured above) with Damrak gin and an Italian 75 ($11) with Plymouth Gin (it’s Italian because it’s made with prosecco instead of champagne like a French 75). The Moscow Mule and Mint Julep, respectable girl drink classics, have also been carried over from the previous menu. 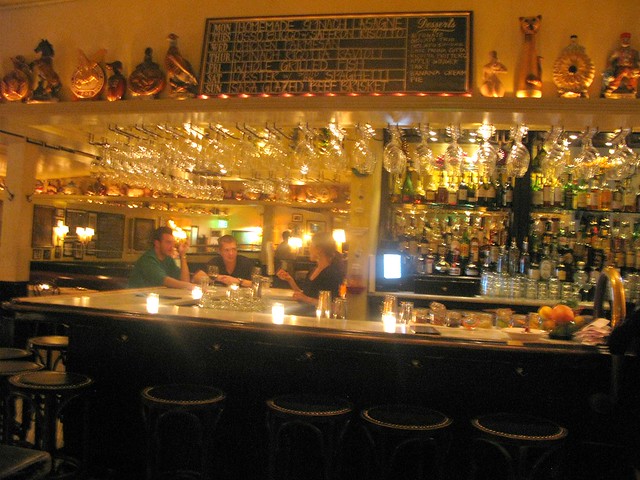 With Dominick’s quaint bar near the front entrance, small back bar (open every night except Monday) and the recently renovated side patio complete with fireplace and cushy patio furniture, I’d say it’s a swell place to grab a quiet cocktail. Especially in light of the fact that it seems like not many people realize it has a cocktail program. Delicious Italian fare, sure. Cocktails? Not so much. And sure, the bar closes early most nights, but it would still be a great jumping off point for the night, with the next stop being Roger Room on La Cienega.