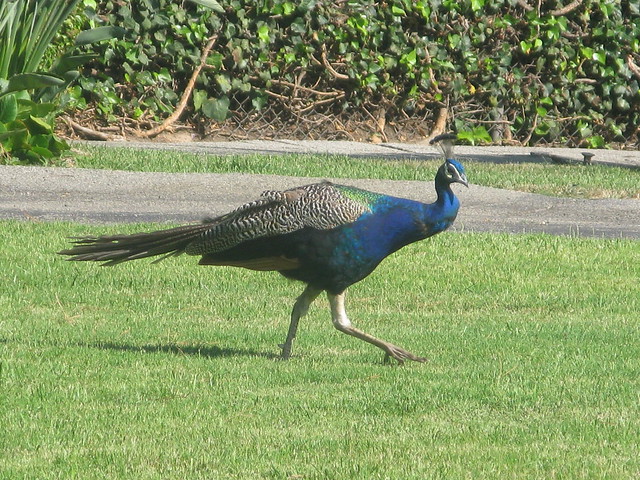 I thought H.C. of LA/OC Foodventures was crazy. He had planned an urban hike from Glendale to Arcadia in the heat of July this past Sunday. It would be 14 miles of Colorado Boulevard. And as with most urban hikes, the stretch of road that Angelenos usually motor through to get from Point A to Point B with nary a glance at the scenery. There would be MANY boring parts, empty lots, strip malls galore and the occasional hidden gems.

Naturally, I didn’t want to do the whole 14 miles he mapped out. For his previous Robertson and Beach Boulevard ones I did 7 miles max. So for this one I opted to instead meet up with him at the “4 or 5 more miles to go” point which he had said would be at Colorado Wine Company in Eagle Rock. It wasn’t until we were at La Grande Orange in Old Town Pasadena (4.5 miles into it) that I realized we still had over 6 miles to go til we reached the end point of Santa Anita Racetrack. D’oh!

Fortunately, HC was game for cheating a bit and hopping on the Metro at the Del Mar station and taking it to the end of the line at Sierra Madre, about 3 miles from the final destination.

In any case, even though I grumbled a bit, OK a lot, in the beginning while the sun beat down on my back and the straps of my freebie backpack cut into my shoulders, I grew to enjoy the walk and the fact that there was a lot to see, stuff you wouldn’t notice while speeding by in your car.

This walk has really made me consider moving to the Eastside. Love the transportation system, the restaurants, the stores and above all the transportation system. Yeah, I said it twice. But it’s really cool to be able to walk, bike and Metro everywhere. Anyhoo, can’t wait to see what HC plans for the next Urban Hike. He’s toying with another beachy one…in October. Oh, HC.