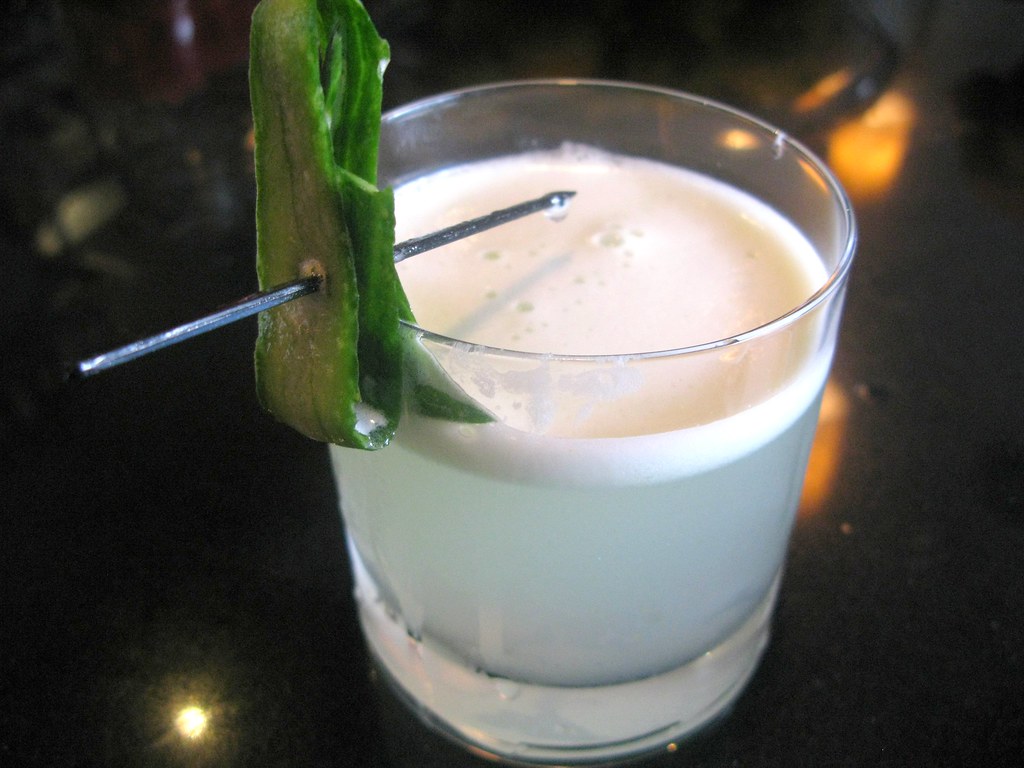 I’ve got two bits of good news for you cocktail fans: 1) The very adorable Joseph Brooke, the director of beverages for the Edison, has joined molto bello Vincenzo Marianella of Copa d’Oro in his cocktail consultation business, MyMixology, making them possibly the sexiest cocktailing duo in L.A. And 2) Joe and Vincenzo have revamped the cocktail program at downtown’s Nick & Stef’s Steakhouse!

That’s right. This wine-intensive Patina Group restaurant didn’t really give too much thought to its cocktail list before, equipping it with date-friendly girly drinks like the Banana Popsicle (egad!) and other Dekuyper-heavy cocktails to keep the arm candy of businessmen happy. So Vincenzo created a much-needed cocktail list of classic drinks and fresh ingredients and Joseph has helped put it in place at the downtown bar/restaurant as well as corrected some of Vincenzo’s English on the list.

The two didn’t simply give the bartenders there a list of color-by-number recipes and leave them to their own devices. “We’re teaching them the format, the method of creating their own cocktails,” Joe said. “We’re sort of screwing ourselves out of more business but ultimately we want the bartenders to start taking ownership of the program so they start maybe making their own cocktails and it’s good enough so maybe in the next menu they’ll put in one of their own. And that’s our goal with this place.”

The duo also did an extreme makeover of the bar’s shelves getting rid of the sticky, dusty bottles of Dekuyper, upgrading the well booze and introducing quality mixers like Aperol and Brizard. “That whole third row up there was all Dekuyper and probably has never been touched for god knows how long,” Joe lets on. “So we were more focused on changing up the liqueur because that provides much more flexibility when making a cocktail.”

The brand-new cocktail menu, which is comprised of about 14 drinks ranging in price from $11 classic cocktails to the $16 Smoke of Scotland (a Vincenzo signature cocktail),  has already been in effect for about three weeks and has attracted more clientele and intrepid drinkers as well as offered the regular customers ways to develop their palates. Numbers are up and the outdoor patio has been a-buzzing with 9-to-5ers eager to soak up the summer sun while enjoying some tasty, refreshing drinks. 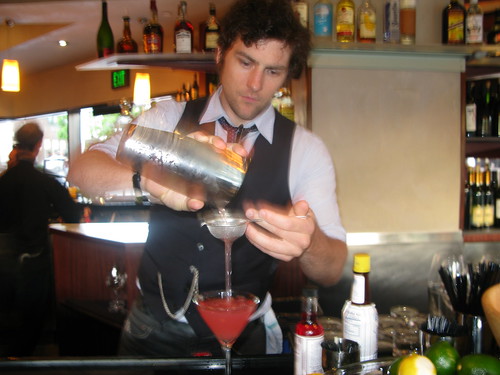 Joseph taking over the bar.

For now the menu is only for the bar area but eventually the guys hope that the servers will get involved in the new program where they can recommend cocktails for dinner. “It would be tricky because obviously you would make more money selling wine but it’s just so much more an in-depth experience to start off with cocktails,” Joe said.

MyMixology is also hoping to eventually offer a different take on the Bartender’s Choice at Nick & Stef’s where patrons can choose between the Nick’s Choice, an aromatic cocktail, and Stef’s Choice, a sour.

Unfortunately the bar/restaurant doesn’t have late hours, not really conducive to bar hopping, and is subject to the downtown flow of things but if you swing by before 8pm you’ll make it before the place turns into a ghost town.

But just in time for the warmer days of summer, the restaurant will be doing BBQ on the patio every Thursday night starting tomorrow July 1. They’ll be serving up burgers and bites right off the grill from 4:30 to 9pm. Work that in with the weekday happy hour from 3pm to close where you can get MyMixology’s delicious classic cocktails like the Kentucky Buck with Old Crow Bourbon, ginger and lemon juice and Tommy’s Margarita for $5 and you’ve got yourself a fun weekday party.

To see the recipe for one of the more popular new MyMixology cocktails at the steakhouse, head for the jump…

Dry shake and strain into an Old Fashioned and garnish with a cucumber strip.