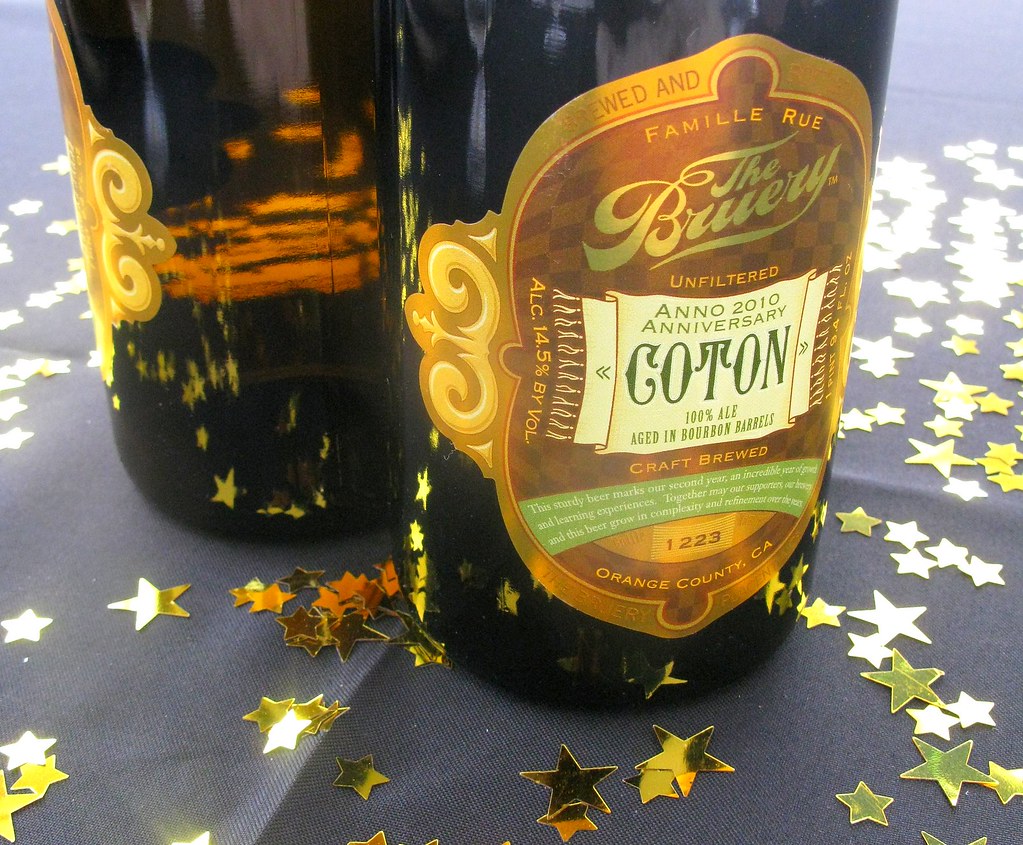 I’ve always wanted to check out The Bruery‘s tasting room way the hell over there in Placentia*. Mmm, all that good beer and apparently they’re the best place to fill a growler (you have to buy their growler, though, which is $10). But I just couldn’t bring myself to travel 40 miles and five different freeways to get there. However when H.C. of LA/OC Foodventures invited me to be his guest to the brewery’s **2nd anniversary celebration**, well, of course I had to say yes. The celebration promised **10 tastings, yummy lunch by Beachwood BBQ, waffles and chocolate-dipped bacon and the release of the 2nd anniversary limited-edition old ale, Coton. Oh hells yes I was going!**

Fortunately the celebration was spread out over two days and broken up into 3-hour stints. That way there weren’t any horribly long, slow lines for the taps or even for the food. Such a well-run and organized event. And the pours were generous for tastings; about 5 ounces for the beer under 10% and 2 ounces for 10%+. I started slowing down after the fourth beer but was able to power through to the eighth.

Out of the ones I tasted — all great beers — I loved the Trade Winds Tripel, an unusual summer seasonal that uses rice and Thai Basil; Einer’s Folly, a delightful porter; and the bourbon barrel aged Coton, so rich and cognac-y. BTW, to see how the Coton was made, check out this LA Brewer blog post which includes cool pics of the process. Even though the Bruery wasn’t selling growlers of any of the beers at the event, I just had to buy an empty growler with the promise of coming back. Because I’m gonna.

If you want to fill your growler, here’s what they had on tap.

What also made the event for me was hanging out with some of my favorite Tweeps/blogger buddies like Josh of Food GPS, Ryan of the Surly Goat/Verdugo Bar and BeachBum Chris the LA Craft Beer Examiner. Christina aka the Beer Chick kept me and H.C. on a tight drinking schedule, figuring that we only had about 15 minutes to spend on each beer if we were going to taste 10 in three hours. Of course, I let her down but at least the people in the parking lot coming in for the next event were happy; I gave them my leftover drink tickets.

BTW, you can also buy bottles of beer, t-shirt and hats at the Bruery’s store. And visit the tasting room on Friday and Saturday 4-10pm and Sunday 12-6pm.