Q&A With Bobby Green, Co-Owner of The Thirsty Crow 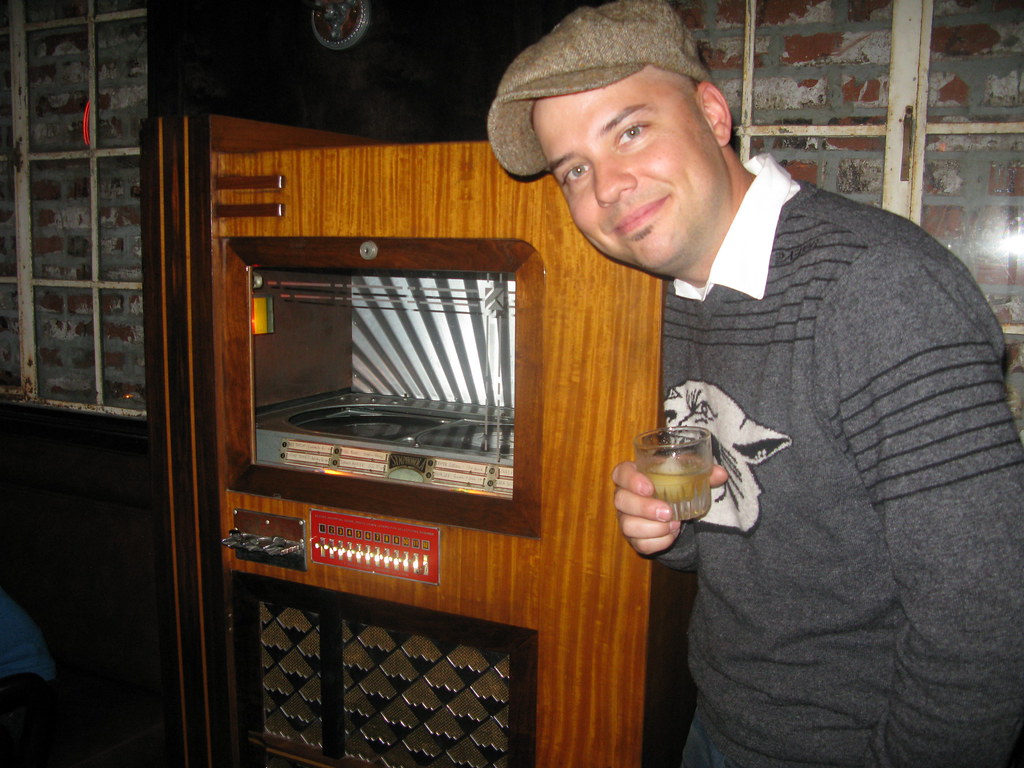 Last week Silver Lake’s newest bourbon bar, The Thirsty Crow, opened its doors to a neighborhood eager to say good-bye to former occupant, Stinkers Truck Stop. Now, in the place of steaming skunk butts there are antique wall sconces, beer cans are cleared away for a bourbon barrel and the trucker-themed cocktails like the Diesel Martini and the Large Marge have been replaced with the classic Sazerac, Old Fashioned and even a variety of Manhattans. I had a chance to chat with 1933 Group co-owner, Bobby Green, about why Stinkers had to end, how a land-speed record inspired this bourbon bar, and which drink on the new cocktail menu he’s most excited about.

Caroline on Crack: Why a bourbon bar?
Bobby Green: I’ve become a huge fan of bourbon ever since Bigfoot West [a 1933 Group bar] opened. But before that I was a fan of Old Crow whiskey. It’s been around since the 1800s. I build and race racecars as a hobby. I do land speed racing. My car is named the Old Crow after the whiskey. It’s like a torpedo with wheels.

We race at the Bonneville Salt Flats once or twice a year. For the past three years we’ve gotten a land speed record. So every time we get a land speed record we have a bottle of Old Crow whiskey. So we get a record, then we open a bottle and then everyone in the pits gets a shot. And everyone that comes by the pits gets a shot. So once the bottle is empty we fill it with salt from the salt flats and then we write the date and the record and it goes on the shelf. So that’s been a tradition for years so I’ve always wanted to kinda incorporate that with opening a bar. I already planned to open the Old Crow bar. Well, it turns out you can’t name a bar after alcohol. You couldn’t open the Jack Daniels bar or the Absolut bar. So we named the bar the Thirsty Crow because it’s one of Aesop’s Fables.

CoC: What made you decide to end Stinkers?
BG: Stinkers drew too much of a bridge-and-tunnel crowd. People from Long Beach were driving to Stinkers to check it out. And we’re more of a neighborhoodie kind of thing. But it was still a little too wacky for [the locals] and they were constantly asking for better stuff, better beer and whiskey. The local crowd was coming anyway but they were like, “You should get this or you should get that.” So we just decided the crowd around Silver Lake was maturing so much more than what we could give at Stinkers. That was our goal anyway, we want to give a neighborhood what it lacks. We can tell from the four nights of soft opening people are just flocking and they’re happy. 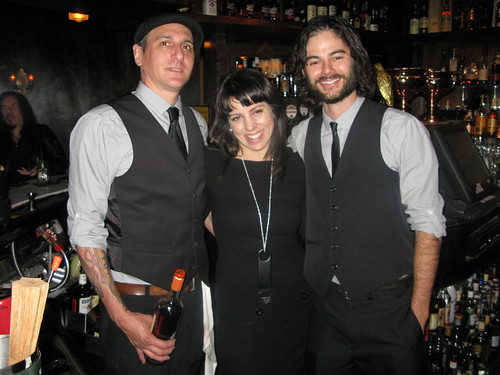 CoC: How many bourbons do you have?
BG: We have over 40 but in a month or two we’ll probably have 80. Because a lot of them are hard to get. And even though we’ve ordered a bunch of them months before we opened they’re still slowly coming to us. And ever since we opened, a lot of suppliers that carry really hard-to-find stuff are coming in because they heard about the bar.

CoC: What’s a hard one that you really want to get that you don’t have?
BG: A Willits. Willit is one of the oldest families of bourbon in Kentucky. And they make this really, really special reserve. I think they only make 300 bottles. So one of the representatives came in yesterday and he’s going to hand-deliver a bottle to us from Kentucky. A lot of these small-batch whiskies, they won’t even send west of the Mississippi because there’s no distribution system. So you’ve gotta know people or you gotta go down there, you gotta get the bottles and bring them over or you gotta go to auctions and buy stuff, the reserves they don’t sell anymore. So, we’ll eventually have the biggest bourbon selection in L.A., it’s just going to take a few months. We want to be the most North American whiskey bar. 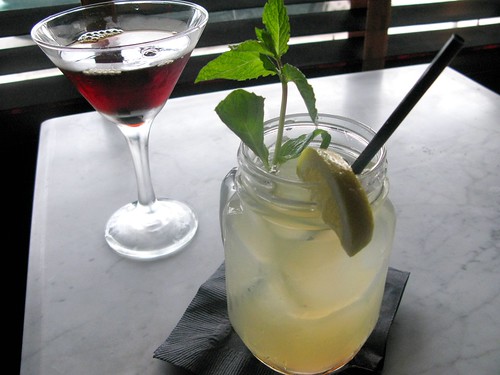 Brandon, the bourbon baron of the East [and spirits director], will be doing 10 whiskey flights on Sundays, starting May 2nd. Ten different flights and each one is three different whiskies with a water back. Some are beginner’s introduction to bourbon; the difference between whiskey, bourbon, rye; the different regions of Scotland.

CoC: What are you excited about on your cocktail menu?
BG: The Whiskey Sour is really amazing. It’s not like anything you’ve ever tried. We make our own sweet and sour from scratch.

CoC: What’s your drink of choice? Do you have the Old Crow?
BG: We do have Old Crow but that’s our well. It’s not the finest of whiskies. I drink Pappy Van Winkle, the special reserve Lot B. That’s my drink. I actually like it better than the 23-year-old. I don’t know what they did to it. It’s a little sweeter, a little more maple syrupy, a little smoother to my palate.

Starting on May 2, Sundays at The Thirsty Crow will feature a jazz brunch with local music from noon to 5pm, an open-door policy with food that you can bring in from Local next door and Bloody Marys. Whiskey flights on Sunday night are from 9pm to close and will range in price from about $20 to $120.