Happy Hour and Cocktails at Dish Bistro & Bar in Pasadena 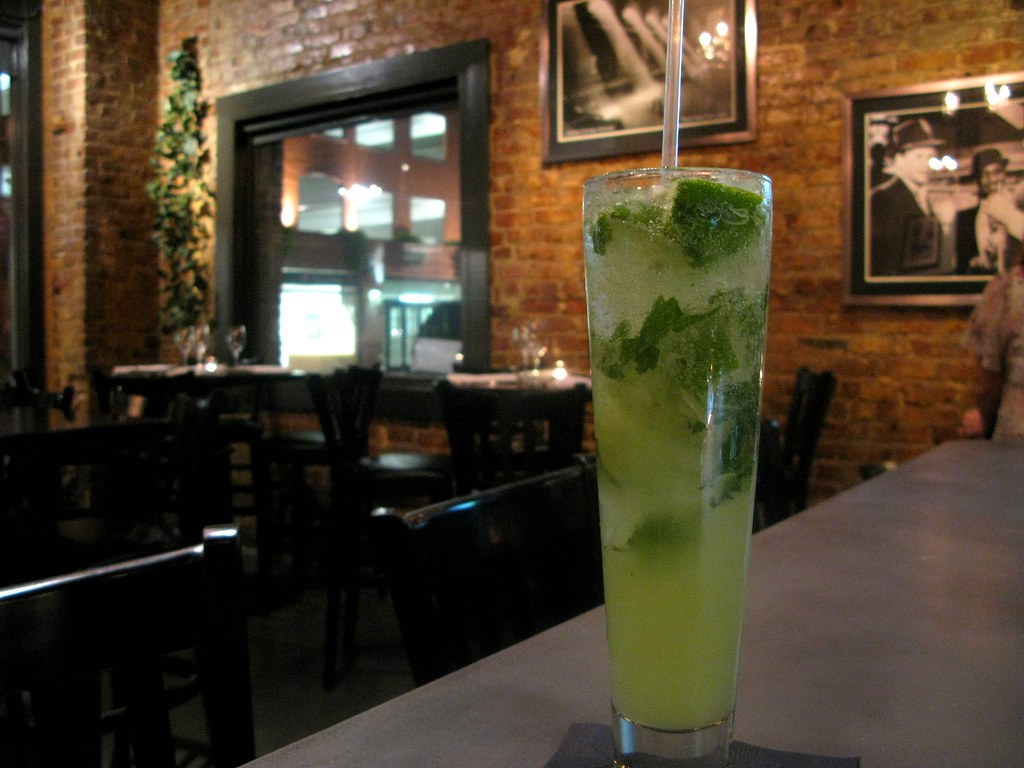 I’m rarely ever in Pasadena, especially if we’re talking during happy hour on a weekday but at the same time it’s always good to keep track of the happy hours and drink specials around town, right? So here’s this one from Pasadena’s Dish Bistro & Bar which is located off the beaten path in Old Town Pas.

From Tuesday to Friday 4 to 7pm (they’re not open on Monday), Dish has a special “3-4-5 Happy Hour” where you can get $3 bites and beer (Heineken, Amstel Light and Black Butte Porter), $4 well and $5 small plates.

FYI, for those curious about the cocktail situation here, there is a specialty cocktail menu which was created by owner Dave Johnson’s nephew, Matt Bergstrom, a bartender from up north. It consists of housemade infusions, syrups and extracts that are used in unusual concoctions.

I’ve only tried two of the nine cocktails, the Diplomatic Manhattan and the Spicy Mojito ($12 each). Both were touted as the most requested drinks on the list. I appreciated the former’s rummy take on the Manhattan and the use of vanilla extract which only provided a subtle aroma. The cocktail wasn’t sweet, which was fine. I wouldn’t go out of my way for it but it was definitely better than the mojito which was made with a Serrano chile-infused citrus rum that overwhelmed all the other flavors in the drink like the mint and coconut. The bartender thought I didn’t like it because it was too spicy, but truth was that I didn’t like it because I couldn’t taste anything else in this “mojito” other than that chile.

I think the next time I’m here, I’d stick to their bourbon or tequila neat, as they seem to have a pretty decent selection.

As for what owner Dave and Executive Chef Job Carder like to drink here? No specialty cocktails. Rather Dave is a Crown-Royal-on-the-rocks kind of guy while the chef enjoys a shot of the Hacienda Vieja Tequila, created by the originator of Cazadores tequila. I guess he loves it so much that they named the margarita, which uses the Hacienda, after him: Jobieone Margarita.