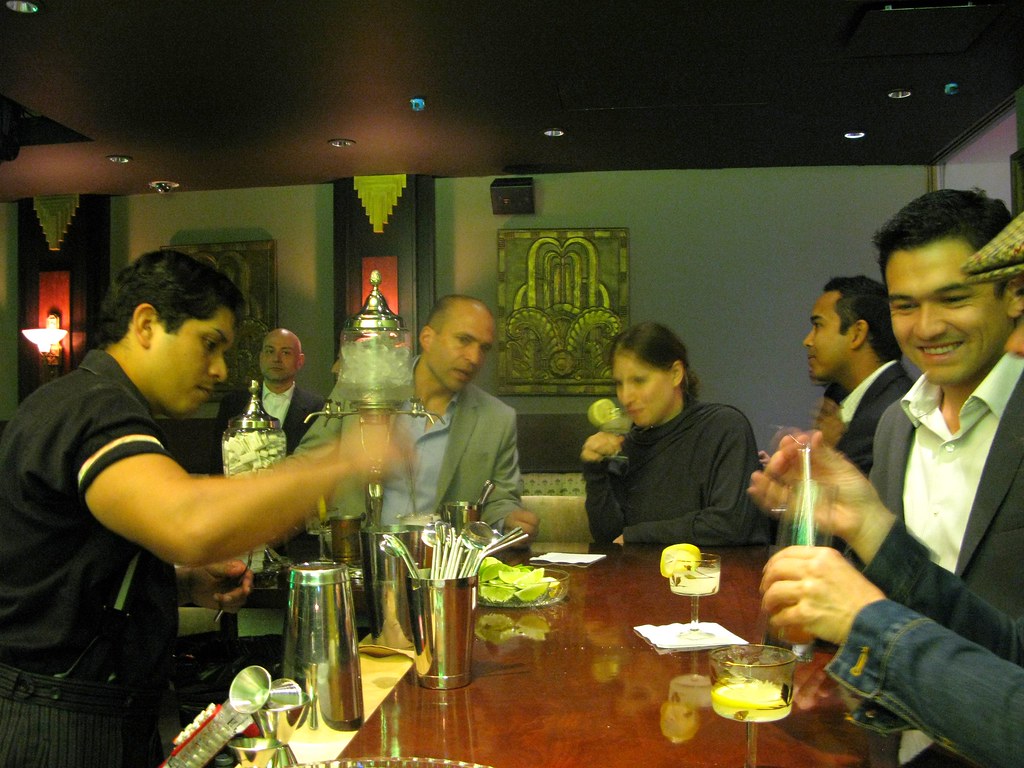 I know I already wrote about First & Hope Supper Club’s Red Rover, Red Rover event but this time I was able to get the cocktail menu!

Yup, as a reminder: Red Rover, Red Rover is First & Hope’s new bar night tonight. Yes, nearly a month before the supper club’s official opening on April 23. Like the Edison’s monthly bar night, the Radio Room, which goes off tomorrow night, Red Rover will bring in the best mixologists from all over the country who will create unique concoctions for cocktail enthusiasts to enjoy.

Tonight’s guest bartenders include Erick Castro of The Rickhouse in SF, Misty Kalkofen of Drink in Boston and Juan Sevilla of LA’s Soho House. Author of The Modern Mixologist, Tony Abou-Ganim, will also be in attendance signing copies of his book.

Here’s the menu for your drink strategizing pleasure, along with their creators in parens. Each cocktail is $12 and the bar will only accept cash tonight, no cards.

Hmm, alas no whiskey drinks for this one but La Revelacion and Little Monster’s Exotic Punch sound mighty tasty!

For sustenance, guests can enjoy their fill of appetizers and First & Hope’s signature pimento cheese balls and housemade crackers, along with mini sandwiches, twice-baked potato bites, Swedish meatballs and desserts.

And if you’ve had too much to drink, designated driver service Y Drive LA will be on hand to drive you and your car home for a fee.

Hope to see you there!