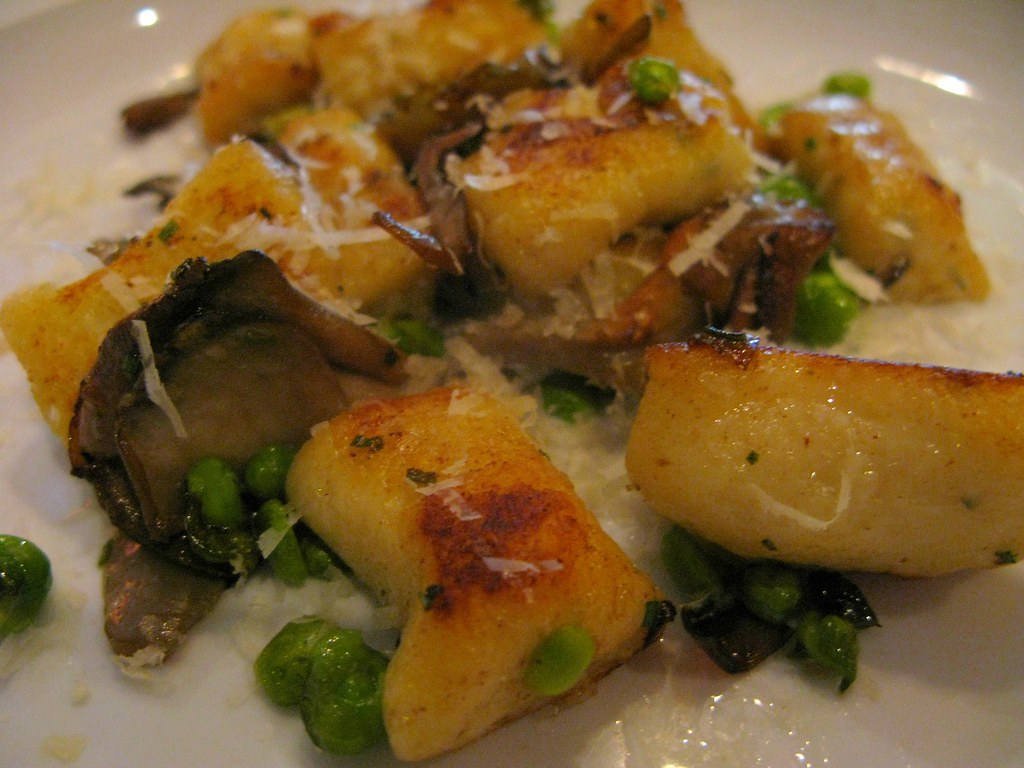 Oversalted gnocchi. Return it or deal with it?

You’re at a nice restaurant and discover that your entree is not up to snuff. Maybe it’s missing the goat cheese that was listed in its description on the menu, maybe it’s supposed to be a hot dish and it arrives cold. Do you a) complain to the server and ask the kitchen to remake it or b) keep quiet and power through it?

As my foodie friends can attest, once you get in the habit of dining out a lot, you develop standards and then it just gets hard to suffer through a bad meal. We gotta say something. I’m not saying to complain just because you ended up ordering something you didn’t like, but rather if the dish is basically inedible.

“But what if the kitchen spits in my food because I complain?” you ask. I know, there was a time when I feared that, too, but then realized that the kitchen does not take these things personally and if you handle the situation right then chances are your redone dish will remain spittle free. 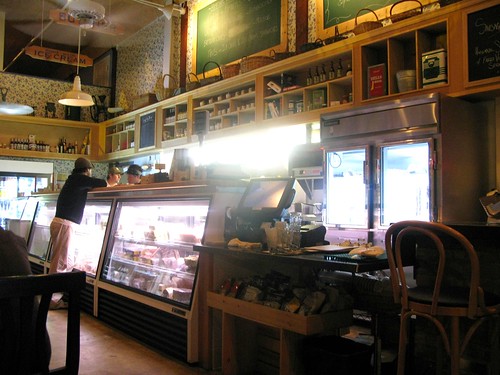 I found this out with blogger friends Esther, Lindsay and Maya at our dinner at The Mercantile in Hollywood. We were using of our Blackboard Eats code to score the $20 three-course prix fixe dinner.

Our first course, the endive salad with dates, watercress, smoked almonds and warm goat cheese was divine. Even though it was pretty salty it was balanced with the sweetness of the dates, the tang of the goat cheese, and the freshness of the endive and watercress.

However, our next course of gnocchi with mushrooms, peas and parmesan didn’t fair as well with all the salt. Since there was nothing to balance out that very pucker-inducing seasoning, each bite just got more and more salty. I could feel kidney stones developing, heh. “Maybe they want us to drink more wine,” I joked. But the girls weren’t having it. Finally Esther flagged down the server. We calmly and very nicely explained how we thought the dish was unusually salty. “It tastes like it has potential to be good but the salt just ruins it,” we pleaded our case to her.

She listened carefully with nary a trace of attitude or defensiveness and then asked if she could take one of our dishes, since we had all four ordered the gnocchi, and have the chef sample it. After a short while she came back to tell us that Executive Chef Kris Morningstar said he’d redo our dishes. So nice!

Well, turned out he didn’t after all but the “managing chef” did. “Now it seems like he undersalted it,” Lindsay said. I was about to agree because it seemed so after tasting the really salty gnocchi, but then I continued to pop the delicate pillows of gnocchi in my mouth and savor the mushrooms. No, it was much better. You could actually taste everything now. In the salad that saltiness was fine but here it had nothing to play with. There was no sauce in this dish, no greens. 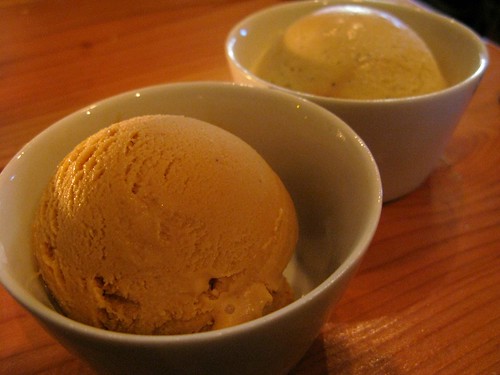 After scarfing down our entree we were relieved that we took a stand instead of just silently suffering through the meal and perhaps complaining about it in a blog later.

Bonus was that apparently Mercantile was so sorry that we were initially unhappy with our meal that they only charged us for two of our prix fixe dinners. Of course they didn’t have to do that but it was so nice that they did.

I used the extra money I saved to purchase an extra scoop of ice cream ($3) for dessert and a pint of vanilla bourbon ice cream ($7) to go, which by the way was sooo bourbony and delicious that I felt like I was cheating on my booze fast.

So what do you do when you’re not happy with your meal? Here are some tips. If you’ve got some of your own, feel free to voice them in the comments:

Now, we were lucky that our server at The Mercantile was very accommodating and friendly. Really great customer service in this instance. At other restaurants, that might not always be the case unfortunately.

At Capitol City in Hollywood when I had sent back a cocktail because it had more St. Germaine than Maker’s, my server came back with a drink that simply had a shot of Maker’s added which completely ruined the drink. But all one can do is be diplomatic. And if you still get bad service, i.e. the server is rude or refuses to remove the item from the bill even when the issue isn’t fixed, reflect that in the tip.

For more suggestions, check out this handy “foodie flick” about “How To Send Food Back at a Restaurant” on Slashfood.