How To Order a Drink at the Edison's Radio Room, & Last Night's Recap 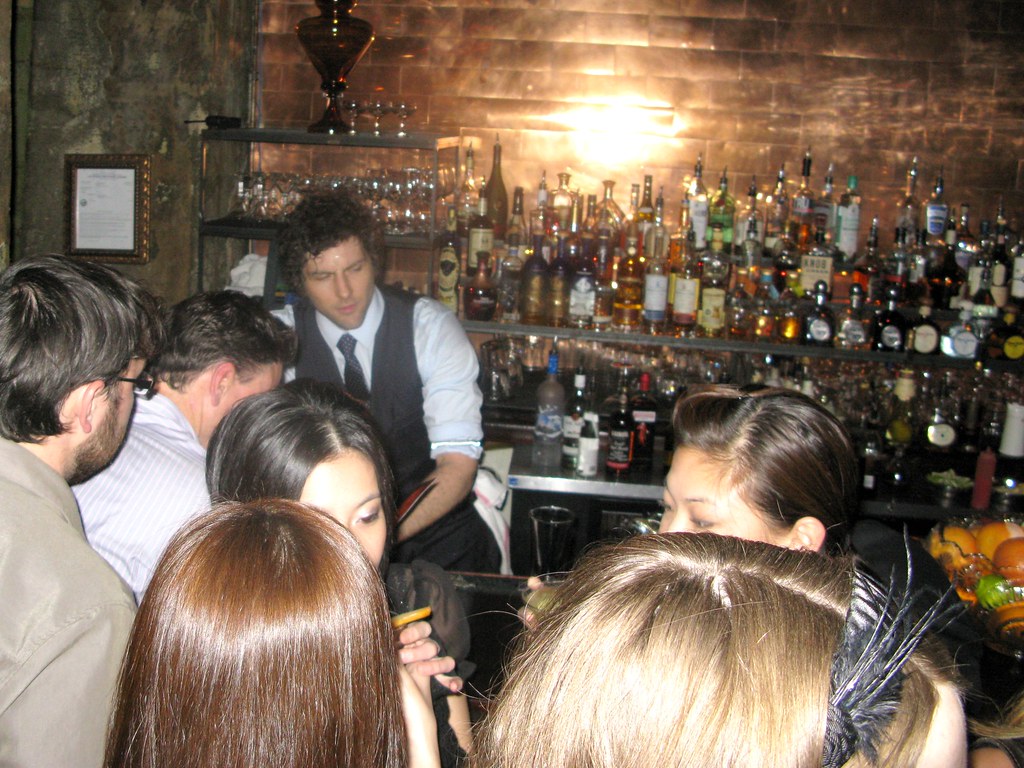 Trying to get to Joe.

By 10:45pm, I was done. My friend Dre and I had sat on the same bar stools at the Edison’s uber-packed Radio Room night since 8 but at this point we (read: me) were tired of getting leaned on by drunk girls, projectile flirted over by drunk girls and spilled on by drunk girls as they tried very hard to interact with our bartender of the evening, Erick Castro. He was behind a wall of people and behind a bar, it ain’t happening, ladies, sheesh! Now get OFF me! 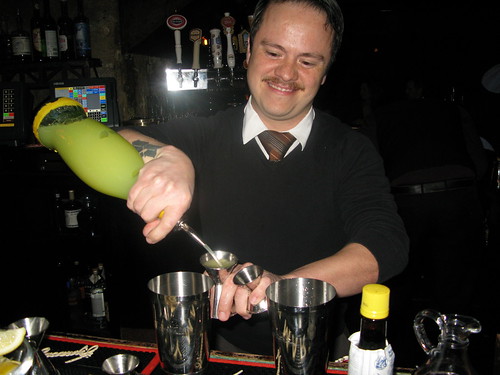 But I can’t say that I blamed them. Erick is a well-known mixologist from San Francisco, more specifically Bourbon & Branch and the new Rickhouse. And tonight he was serving up a couple of his tasty specialties. Since he was one of three of the featured bartenders of the evening, he was in very high demand so ordering drinks from him, Brian Miller (New York’s Death & Company) and the Edison’s new director of spirits, Joseph Brooke, was a near impossibility.

Ask my blogger friend estarLA, who gave up in a huff after waiting 15 minutes only to be passed over by Erick for the Amazonian flirty drunk girl who “paid” for her drink by shaking a cocktail while giggling. Or ask dapper Daniel Nelson, partner of Steve Livigni at cocktail consultation firm Top Notch Beverage Consulting, who waited patiently with everyone else to catch Erick’s eye. Or ask the other seven groups of people leaning forward around that corner of the bar, staring at Erick as if trying to will him to come to them.

You’d think I had it made, perched on the bar stool right in front of Erick’s station but even then it was difficult to get drinks. Because he was used to us being there. New people got recognized and served. I know he helped us as best he could. Erick could only make two drinks at a time and there were no backup bartenders handling the non-featured drink orders. So people ordering kamakazis and White Russians — yes, they were there — were taking up Erick’s valuable time and cocktail skills. 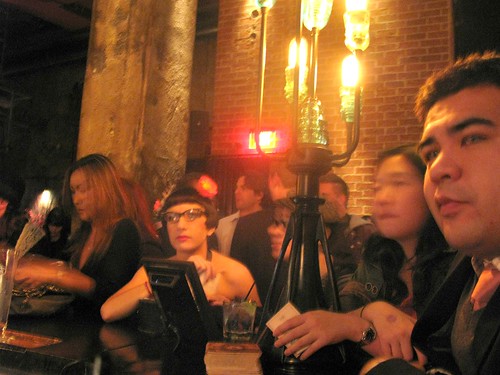 Strangely enough, people didn’t seem too bothered by all of this. Folks seemed grateful to finally get their orders in. Some even still had the energy to gush like starstruck teenyboppers when Erick served them their cocktail.

In any case, I asked Aidan Demarest, the man behind the Radio Room, if anything was going to be done to improve this situation. “We’re going to double the bartenders,” Aidan reassured me.

The Radio Room had started off as an intimate speakeasy night spread by word of mouth and has since exploded into this must-do monthly bar night getting written about on the likes of UrbanDaddy. It’s gotten too huge.

I should have suggested that they should also have a designated area for people to order drinks that aren’t on the cocktail menu, i.e. wine, Herradura Silver straight, White Russians. Let the other bartenders take care of those while the featured bartenders focus on their own cocktails.

In the meantime, here are my tips for how to get your drink quickly, or at least quicker than the norm, at the Edison during Radio Room:

So as you know, I’ve given up booze for Lent or until the end of March. Fortunately, Dre volunteered to be my taste tester for the evening, and in exchange I was her designated driver. Dre and I go way back so even though she’s a vodka soda girl she knows my taste in cocktails. 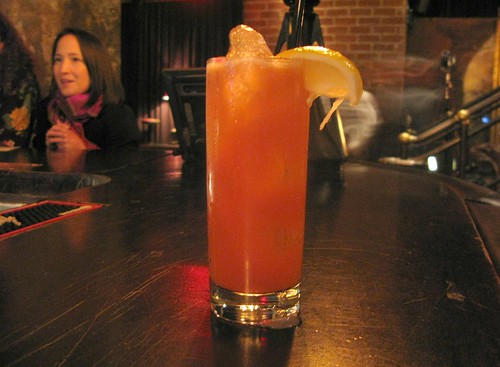 Armed with free drink tickets we, or rather Dre, were able to try every cocktail created by all three mixologists there that night. And after much deliberation, Dre decided that although Erick proved a versatile mixologist offering a variety of taste sensations in his cocktails, Brian made the tastiest drinks in her opinion.

I have to say, that I suspect my favorite would have been the Kentucky Buck, which apparently is Erick’s most popular drink back in San Francisco. I had the virgin version of this tasty concoction and I love the mix of ginger beer with strawberry puree. I can only imagine what it must taste like when you add some Woodford Reserve bourbon to it. Mmm! 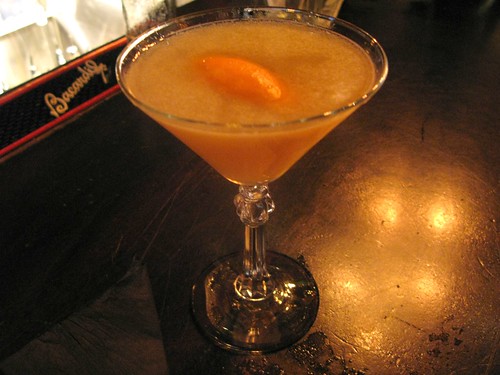 As for Joe the new guy’s drinks? Unfortunately, there was no getting anywhere near him at the other bar, where he was situated. I had ordered his High Tea cocktail from one of the backup bartenders and it did not taste good.

But Dre had been able to get a sip of one that Joe made from Michel Dozois, Neve Ice, earlier in the evening and had said that it tasted frothy and yummy, reminiscent of an Orange Julius. But the second version probably wasn’t shaken as hard and that’s why it was syrupy, “tasting like orange concentrate.” And Joe’s other cocktail, The Porco Rosso, which is made with rye, Aperol, Carpano Antica and bitters and citrus was wayy too bitter for Dre. “It tastes nice but after you swallow it, it leaves a bitter aftertaste,” Dre said.

Ah well, I’ll have to revisit Joe when I’m back to drinking and see for myself. I’ve enjoyed his drinks at Copa d’Oro so look forward to great things from him at his new home at the Edison.

POST EDIT: The PR guy for the Edison, Dan Cox, said that the next Radio Room is for Tuesday, March 30, with ?March 4th Marching Band.? It promises to have even more visiting bartenders and satellite bars to keep both the cocktail enthusiasts and Red Bull/vodka crowds happy. Yay!