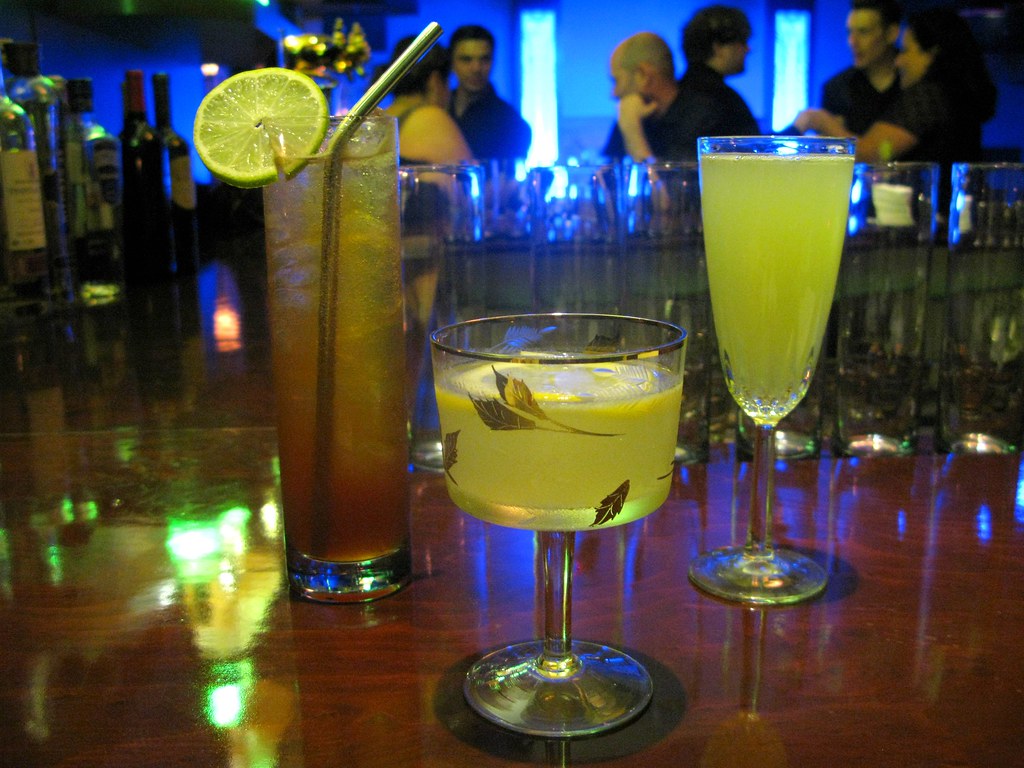 Earlier this week I had a chance to check out the not-yet-opened First & Hope Supper Club thanks to Aidan Demarest, its cocktail consultant, who was hosting a Pernod absinthe event for a bunch of journalists. Apparently the party guests started off at the Varnish and then were taken via horse-drawn carriages up the long hill to the new bar/restaurant. Poor horses. Unfortunately I wasn’t part of that group, but I did get to hang out at First & Hope with a few close friends of the bar before they arrived. 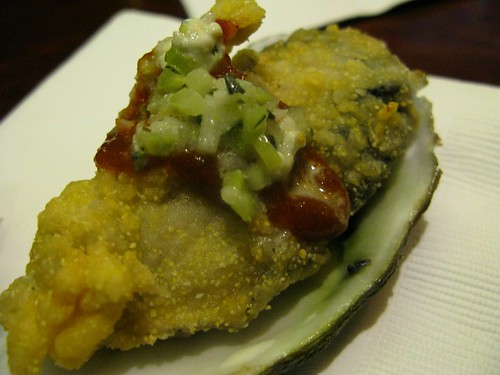 The main restaurant wasn’t opened yet, or even completely constructed as the table tops were still missing, but the back room was up and swinging complete with a jazz band and chanteuse. Appetizers offering a sneak preview of what we can expect from Memphis native and executive chef Shelley Cooper were being passed around.

I couldn’t bring myself to complete a whole strip of the chicken-fried bacon but did take a tentative bite. Shudder! Now, I love bacon but that was too much friedness for even me. But the fried oyster with barbecue sauce and blue cheese was a tasty mix of salty sweet and the oxtail bone marrow bread pudding tea sandwich was a scrumptious, rich bite o’ meatiness.

And naturally there were the cocktails. Absinthe isn’t going to be a big thing at First & Hope which will offer a more champagne-intensive 20-drink cocktail menu but for this night Marcos Tello (Aidan’s partner in their new cocktail consultation firm Tello/Demarest Liquid Assets) was serving a trio of drinks made from the green stuff. These cocktails aren’t going to be on First & Hope’s cocktail menu but here they are anyway for your perusal, complete with links to their recipes. 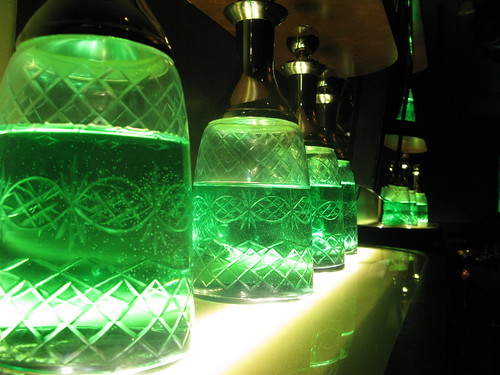 The great thing about First & Hope is that even though there will be shows, there won’t be cover charges. And although the food has been described as sophisticated Southern fare, it’ll be moderately priced. “It’s a five-star restaurant with two-star prices,” Aidan said. We’re talking a massive beer can chicken — a whole chicken cooked on a beer can — that can serve four, according to Aidan, priced at $26. He also said the 24-ounce steak will be $40 but most entrees will range in price from $14 to $24.

Normally, I’d be intimidated by a supper club. What if I don’t want a show with my meal? Well, First & Hope will also be open for lunch and for brunch, and will also serve a variety of portions for the theater-goer who’s trying to catch their curtain to the cocktailer who just wants a snack to the hungry diners. Can’t wait for this to open up on March 15…or let’s just say, mid-March.