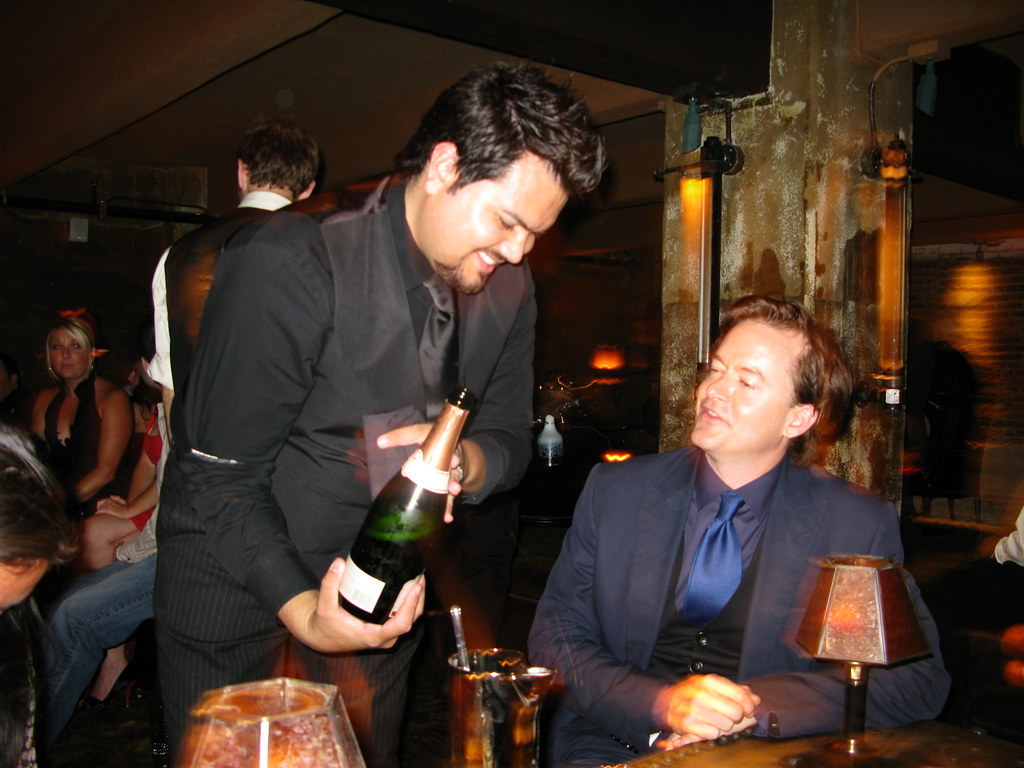 It’s a mixology musical chairs in L.A. lately what with the shake-up of Audrey Saunders leaving as partner and head of the bar at The Tar Pit and barman Marcos Tello up in the air about taking her place behind the stick*, and Joseph Brooke leaving Copa d’Oro to take over as director of spirits at the Edison — a post previously held by **Aidan Demarest, who is now serving as cocktail consultant…along with Marcos Tello at the soon-to-be-opened First & Hope Supper Club** pfew!

But before that breaking news about the Tar Pit, I got the chance to chat with Aidan for LA Weekly’s Squid Ink as he excitedly told me about his and Marcos’ plans for the beverage program at the awesome-sounding Art Deco First & Hope Supper Club. The two, who have worked together since that one whiskey bar downtown first opened in 2007, had recently started a cocktail consultation firm called Tello/Demarest Liquid Assets and were promptly brought aboard the new downtown venue to create a cocktail program that would complement its sophisticated Southern cuisine. Get the deets on my Squid Ink blog post along with a cocktail recipe of one of their drinks from their not-yet-signed-off cocktail menu.