Uh oh, I think Checkers Downtown got my beloved Copa d’Oro beat in the cheap classic cocktail arena! This Thursday from 4 to 8pm, the newly redesigned Hilton Hotel bar will be featuring $4 classic cocktails from Woodford Reserve. Yum!

And it ain’t a good happy hour without food specials of course. Fortunately for hungry cheapskates, they’ve got $4-$6 small plates of braised shortrib, veal sweetbreads, celery root and green apple soup and an artichoke, ricotta and capicola cannelloni.

If you miss tomorrow’s Four at Checkers Downtown and love vodka instead anyway, you’ll be happy to know that next week’s featured spirit is Ultimat Vodka. Yup! $4 vodka cocktails. 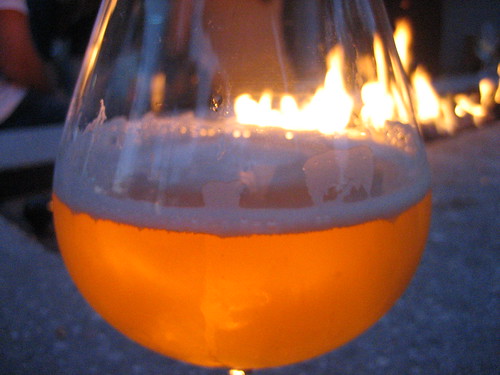 Beer cocktail not from Essex

I’ve been waiting for this since Essex Public House opened back in July and mentioned “innovative beer cocktails” on their press release. And now finally this Hollywood barestaurant has added not only beer cocktails but beer floats (all $11 each) to its already extensive list of ways to booze it up. Yes, that would be in addition to its impressive beer list (60-plus beers) that was created by Beer Chick Christina Perozzi and cocktail menu.